Words from the darkness 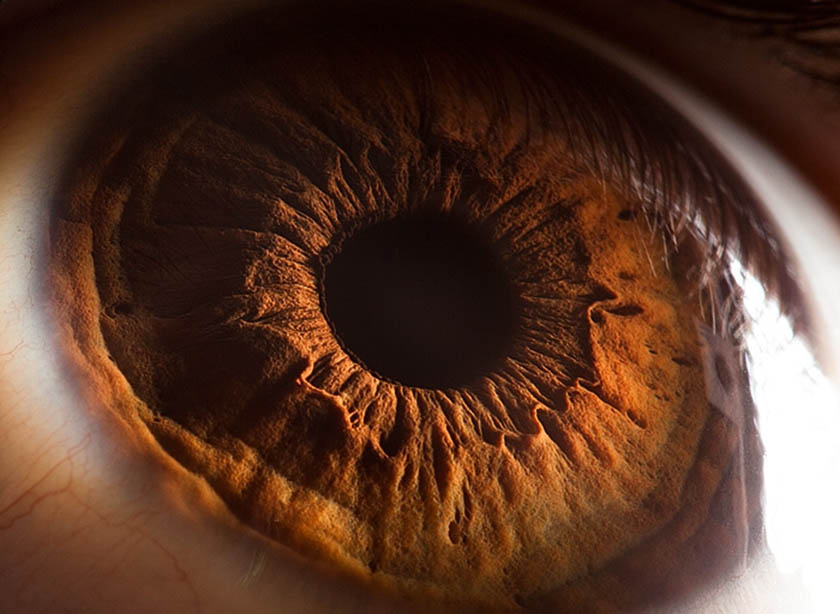 A close up of the human eye by Armenian photographer Suren Manvelyan.
I

t has been ten days since my seventeenth eye operation, this latest slice-and-dice coming only six months short of my seventieth birthday. All these ciphers and dubious milestones lead me to call my doctor and surgeon, seeking the reassurance the disease known as glaucoma does its best to make impossible. I have already lost one eye to this neurological predator, and the second, long under siege, is poised to pack its bags.

The operation, my third corneal transplants, has provided reprieve enough to tap out this essay, notwithstanding the blurry blizzard that is my remaining vision.

My doctor is already seventy. As a heady young intern in Sicily he would prowl the morgue in search of usable corneas, avid to take charge back in the days when the procedure was both rare and complex. It is this avidness, a will to beat odds, that I most like about him, thought by now I can no longer see the chuckling curl of his southern smile, that of a canny islander.

When we speak we talk of taking walks or savoring little pleasantries in a gloomy time. He asks me what I think of the course of the war in Ukraine, which in these months has come as an afterthought to me. I say what little I can, to wit that labeling the mass launch of missiles by desperate Russia as a war crime — I hear the reference time and again —would make the hardcore warrior of the twentieth century scoff. Why did the matter of war crimes not come up following needless over-bombing of German cities such as Hamburg? In part because the Allied strategists spoke from a moral high ground. I tell him that the word criminal should be used gingerly in times of war, when indignation grows on (Western) trees.

He has no life coach platitudes to give me, and in that sense belongs to another, less excitable era.

He in turn tells me of a crime novel he just read in which evil gangs traffic in eyes so that sick moguls can receive eye transplants on demand. We both snicker. Eye transplants are impossible since the eyes cannot function unless attached to the brain by the optic nerve, which my isease slowly destroys. The otherwise skilled author got his premise badly wrong. Live yes, eyes no.

But this leads me to the purpose of my call. I do not care about pretty walks in the park or even about seeing his face again, his face and others. That, I know, is for me a bridge too far.

You are a doctor, I tell him, and I am a writer. Give me only the means to write again, even occasionally, so I may keep my project, this magazine, a few more months of life.

But this is just what he cannot promise. He refuses the allure of wartime propaganda in which both sides speak with scorn or exaltation, as if only one side were ever winning and shades of grey were not constantly present. His tone is the opposite of trending web screeds. His voice has no YouTube theme music to lend it percussive authority — as many verbal essays now embrace as plumage.

He has no life coach platitudes to give me, and in that sense belongs to another, less excitable era, pre-phones, pre-hyperbole, disconnected from instant emotionalism.

I understand you, he tells me with cool kindness. But you are seventy. We are all mortal, my friend, and sometimes a doctor cab do his very best but fail to repair that which needs fixing. Sometimes understanding a problem is not enough. What is needed is not understanding but acceptance. I know you. You do the best you can. So, even with what little you have left, keep trying. Sit down and write about our chat if you wish, but do sit down and face the words or their absence. That is all I can tell you, and I tell you as a friend. Keep trying.

And let this serve as a preamble to future efforts, however modest, until all the lights go out forever.

— See “The spirit of Catanzaro.”