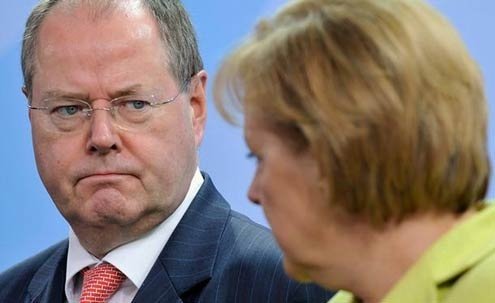 inds of change are blowing across Western economies. But the currents are slow and still faint. Somewhat timidly, major governments are beginning to react to a landmark and ever-worsening recession that has affected all of Europe, albeit to different degrees.

The agreement to partially repeal the Bush-era tax breaks reached in Washington recently offers the first glimmer of hope that the stalemate between “free marketers” and “liberals” (“conservatives” and “progressives” in the European context) may have been broken.

The free market fiscal consensus that has dominated central bank and government thinking over the last two-to-three decades may finally be crumbling. The financial sector’s overwhelming influence and growing income differentials have together become a politically unsustainable status quo in Western societies.

In 2007-2008, when the U.S. financial crisis exploded and Lehman Brothers was allowed to go bankrupt — as the dictates of free market ideology suggested it should — the failure to save the merchant bank produced deep market insecurity. As Western European financial conditions deteriorated after 2009, along with concern about the public debt and the euro’s solidity, the overwhelming “free market consensus” demanded an excessive and soon unbearable degree of fiscal austerity. Strict budgetary controls were imposed on the weaker EU states: first Greece, Ireland, then Spain, Portugal and Italy. Unless things change — and the recession is only deepening — such restrictions may soon be imposed on France and Belgium, too.

Meanwhile, inter-European bickering and Germany’s refusal to bail out weaker countries have thwarted efforts to bolster both the European Central Bank (ECB) and the euro. The currency slipped badly between 2010 and early 2012, when measures were finally adopted to strengthen the Frankfurt-based ECB and to pursue fiscal unification.

EU countries have all been affected by the recession to varying degrees. Overall, however, the political response has been dogmatic, hectoring and shortsighted. Not only is the EU paralyzed, but the U.S. and Japan are also stalled.

But the events in Greece are finally beginning to open European eyes. Though Greece undeniably contributed greatly to its own financial undoing, it was overkill by the European Commission, Germany and the International Monetary Fund (IMF) that pushed the country into an economic abyss. The troika’s dogmatic, arrogant and uncompromising approach was a perfect example of “moral hazard.” The obsessive focus on a single aspect of the problem, the Greek debt, led to a crisis of confidence that dramatically weakened the euro.

In many ways Greece is the Lehman Brothers of Europe. Humbled Greece has obviously not been rescued from its ongoing state of semi-bankruptcy. Just as the collapse of Lehman Brothers worsened the American situation, thoughtless EU policies on Greece have exacerbated the European crisis and deflated market confidence, particularly in terms of the future of the euro and European fiscal unity.

Spain and Italy (and soon, perhaps, in France) have seen dramatic drops in purchasing power. The risk of social tensions remains high, with no immediate recovery in sight. But despite the depth of the grimness, a few faint signals suggest that change could be afoot.

Curiously, it was IMF Director-General Christine Lagarde who made the first crack in the monolithic wall of fiscal conservatism. She has repeatedly labeled the recessive measures imposed on Greece as excessive and too restrictive, while hinting at a possible “go-alone plan” that would involve the IMF in helping to bail out the country.

In Italy, harsh fiscal measures imposed by now-lame duck Prime Minister Mario Monti helped shield Italy from Greece’s fate. Resigned Italians — grumbling, morose, angry — paid up, including $17 billion worth of property taxes in December alone. By and large, Italians swallowed the bitter pill. It may be their last.

February elections are expected to yield a coalition government that, with European approval, may grant cut taxes to those in lower income brackets, albeit symbolically. It may also adopt expansionary measures intended coax basic economic recovery by the end of the year.

Though such efforts wouldn’t suffice to sustain growth, they would nonetheless represent a break with the past. Similar trends are evident in France, where President François Hollande is trying, not without problems, to reform the fiscal system. The same is true in Spain.

But the key to any European solution is Germany. Chancellor Angela Merkel’s government is strongly limited by Bavarian conservative Christian Democrats, and the country’s Liberal party, both fiscal zealots deeply suspicious of the EU’s southern states.

Little is likely to change before the German elections in September. But if early opinion polls are to be believed, the new German government will require a partnership of Christian Democrats and Social Democrats, with latter strongly pro-European and far more inclined to promote growth policies.

Encouraged by the example of the Obama Administration and its stimulus efforts, the EU may well follow suit. If there’s an ideological shift away from doctrinaire anti-deficit free marketers, the mood could change as early as summer, which could signal the beginning of what will be a long march out of economic depression.