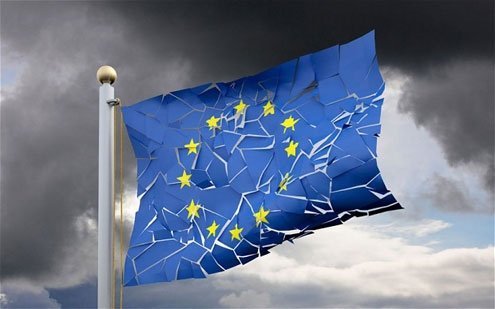 Though EU economies are recovering, the comeback falls short of even the modest.
G

erman Chancellor Angela Merkel and Social Democrat Party President Sigmar Gabriel have at last initialed an agreement to form a coalition government in Germany after unexpectedly long negotiations that dragged on for two months. This should be welcome news to European countries, most still gripped by an unprecedented recession and unable to spend their way out of the crisis. But does the deal signal the end of an era of harsh and demagogic controls on spending imposed by the German conservatives and the Bundesbank?

Yes, but not very soon.

The German course change has yet to begin, and it will be some time before it has any appreciable effect on the eurozone, presently growing at the very unsatisfactory annual rate of 0.3 percent. Officially out of recession, European economies are expected to grow at low rates – between 0.6 and one percent — over the next few years. The predicted figures are unprecedented. The end of every other recession over the last decades has ushered in robust growth rates, well over three percent. Expert forecasts suggest growth rates will not rise to match what they were before the onset of the recession, at least not in the foreseeable future.

As a result, unemployment and falling purchasing power are likely to continue plaguing EU economies and probably stoke potentially dangerous populist pressures already evident in Greece and Portugal as well as larger EU countries including France, Italy and Spain. The ongoing Syrian civil war has also played a role, producing waves of immigrants and leading to the further strengthening of xenophobic movements.

Away from Europe, the so-called BRIC countries, particularly China and India, are seeing rapid industrialization. Their fast-growing heavy industries — steel, petrochemicals and refining, cement, power generation transportation and car and truck production — are exactly the same industrial sectors that blossomed in postwar Western Europe. While no new steel plants have been planned or built in Europe or the United States over the past two decades, Chinese steel production has grown fivefold between 1980 and 2013, from just over 100 million tons to over 500 million a year. In more white-collar industries, including airlines, leadership is rapidly moving away from the older mature economies to the Middle and Far East.

Western stagnation has been aggravated by European fiscal conservatism that has dramatically undercut purchasing power. European governments have proved unable to offset the effects of the depression through public spending, and continent-wide poverty, despair and resentment have risen as a result.

Germany’s CDU-SPD coalition agreement underwrites a substantial rise of the minimum wage to abolish so-called “mini jobs” in the service industries (paid an average of €400-500 monthly). It could mean an additional €20 billion of additional spending power in 2015, roughly equivalent to five percent of Germany’s GNP, which, with luck, will stimulate new demand both in Germany and the rest of Europe. Not enough to bring about sustained economic recovery, to be sure, but a first step in the right direction.

Chancellor Angela Merkel, having lost her traditional Free Democratic Party allies (the main sponsor of fiscal rigor in the EU) is now a bit like Birgitte Nyborg, prime minister in the highly successful Danish TV series “Borgen,” a woman of principle, yes, but also someone keen to stay in office. Facing constant political brushfires and fractious currents in parliament, Nyborg-Merkel must negotiate her way around litigious politicians by making moral compromises.

Merkel’s new coalition partner, 54-year-old Sigmar Gabriel, is also a man of principle. His role model is the far-sighted and progressive Willy Brandt, West Germany’s Social Democratic chancellor four decades ago. Brandt was a key figure in the development of domestic spending and reform, doubling public spending in the early 1970s. But Gabriel is also pragmatic. Will he be able to hold the government together while gently prodding Merkel to abandon the doctrinaire austerity policy she has followed so far? For Europe’s sake, let us hope so.