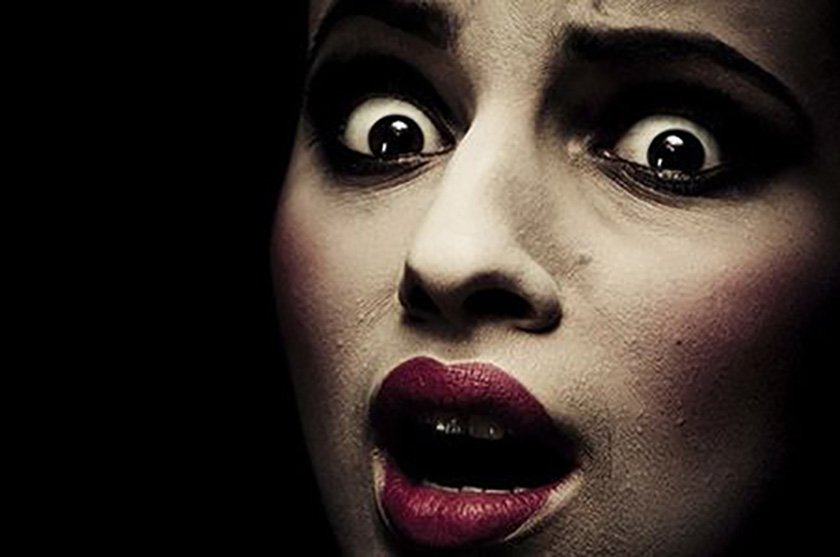 ased on a name applied to an infectious lung disease caused by a pandemic virus in the year 2020, Covid Syndrome (COSYN) is a psychological condition in which a patient cannot quash an inner belief that anyone they are in close proximity to is carrying a lethal malady. The syndrome is characterized by extreme squeamishness, social reticence, and a dislike (if not disdain) for gatherings of all kinds. Some patients suffering from COSYN communicate only using phones whose outer surfaces they disinfect regularly with an array of foams and sprays they always carry with them, usually attached to their shoulders or waist by an elastic tether known to them as a “clean-me.” Other sufferers compulsively wear medical masks or even full gas masks, often refusing to remove then when addressed by name and sometimes wearing them to sleep, frequently refusing to associate intimately with partners that do not do the same.

Covid Syndrome is also characterized by frequent panic attacks that take the form of compulsive watching of news programming or internet streaming, especially attentive to death counts of any kind from any sort of illness. In a few cases, COSYN patients have been known to speak only in ciphers, reciting numbers that appear at first to be random, but are in fact composite totals of the deaths from the virus recorded in their country or in several countries during the pandemic.

COSYN sufferers communicate only through phones whose outer surfaces they disinfect regularly with an array of foams and sprays them.

Covid Sydrome sufferers are prone to exaggeration, paranoia, and tend to refer to any social gathering, even the smallest, as “illegal” or “irresponsible.” They use the word “lockdown” when faced with even simple requests for assistance or information. In the period between 2020 and 2022, 83 percent of COSYN sufferers did not venture from their homes more than once a week and had sustained verbal relationships only with their pets. In a few cases, sufferers have actually created colonies of pets they live with, in what they refer to as “all-paw lockdowns.”

The word “lockdown” as used by victims of COSYN originates with an early 21st-century phrase meaning the complete closing of a venue, city, or even an entire nation, in the time when nations still existed.

Covid Syndrome victims sometimes monitor their parents or relatives by affixing then to a leash, so they cannot stray into territory sufferers consider “infected,” such as shopping malls or film theaters. Sufferers watched over by caregivers often suffer panic attacks if the caregiver mentions having attended a gathering, such as a child’s birthday party, and have been known to shout sequential numbers aloud. It is unclear whether these numbers refer to specific recollections of death tolls or are arrived at, say, by the random counting of clouds or birds. Caretakers are advised to tell patients they have lived alone all their lives as a soothing technique.

The afflicted are most terrified of those who cough, called “assassins,” or those who sneeze, known as “spreaders” or “feeders.”

Some display symptoms markedly similar to AIS, Alien Invasion Syndrome, which first came to public attention following a radio broadcast by the actor Orson Welles suggesting Martians had invaded earth. He was instead reading from the novel “War of the Worlds,” but the national dread was such that many citizens hid under the beds, wept, demanded explanations from pets, boarded up their rooms, and, like COSYN sufferers, refused to leave their residences because, as stated in a frequently repeated phrase, “Martians are out there!” Notably, both syndromes emerged s a consequence of speculation widely disseminated in radio and television broadcasts, whose authoritative tone appeared to mesmerize impressionable subjects into believing they were specifically being targeted (or “chosen”) by roaming aliens or vagrant viruses, and therefore obliged to protect their kin.

Some COSYN sufferers chose over time to “whack back at the bug,” in the words of Stanford virologist Nathan Prawn, author of the 2024 memoir “My Virus is Your Problem” (and his groundbreaking 2022 magazine article outlining the COSYN phenomenon, “C Means Chaos if You Want it To”).

In the period between 2020 and 2025, COSYN sufferers attacked 6,700 people labeled as “assassins” or “feeders,” with 217 deaths reported in the United States alone. When restrained by law enforcement officials, many COSYN assailants again cited “lockdown” as the motivation for their acts and insisted they had been provoked by coughs or sneezes aimed at them by “contagees,” or like words believed to refer to those who carry contagion. Sufferers generally behave in a noticeably agitated way when in public, constantly checking if there is sufficient distance between themselves and anyone nearby. For some, this distance should be at least a city block, for others 2.1 miles. Such conduct can also occur in the confines of a house or an apartment in which the sufferer will insist on “cropping out [the] risk” by sitting or standing at one end of a room in the presence of others, occasionally threatening anyone who approaches them with loose items of furniture, urns containing human remains, or out-of-use smartphones. COSYN sufferers are well-known for their tendency to shop only after midnight and flee if other “latees” approach them or if they are addressed in any way by clerks. They usually respond to greetings by staring at the floor.

The wearing of vividly colored latex gloves is another trait shared by most Covid Syndrome patients, with magenta a favorite choice. As with masks and other forms of so-called “frontal blockage defense,” these gloves are never removed and victims refuse all social contact in which they must come in contact with flesh, which in their speech patterns sounds like the word “fish.”

In a few cases, sufferers have kissed others while inebriated, but once alert often spend hours washing their mouths and hands repeatedly, sometimes harming their oral cavities. Intimacy triggers fear, and even resentment.

Covid Syndrome sufferers are best employed in wide open spaces, such as forests or mountainsides, where they can serve as non-speaking guides. They have an excellent sense of direction, point well, and have remarkable burrowing skills. If a COSYN sufferer says you are “disease free,” this should be considered a sign of affection. But reciprocity is not advised, as sufferers frequently run, or even burrow.

The worst COSYN patients no longer respond to any human contact and seek only to watch reruns of the empty streets of cities during the lockdown period.

COSYN patients are believed to constitute 39 percent of the global population, with most situated in the U.S. and Europe, most affected by the mental health consequences of the lockdown period.

They should never be referred to as “aliens,” which they commonly are, since the reference merely triggers their counting response, which can be focused on vehicles they see from a window or the number of bars in a smartphone reception, which they can “lock into” and repeat for days at a time.

Never attempt to wash hands with or near a known COSYN sufferer, as they can use towels or wipes as weapons and have been known to try to strangle those they dislike with toilet paper, a product that was hard to find during the virus crisis.

So far, the 17 medications approved for global use in an effort to alleviate symptoms have shown little therapeutic consistency, though Roche’s anti-mortality relaxant “ByeGone Plus” has shown promise in recent clinical trials.

If confronted with a COSYN sufferer who begins to count aloud, those around him or her are advised to do the same (COSYN sufferers have been known to find this soothing) before calling for assistance.

Covid Syndrome is considered a serious mental illness that can be lethal in the event a sufferer is not given swift medical treatment and instead falls into the malady’s self-isolation stage, in which a patient no longer responds to any attempt at human contact and seeks only to watch reruns of the empty streets of cities during the lockdown period.

Covid Nostalgia (CO-NO) will be discussed in a separate article.