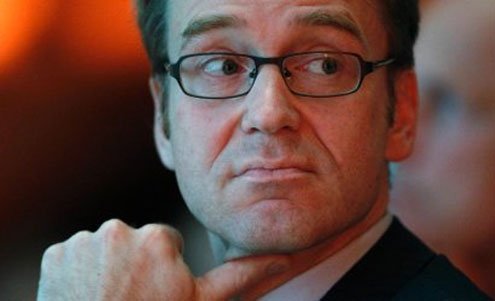 Bundesbank President Jens Weidmann has criticized Italian debt spending, but his real target was his own country.
S

omething has changed in Europe. While the “expansionist deficit spenders” and the “orthodox austerity vestals” continue battling it out, their fight is less acrimonious. A new synthesis is slowly emerging. In countries with high debt burdens, there is greater tolerance toward greater spending to restore purchase power. In so-called fiscally virtuous countries, structural spending reforms and stimulus programs are finding favor.

The two sides of the coin can be seen in messy Italy and virtuous Germany. The Rome government just approved tax rebates expected to pump some €11 billion into the economy, stimulating consumption and final demand (which has been declining sharply). In Berlin, Germany’s “grand coalition” government has approved a new minimum wage expected to inject some €18-20 billion into a stalling economy.

Other European countries, as well as the United States, are discussing similar measures. The change is by no means linear and continues encountering fierce opposition, witness recent speeches by the German finance minister and Bundesbank president criticizing Italy for excessive public debt. In fact, the true target of their criticism wasn’t Italy but Germany’s own minimum wage reform.

At a political level, the European mood is also changing. May elections for the European Parliament registered an expected shift toward right-wing “Euroskeptics,” but certainly not to the extent feared by many observers. The Social Democratic and Popular parties both grew stronger.

The Byzantine procedures adopted for the election of the new European Commission president and the slow agreement on appointments to a number of critical EU posts suggests not just leadership change but also a paradigm shift. Officials across the continent are increasingly aware of the depth and length of the ongoing recession. Their concern is generating a new urgency to adopt policies that might turn the situation around before it spins out of control.

The economies of industrialized countries, which are statistically out of recession, have stopped contracting, showing very modest rates of growth over the past two years. The situation is reminiscent of the U.S. in 1936-37, when the economy seemed to stabilize after earlier cataclysms, leading fiscal conservatives to oblige the Roosevelt Administration to raise interest rates. The decision led to an unanticipated and dramatic economic collapse that only a sharp increase in public spending could stop. It was called The New Deal.

The current debate between pro-austerity and pro-deficit spending partisans offers eerie parallels to the past. The Obama Administration, although favorable toward public spending, has been criticized for its timidity: deficits have averaged around 2 percent of GDP. In order to reverse the situation, spending would need to increase three- to four-fold. The same is true in Europe. The Italian and German stimulus policies will require months before being felt. Even then, they will at best stabilize internal demand.

So more is required, but what? Existing systems will not survive as they are, growing at rates of only 0.5 to 2 percent a year with unacceptably high unemployment rates and a looming deflationary spiral. Traditional remedies are no longer available. Once upon a time, it was enough to invest in heavy industry — steel, cement plants, petrochemicals, shipbuilding and housing — to stimulate production, demand and growth. But these are precisely the sectors that have declined sharply and moved permanently to other countries such as India, Brazil and China (in 20 years, Chinese steel production rose from little over a hundred million tons a year to around 500 million tons in 2010). In a medium sized country such as Italy or Spain, a new steel plant would raise GDP by around 7 percent and a cement plant by about 1 percent. But the shifts and changes of the last 40 years make recourse to these traditional investments impossible.

A return to the high growth rate of decades past is becoming unlikely, probably impossible. Japan and South Korea, following the lead of other developed countries, are also likely to de-industrialize. Where to invest and what to invest in has become the paramount question. The European Commission has already pointed to an answer: advanced technologies and modernized infrastructure. Investments in these sectors are considered the most likely to promote more acceptable and sustainable rates of growth. But such goals are expensive and will require a political consensus. Investment requires financing, and if Europe is to move forward it will need more.