To have and to have not 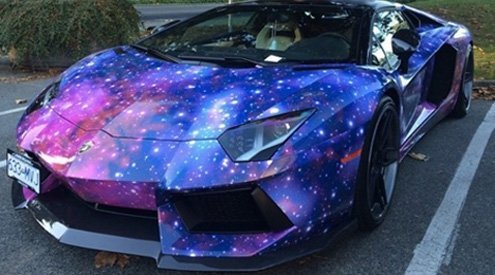 The owner of this Lamborghini Aventador, Jin Qiao, 20, moved to Vancouver from Beijing six years ago with his mother.
O

n a recent trip to Vancouver I saw the mythical outer space-motif Lamborghini Aventador mentioned in an April New York Times story about the sons and daughters of China’s wealthiest people finding financial havens overseas. The beautiful Lamborghini, one of many luxury vehicles owned by China’s youthful and cash-rich Chinese elite, was parked in front of an elegant Japanese restaurant and had the whole street buzzing.

The owner is a 20-year-old art student who moved to from Beijing with his mother six years ago. When the Times asked him what his father did, he replied: “I can’t say.”

The $600,000 Aventador is the perfect physical image of capital flight, legal and otherwise, which the so-called Panama Papers recently brought to light. Revelations about capital flight to reputedly safe havens (and tax havens) has already had severe ripple effects in Iceland and Great Britain. But it’s only one of many ailments affecting both developing and industrial countries.

Political systems buffeted by long waves of recession and its political aftershocks are moving toward paralysis. A fairly typical example is Spain, where five months after December national elections there is still no government. New elections may be necessary. Recent French voting boosted the populist, right wing National Front, which has been kept out of power by an unnatural alliance between Socialist and centrist parties.

Vague but widespread fears about immigration and terrorism have fueled a boom in radical-progressive populist movements, some of them reactionary. Austria’s recent decision to build a “wall” along the Brenner border with Italy was a response to increasing pressure from the extreme right. Yet such actions remain paradoxical, since most everyone knows that European states, their populations in decline, are badly in need of new citizens.

Though the West is officially recession-free, its less than two percent annual growth rate is unimpressive. So far, national governments, the EU or the IMF have been unable to provide persuasive solutions to the problems posed by unemployment, immigration, low wages, and falling standards of living. Income discrepancies continue to rise, and with it a general sense of insecurity.

Privatization and the limiting of state involvement in the economy — seen by both conservatives and progressives as a one-size-fits-all solution — have created crises in the industrial world. In Belgium, France, Italy and Spain, the steel and petrochemical industry is faltering. Indian-owned Mittal Steel recently decided to close Britain’s last remaining steel plant, in Wales.

The European Central Banks’s policy of quantitative easing and the Federal Reserve’s own measures have failed to generate enough liquidity to spur growth. In fact, their measures may be a case of too little, too late.

The euro has its own woes. The EU registered an account surplus of more than $370 billion in 2015, mainly concentrated in the Netherlands, Italy and Germany. The U.S. and Great Britain have registered deficits of about $500 and $150 billion, respectively. China remains in surplus but Latin American countries are now also deeply in the red.

Populist groups continue assailing what they see as flaws in the currency, most of which stem from excessively low conversion rates adopted in 1998 between a number of EU countries, Germany and the Netherlands in the forefront. The ratios have given Germany an unfair trading advantage for nearly two decades. The opposite applies to the dollar and the pound, both constantly overvalued. While it’s too late to change rates, allowing some countries (Italy for one) to increase budget deficits to stimulate industrial production might be a helpful measure.

The euro has been around too long to be scrapped. More than 45 million people have known no other currency. But that hasn’t stopped anti-euro sentiment from flaring up. On June 23, Britain will soon vote on whether to remain in the EU, only underscoring the contradictory, difficult, but so far successful European integration process. Still. Europe may well look different in a decade.

In the U.S, meanwhile, the political system appears both polarized and paralyzed. The conflict between the President Barack Obama and the conservative-controlled Congress mirrors European chaos. This has been amply demonstrated by recent primaries that on the Democratic side has seen the unexpected emergence of two “New Deal” candidates — one cautious (Hillary Clinton), the other far more progressive (Bernie Sanders) — and on the Republican end an unprecedented tussle between a traditionalist anti-government figure (Donald Trump) and a member of the demagogic wing of religious right (Ted Cruz). The Obama presidency, successful on several fronts, including rapprochement with Iran and Cuba, has barely been able to operate. Bitter squabbles aside, real questions about the future direction American polity transcend campaign rhetoric. Among North America countries, only Canada seems to be going against the grain, having ushered in a center-left coalition government (at least in European terms).

The situation in several Latin American countries is problematic and explosive. High commodity prices fueled a decade-long period of economic growth and diminishing external debt. But all that has ended. Venezuela now faces a potentially dangerous political and economic crisis. Brazil and Argentina are racked by intense strife between conservatives and progressives, with 30 years of democratic evolution at risk.

In a nutshell, those who predicted the end of history predicted wrong. Western and Southern turmoil is likely to be with us for quite some time. The Panama Papers all but prove a time-tested reality: people with large sums of money want it in places they consider stable, and where they can hide it under radar. Checking and monitoring are a more Western tendency. Some states are determined to control capital flight and actually have the means to act.

China does not fall into that category. Its wealthier classes are unlikely to face much checking. Expect increased Lamborghini sales.