The truth about liver 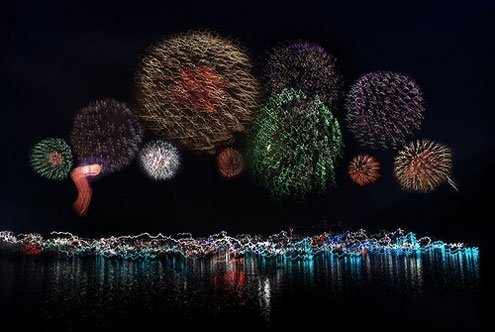 y father had a lisp. It’s not that you need to know this up front or that I’m asking for contributions to the Fight Lisping campaign. I’m not even a Lisp Rights Activist. And don’t even ask me about lisp abuse. I wouldn’t know what to tell you. The world has more pressing victims.

One thing my father’s lisp did do was skew my idea of holidays. I wasn’t exactly sure what any of them were called. His lisp and my credulousness made for all kinds of interesting holidays that you probably didn’t even know existed. Here are just a few, in case you feel the need to celebrate.

Memory Day: Some people call this Memorial Day, but I didn’t. I heard it as “memory day” and I assumed lots of people sat around remembering as hard as they could, and had remembering contests in which the memory won a prize, as in: “I remember the time I had a blue dog named Harold.” Anyway, memory day got us a day off from school, which is what I remember most (along with Harold).

In Pre-tenses Day: This usually came in early July and some people set off fireworks, presumably to show how they had more pretenses than their neighbors, who also set off fireworks, all of which was trumped by what happened in Washington, where the pretenses where especially large and everything got lit up. In Pre-tenses Day was the day when I told Ash (I had a crush on Ash) that she was wrong to call it Independence Day, and she told her father, who told mine, and the two of them argued for a while. Neither one of them understood a thing. It was a very noisy moment and Ash ran off with a boy who had a bigger rockets. That’s at least how I remember it.

Liver Day: Some say this had something to do with working, since it came at the end of the summer ad just before school started, but I knew better. This was the day when Mom would never serve liver, since how could you on its sacred day. Liver Day was better than Memory Day since you really didn’t have to do anything except look forward to an above-average meal, no greens and maybe ice cream. Liver Day traffic was especially bad, which I assumed had something to do with the quantities of food being transported.

Kiss Mass: This was pretty regular, with trees and presents and glowing stars. None of it has much to do with kisses, though we did go to mass, which was the place where I though we were supposed to collect the presents until the priest dressed up in a costume and I decided maybe I’d mistaken the holiday for,

Hello Me… which was when all the kids got to be whoever they wanted to be (of course, Hello Me, dummy), and usually dressed up like small priests or, if the were girls, like cinderfellas, who, according to my father, were middle ages fairies with special shoes. Anyway, Hello Me was all about treats. I got them, gave them, and mostly did whatever I wanted, since it wasn’t like Kiss Mass when we all had to follow special rules and listen to lots of singing. I don’t know what happened to Hello Me, not exactly. My only guess is that it turned into an everyday sort of thing: lots of people wanting things their own way and dressing up strangely, which sort of sums up day-to-day life.

Uther Ring’s Bird Day: Uther Ring did all sorts of special things in his day, including making speeches near where they sent up fireworks on In Pretenses Day. Uther Ring believed he was dreaming and the dream came true. How the bird figured into any of this I wasn’t sure of, but I suspected it would come up as a topic one Memory Day or another. But it never did. So you figure it out.