The summer of change 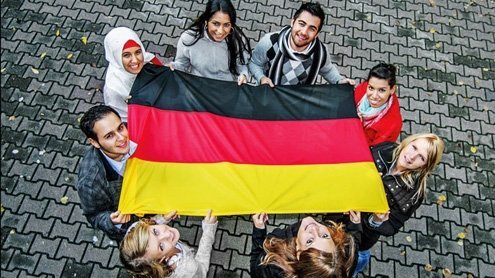 he long and torrid summer of 2015 is ending with harbingers of change. June was “Greek debt month,” as all Europe focused on the burning issue of Greek insolvency. Germany played “bad guy” in contentious and complex negotiations. A new bailout solved only part of the problem though the euro was saved. Then came August, the “end of the Chinese miracle,” with sharp falls in the Chinese stock market, devaluation, capital flight and news of declining growth rates. September suddenly transformed itself into “migrants month,” as a groundswell of Syrians and other Middle Eastern refugees sought asylum in Northern Europe.

Before summer, Germany seemed to share Eastern Europe’s hard line approach to immigration. Germany said little as Poland, the Czech Republic, Slovakia and above all Hungary forcefully repelled immigrant tides, their governments conveniently forgetting the help their citizens once received as refugees (American multibillionaire George Soros was himself a refugee from Hungary in 1956 and doesn’t seem to have forgotten).

But Germany’s position, and that of Western Europe, has undergone a marked change in recent weeks. Influenced by public opinion but also guided by liberal-conservative ideology, Germany, France, Italy, Spain and Sweden now seem ready to discuss amending the out-of-date Dublin Treaty on immigration and to open their doors, albeit partially, to new arrivals.

In the East, where independence from Soviet hegemony still feels fragile to many, nationalist sentiment has let to yet another radical right surge. The West, home to the liberal-conservative outlook, is working to resist such resentment, though conservative parties aren’t necessarily shaping the approach. At the moment, Western governments that support some measure of openness toward immigration are largely center-left coalitions (with the notable exception of Tory-run Britain, which is trying to adopt a go-it-alone policy.)

Change is also afoot on another front. Even during the Greek negotiations it became clear that support for “austerity” policies, while still officially advocated by Germany and others — and notwithstanding Teutonic grandstanding — was being partially scaled down. Equally significant, the European Central Bank was quietly moving forward with its policy of quantitative easing toward its goal of injecting about two trillion euros in new liquidity by the end of 2016. Will it continue and perhaps expand beyond that, following the example of the U.S. Federal Reserve?

Monetary factors are not the only considerations. As the European economy improves — and it has been, albeit very slowly — the labor force must also expand, and to do that it needs immigration. According to several recent studies, including one from the OECD, Europe will need to attract more than 50 million new citizens by the year 2050 if it is to grow at an annual rate of 1.5 percent. It will need millions more to reach the higher growth rates necessary to maintain the existing welfare system.

Mass migration is by no means unprecedented. Between the end of World War II and 1960, more than nine million people moved from Eastern Europe to the West, and over 50 million Europeans migrated internally from agricultural areas to cities. The change was epochal both for the numbers involved and the rapidity of the process. A similar urban migration occurred in 19th-century Europe but over a longer time span. The U.S. also saw such shifts, though the country-to-city numbers were far higher. This factor partly explains the gradually changing position of countries like Germany.

The same logic applies in Asia, above all to China. Between 1980 and 2014 an estimated 350 million people have moved from rural to urban areas. The unprecedented shift fueled China’s formidable growth. The Chinese steel industry alone absorbed more than three million workers between 1980 and 2005, more than the whole of European and the U.S. workforces combined.

The rapid, widespread urbanization of China is evident in the swift and continuing development of new cities throughout the country. Similar processes are underway elsewhere in Asia, Africa and Latin America. India is probably the next “miracle” country. Already, some 200 million Indians have moved from the countryside to cities, providing a labor force essential to further growth. The same applies to Brazil, Angola and Mozambique, and South Africa.

In some places, reverse immigration is underway, from Europe to ex-colonies. For example, an estimated 250,000 Portuguese have returned to their former colony of Mozambique.

In the long term, unwelcome and resented immigration from the developing world to Europe and the U.S. may actually decline — perhaps more rapidly than anyone can imagine. By the end of the century, such a decline could bring a shortage of available labor in the industrialized world.

So why hasn’t Europe been encouraging immigration so far? Today’s weak Western Europe governments tend to depend on contentious and fragile coalitions. That weakness helps explain the noisy presence of xenophobic and racist anti-immigration groups and parties in both Europe and the U.S. These groups focalize exasperated public opinion on the “immigration problem,” with opportunist politicians and would-be demagogues doing the rest. But these are knee jerk reactions to a profound and long-term process that needs to be understood and governed — not denounced hysterically.

The new steps Europe is taking in accepting if not encouraging immigrant tides may point to calmer and more reasonable approach less motivated by fear and opportunism and more sensitive to the importance of initiating policies that look to the future.