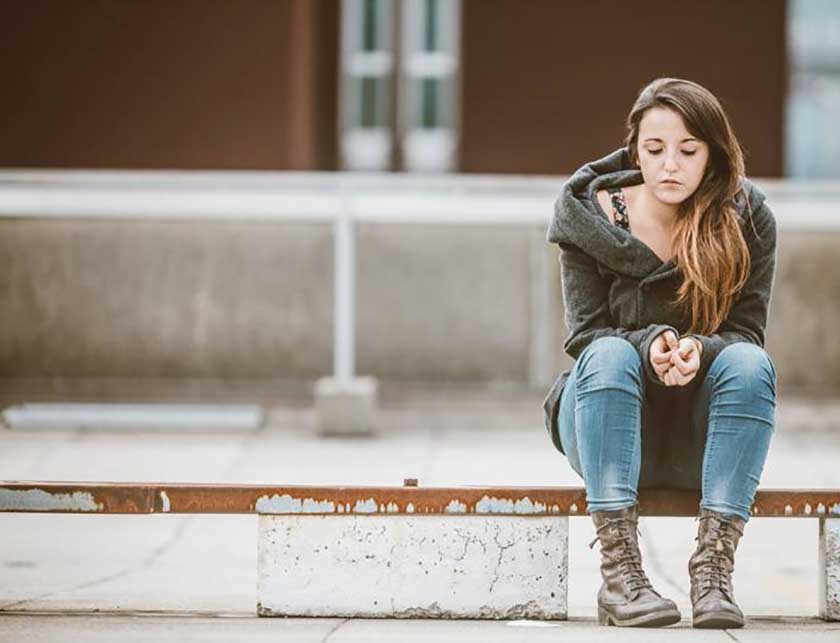 For teen students, the hypocrisies of what's called "merit" can cut deep.
A

n American student studying in Rome came in for counseling some years ago. Her family couldn’t afford her tuition. They’d taken out large loans, she’d gotten some financial aid, and worked and studied. But it wasn’t enough. One night she came home to find her computer broken. She asked her roommates if anything had happened. “Oh,” said one, “we watched a movie on it and it stopped working.” The families of her roommates all paid tuition out of pocket. They viewed a computer as cheap.

My patient said they hadn’t asked permission to use it and they’d broken it, so it was now their responsibility to fix it. They argued the computer was on the brink anyway and would have malfunctioned. That might be true, said my patient, “but you were using it – and you didn’t ask!”

Their cynical reply? “Whatever!” Another student, in Rome for a semester, was a smart, hard-working young woman on a full scholarship to an elite and expensive college. She was the first in her family to attend college. She was also the only scholarship student in her program. The others all came from wealthy homes. Every night they went out to expensive restaurants and clubs. They could of course afford these expensive meals and drinks. What they couldn’t do was comprehend what life was like for people who lacked their advantages.

The families of her roommates all paid tuition out of pocket. They viewed a computer as cheap.

My patient struggling with tuition could barely afford to eat and buy supplies, A coffee or a pizza wasn’t a given. For the others, coffee and pizza were less attractive than their upscale clubs. They snubbed her, thinking that by not joining the group on its fancy outings, she was snubbing them.

Making matters worse, a few members of this group were cruel. They told “funny” stories of how they’d played practical jokes on the cleaning staff that worked in their home campuses. My patient’s mother cleaned hotel rooms.

A bright male student told me some of his professors refused to cut him any slack when he was occasionally late on papers. Never mind that he was working full-time to support himself for years and had taken out loans to stay in school.

According to the student, one of these teachers told him that if he had to work fulltime, he shouldn’t be a student.

Let me be clear. Lots of lots of privileged students from rich families are honest and kind and not at all like the “whatever” girls I mentioned above. They had secure relationships with empathic parents who not only supported them financially but also emotionally. And I can’t blame those who teased and treated their poorer classmates dismissively. They were emotionally deprived. Though our sympathy always goes out more easily to those who’ve been victimized by circumstances, I see in their cruelty a kind of mirror of what they experienced themselves.

What stands out is the unfairness at the institutional level.

Some kids whose well-off parents could easily have paid their tuitions have generous “merit-based” scholarships. Some took the grant money and immediately spent it on electronic gadgetry and clothes. Some had four credit cards from their parents and could buy anything they pleased, while other kids and their parents struggled under the huge burden of loans.

What’s the point of a merit-based scholarship if it doesn’t take need into account in literal terms? Looking into it further I discovered that so-called “merit”-based grants were far more abundant than grants based on need.

Someone living in a crowded house, working after school, would have to be a savant to qualify for a merit grant.

But what is merit?

A student from a large, low-income family in a crowded house, sharing space, working after school, would have to be an utter genius to get the grades necessary to qualify for a merit grant. That student would also need exceptional athletic or artistic talent and find ways to afford travel to participate in state-wide or national competitions as part of the extra-curricular activities that contribute to someone’s ideas of “merit.” Competitions are usually on weekends, when many have to work. So what is called “merit” is naturally and greatly assisted by money — as in private coaching for a nationally competitive sport, driving or being driven to matches that begin at 7 a.m., or being able to stay overnight in a hotel. Add to that tutoring for SATs and Advanced Placement courses and parents who are well-educated themselves and know the ropes. They know the value of a quiet place to study, and ensure their student kids get such places. Where’s the merit there?

College is increasingly elitist, a luxury. Many kids are pushed to extremes by ambitious parents. Others have to struggle to get by, if they can get in in the first place. It is this disparity that allows and encourages a “whatever!” culture that is dismissive rather than empathic. It becomes the dominant culture.

Something went wrong here. There’s a generation of “winners” who actually didn’t win. Many among them feel like impostors. Others have been bought off by consumer luxuries and see them as the most valuable of goals when what’s truly valuable — care and understanding of feelings — is a luxury that’s rarer for them than anything you can buy.

The result? They can feel superior to the hotel maid’s daughter or a “loser” that can’t afford a new computer, associating things with merit. (They learned the lesson of “merit” scholarships very well indeed.) It also results in a generation of bright, interested, and idealistic kids who are either loan-indebted for life or who have to give up on pursuing the education they would so deeply treasure.