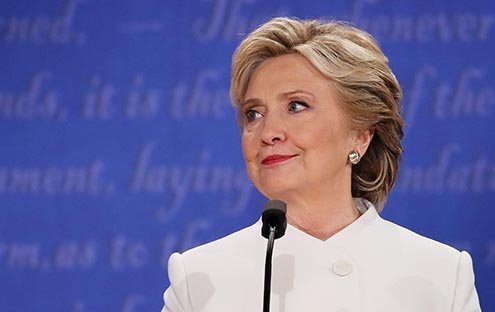 n extraordinarily bitter American presidential race is drawing to a close, one that has been largely devoid of meaningful debate on programs and issues and packed instead with personal innuendo and unproved accusations, mostly from Republic Donald J. Trump. Rarely has the level of U.S. political discourse been so low. At present most polls give Democrat Hillary Clinton the edge to become the first woman president of the United States.

Her election, should it come to pass, would mark not only a striking long-term shift in the American political system but also have a strong worldwide impact. A female U.S. president would very likely accelerate the trend away from oligarchic, male-driven political systems. We could look forward to seeing many more women in politics, and gradually, a change in political systems themselves. Such a process began some decades ago with the advent of people like Golda Meir in Israel, Indira Gandhi in India, and Margaret Thatcher in Britain, all of them exceptionally powerful political leaders. There have also been important female leaders in China, Vietnam and other Asian countries. Over the years women have reached the highest positions in several Latin American countries (Brazil, Argentina and Chile) and in Europe, where two very important nations have female heads of government: Germany with Angela Merkel and Britain with Theresa May.

Given the overwhelming influence of the U.S., the election of a woman president might well help push more women everywhere into the political arena. Several European countries — Italy, France and Spain —have already adopted policies, not yet always fully observed, to create gender parity in government. In the past, women ministers were mainly active in “feminine” fields such as health and social services. Yet over the last 25 years the U.S. has had three female Secretaries of State — Madeleine Albright, Condoleezza Rice and Clinton — whose high visibility has undoubtedly been influential. Women now serve as foreign, defense and economic ministers in several European governments.

At present 22 countries, including Chile, Bangladesh, Germany and Britain have women presidents and prime misters. A woman leads the Scottish regional government. She strongly opposes Brexit and has just called for a new referendum on Scottish independence. Six U.S. states have women governors and 104 women serve in the Senate and House of Representatives. Congress. Yet the overall percentages remain generally low. In countries with parliamentary government, female representation is below 25 percent.

It’s not a given that women political leaders will adopt progressives views. Britain’s Thatcher was a deeply avowed conservative, while May and Merkel are very much in that camp. But women leaders tend to make decisions differently than their male counterparts. Merkel represented a case in point when she chose to allow Syrian refugees to enter Germany. She combined humanitarian instincts with a sense of her country’s long-term interests. No male politician would have dared behave similarly, fearing the ferocious populist backlash that’s now underway. Merkel took the chance.

An amusing and interesting U.S. election poll carried out by statistician Nate Silver and focused on the gender divide showed that if only men voted Trump would win 350 electoral votes to 188 for Clinton, who would retain only western and northeastern states, along with two landlocked states (Illinois and New Mexico). Reversing the paradigm, if only women voted she’d win 458 electoral votes and Trump only 80, most of them from southern states. Though these are pinch-of-salt numbers, they do suggest that the gender divide is wider and stronger than generally believed.

Trump’s candidacy has to a certain extent changed the American political picture. He won the Republican primaries by defeating the evangelical conservative bloc, descendants of the Tea Party, the loudest segment of the party in recent years. His constituency is largely composed of white blue-collar workers, largely male, most of them located in one-time industrial states whose fortunes have declined sharply in recent years. The “rust belt” states are still in recession, sparking fear, resentment and anger within their workforce. Trump speaks to their concerns, often more than Clinton. This may help explain wide and enthusiastic public participation at his often-demagogic rallies. But it also reinforces his disdain for better educated, middle class voters.

In short, if Clinton wins, as most polls now suggest she will, women will have made the difference. And, at least on average, women voters are more thoughtful and better educated than their male counterpart. They’re also less prone to accept populist shortcuts.