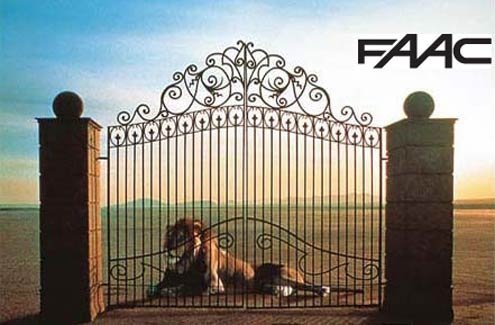 Either you get the lion or the lion gets you.
T

he man on the phone is pretty clear. “We are the fuck,” he says. “How may we be useful to you?” I admit that I’m early into my Italian stay and my not-so-supple language skills are unreliable.

I have at times been known to exclaim, plego, plego, which my wife tells me sounds a little like what a Play Dough salesman might have pitched in the 1960s. Plego is my form of prego.

There’s also ponto, my endearingly Oriental way of enunciating pronto. No doubt these are ghosts of Brooklyn past. Ponto! ponto! can sound like a confused sportscaster or quarterback on a fast snap — or so I’m told by Ercole — yes, Hercules — an Italian colleague who lived in the United States for eight years. I call him Erk, to avoid confusion. He meets my abbreviation with a folklore battuta (which I pronounce bat-TWO-toe): “To you,” he says in his flawless English, “I am your Barney Rubble.”

Then again, his Rubble sounds like the name of Russian currency to me. But he’s a nice guy (except for the time when, to get me back for telling him that his version of “come on” sounded like camion, he told me a map of Tuscany was referred to as a Topolino, which led to an interesting exchange in an autogrille.)

We live in a complex near the foreign ministry. Via Colli della Farnesina is the name of the winding road. At first, I was convinced we lived on the Street of Hilly Flour, but my language-wise wife, embarrassed at my latest cocktail party gaffe, intervened to save the day. He’s kidding, she said, by way of making me look less silly. She scowled tightly.

What didn’t make sense was why they’d also name the foreign ministry the Flour. But it could have been the Flower. Didn’t matter: I was told to shut up.

The apartment complex on the Street of Hilly Flour has a car gate, a kind of modern medieval style door on training wheels that shunts back and forth on command from car-operated remotes.

The system operates like a suburban garage doors in the States, side-to-side instead of up and down. You press and Sesame opens. In keeping with the aesthetics of Rome, these gates strive for elegance, more or less. Some resemble cheese graters while others look like mesh that Machiavelli might have ordered from eBay. They have sharp “don’t tread on me” spikes on the top – no doubt to ward off flying cars (my mechanic put me on to this idea when he told me the problem with my Fiat’s steering was the volante, which I dutifully looked up. “Honey,” I told my wife, “the car flier is broken.”)

Conversational Italian is at its most problematic on the phone, when anxiety makes you more likely to harp on plego and ponto, or lead you to demand to know why your car is still up there, volante, and not out front, where you’d been told the mechanic would leave it. Sono calvolati!, I yelled recently, which could be “I am angrily bald.” The mechanic did not respond.

The thing about the handsome gate at the Street of Hilly Flour complex is that it breaks down at least once a month. This it did in mid-December, on the morning of a rainstorm, when, at 5:10 a.m., I was headed for the Granular Record, or Rome’s ring road, known to the informed as the raccordo anulare.

I was livid, beyond plegoponto. I couldn’t get out. Not a soul was awake. I did notice a little stick-on sign pasted on the cubicle inhabited by the “24 ore guardiano” — Okay, I won’t even go there. The 24-hour custodian is rarely around past midnight.

On the stick-on were the words: emergenza and chiamare.

Feeling “chimed” and very much emergencied, I called. Which is when “the fuckers” answered, albeit a little sleepily.

“We are the fuck. How may we be useful?”

What to say? You guessed it, plego? Then: Io complexio Farnesina porta chiusi! Then, after considerable debate, sono calvolati!

The man was undaunted. “So you door not open? Via Colli della Farnesina? Yes?”

I was dumbfounded. Si, I said, si. A TEK-nee-ko got there in 20 and, courtesy of a screwdriver and eight AAA batteries, fixed the problem efficiently.

As the door tech was leaving, I thanked him. Grazi, grazi. “You very quick,” I said, falling into reverse patois. “Very fast. Thank you.”

He nodded. “Many bad agency in Rome,” he said before pointing to himself and the van. “Fuck is good. All-night service.”

Off went the van. Which is when I saw the sideboard logo: FAAC.