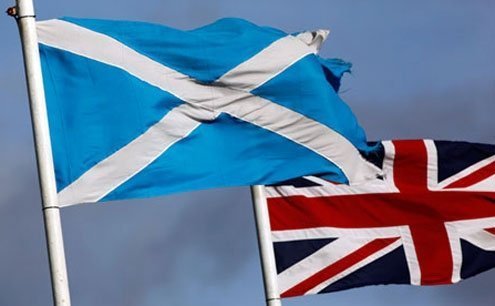 The Scottish independence movement is hardly new, but global realities have changed in recent decades.
O

n September 18, Scotland holds its long-awaited referendum on independence. Scottish nationalists are hardy folk. Their leader, the lively and mercurial Alex Salmond, first minister of the ruling Scottish regional government, is a man with a bee in his bonnet. He’s been pushing hard for a win and recent polls have provisionally rewarded his efforts: the pro-independence “yes” camp has finally edged into positive territory, at 51 percent. Though only one poll actually predicted a “yes” victory, the numbers did show a marked drop-off in “no” support.

British Prime Minister David Cameron’s Conservative-Liberal government appears to have grossly underestimated the likelihood that Scots would choose independence — perhaps because his Conservative Party doesn’t number a single Scottish parliamentarian. Historically, Scottish voters have traditionally swung toward Labor and the Scottish National Party, which may be why Cameron appears to have ignored the constituency altogether. Instead, he chose to focus his political energy on the threat of a right wing anti-European Union shift in England, which would pull votes from his mildly pro-EU Conservatives and force it further to the right.

But that strategy has changed in recent days. Suddenly, Cameron seems to have awoken to the risk posed by Scotland.

The drive for Scottish independence is as old as the Act of Union that joined England and Scotland in 1707, with Scottish home rule becoming a major political issue in the mid-19th century. In 1998, Prime Minister Tony Blair’s Labor government passed The Scotland Act, which created a local parliament as part of a broader devolution of powers to Scotland, Wales and Northern Ireland. This granting of broad local autonomy essentially ended of one of the world’s strongest centralized administrations.

Would an independent Scotland be a viable state?

Yes, say Salmond and his fellow nationalists. The country has oil and natural gas resources and could adopt the euro or a national currency linked to the EU.

No, say those who say any new Scottish state would be weak, divided, debt-ridden, and in immediate danger of losing both population and industry.

Nobel Prize-winning economist Paul Krugman said this: “I find it mind-boggling that Scotland would consider going down this path after all that has happened in the last few years. If Scottish voters really believe that it is safe to become a country without a currency they have been badly misled.”

Whatever viable reasons Scots may have for seeking independence, looking at the wider picture is vital. All over the world, national states are undergoing what may well turn out to be an unprecedented series of historical changes. Visions and perceptions of what statehood means are changing.

Symbolic of the turmoil is the European Union itself, where several strong centralized states are trying, very uncertainly and amid intense domestic debate, to give up a part of their sovereignty to a new organism.

At the same time, national states are also in trouble, as the Scottish example shows. Internal divisions are everywhere: in Spain, where Catalans and other separatists are growing stronger; in Belgium, where Flemings and Walloons are fiercely at odds. Italy, Germany and France have similarly potent centrifugal forces.

It’s a paradoxical zigzag process, in which every step toward political unification is accompanied, crabwise, by a somewhat smaller move in the opposite direction. The growth of the Euroskeptic parties throughout Europe is a consequence of these lurches.

There’s another key ingredient. Post-war stability has come to an end. Over the last two decades, an unprecedented number of new states have been created, or old ones absorbed by others — 14 in Europe alone.

Most of these were admittedly a consequence of break-up of the former Soviet Union, when states formerly under Soviet control re-asserted their identity and logistical reality. But some also have more indigenous origins. East Germany, the German Democratic Republic, was absorbed by West Germany. Czechoslovakia split peacefully into two republics — the Czech Republic and Slovakia — in 1993. Far more dramatic and significant was the split-up of the Yugoslav federation, which led to catastrophic wars in the 1990s.

The birth of new states has not been limited to Europe. Central Asia has birthed several new republics (eight or 10, depending on who’s doing the counting). With the exception of Yugoslavia, the birth process has been relatively peaceful. Even the ongoing Ukrainian crisis may yet be resolved through negotiation.

Global developments seem to herald the arrival of new actors. Iraq could well evolve into three states, as could Syria, Lebanon and perhaps even Turkey. Libya, for all intents and purposes, is already split into two if not three states, each one with its own militia army.

Africa is changing. Eritrea, South Sudan, Somaliland and the former French colony of Djibouti are all new states. Several formally independent states, including Somalia, the Central African Republic, Nigeria, and Mali (the list is longer), may not survive the next decade. So far, with the exception of Timor, South Asia and Latin America have been spared such upheavals.

As long as this process continues, as it inevitably will, the world’s economic and political dimensions will change. Existing alliances will change, as will the concept of national sovereignty. The role of the United Nations may well have to evolve as a result.

Whatever the result in Scotland, the breakaway urge is not the exception. It is instead an integral part of a planet whose shape is in flux.