Someone call the emperor 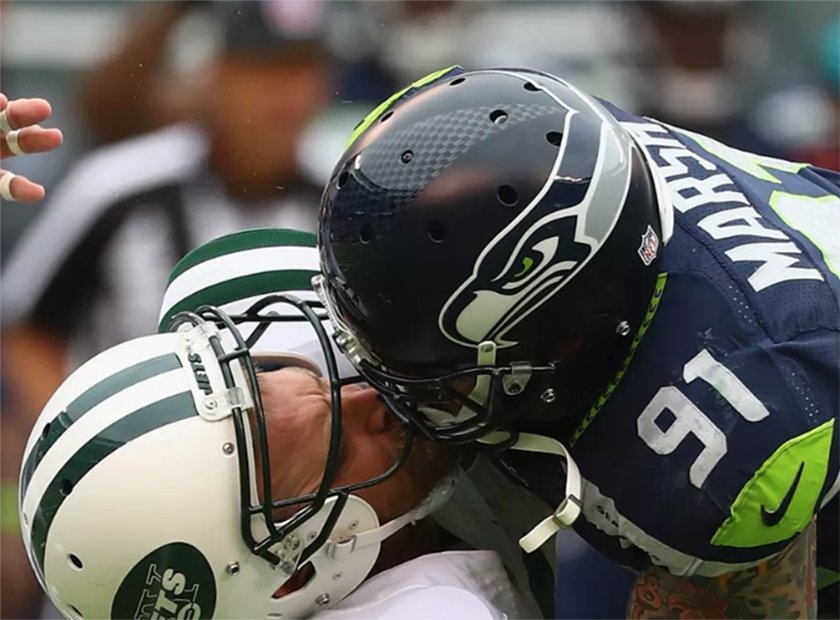 At least say you're sorry...
A

merican football these days is much about brain health. If you happened to be an alien examining our barking species from far, far away, you might ask yourself how a sport that is congenitally brutal by nature and asks men to run at full speed at each other while wearing heavy gear and helmets would pay much attention to brain breaking. I mean, isn’t that sort of part of the game, or, to quote the military, collateral damage?

And these aren’t ordinary men but pumped up giants manufactured in a special man-up plant and designed, each one of them, to be at least three times the size of normal humans. When these kinds of outsized humans collide, really collide, it’s a human train wreck.

Which is why people love it.

This mauling went more or less uncontested until correctness began romping around and decided if football was to be played it would have to be safe.

What is it with that word these days?

Safe meant if anyone got their head hit hard and started speaking Mandarin, the league would immediately check them for concussions. Turns out some of them had already had dozens.

So brain health is the name of the (new) game.

It’s too bad the lords and governors of harsh sports hadn’t gotten around to this a little earlier, say in the Roman era.

That way if Brutus was up against Gaius in the Coliseum, they could have suspended the action from time to time to see if Brutus could continue despite his head having been cut of, or if Gaius, both his arms severed, should be given some time at the water cooler. It could have been the gladiatorial equivalent of what the National Football League calls its “concussion protocol.”

What to do, animal health advocates, if a bear breaks its paw on a rogue Christian?

Rome could have had a “limb protocol,” as in how many do you have to lose before they suspend the fight as boring, since one side is just a hump of flesh.

Not to mention the presence of tigers and bears among Christians. What to do, animal health advocates, if a bear breaks its paw on a rogue Christian? What are the penalties for a half-eaten Christian biting a tiger on the leg? Suspension? Life without parole?

Of course I don’t want my favorite modern-age Christian quarterback suffering from a brain malfunction, but maybe then it’s time to change the rules. Decapitate players before letting them loose to potentially begin speaking Mandarin. As with COVID, be pro-active. Lock up the players and put all violent game-playing on hold until the virus that leads to violent sports is identified and vaccinated against. Or give all the players courses in anger management so that before they butt out one another’s brains they at least give fair warning, or say “I’m sorry.”

That way the next time Brutus slices off Gaius’s head and just thumps his chest, he can be called over by the emperor’s special Coliseum ref and reprimanded for “excessive use of force,” along with the lions and bears, who for whatever irresponsible reason refuse to heed human commands and keep on munching on whatever they come up with, including Brutus, Gaius, or even the emperor.

Someone should tell them about the “concussion protocol” or make it clear eating Christians is no longer as cool as it was in that happy age before zoos.

Worse comes to worst, some good Samaritan in the emperor’s entourage could at least text the participants ahead of combat, in case they wanted to book time in the ER. A “Hey, Bro, watch your head…” might make a world of difference.