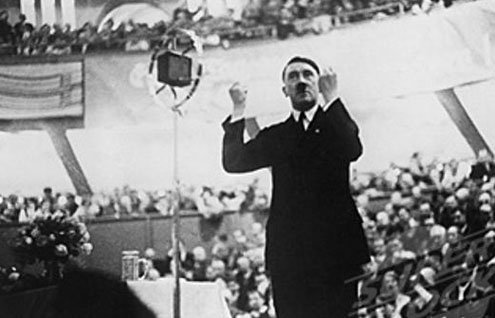 n May 25, citizens of European Union countries will vote in parliamentary elections that are likely to open a new chapter in EU life. After the election, the Strasbourg-based parliament will for the first time elect a president, a figure whose powers are expected to rival if not exceed those of its executive branch, the European Commission (EC). As a result, the “faceless” bureaucrats and politicians once appointed and controlled by the EU’s national governments — the insiders who long shaped the EC agenda — will likely become far more accountable to the European electorate.

The invasive role of national governments is also expected to diminish significantly, though probably not without power struggles first.

But what remains deeply unclear in all this is the outcome of the election itself.

Recession and resentment against German-imposed austerity have fueled social tensions throughout the continent. Anti-euro sentiment has grown, with the 13-year-old common currency becoming the butt of angry populism and right-wing rage. Between a fifth and a fourth of the seats in Strasbourg may go to members of eclectic groups opposed both to the common currency and to Germany’s austerity policies, so called “euroskeptics.”

Overall, Europe’s general economic outlook has improved slightly. The longest recession in living memory appears to be over, though the recovery remains fragile and unemployment, with social tensions still extremely high. European governments still do not control the traditional financial tools required to stimulate their economies.

Austerity policies have seen some loosening up, but a new and more generous European Commission will need time to absorb unemployment. The faith conferred on “virtuous austerity” will die hard, and the emergence of a positive economic cycle not a given.

To understand the depth of that faith requires going back to the end of World War I in 1918. The collapse of the three imperial Central Powers, Germany, Austria Hungary and the Ottoman Empire had savage consequences. The harsh “Carthaginian peace” imposed by the Allies on their defeated enemies toppled ancient dynasties, dismantled empires, created new and often unstable nations. Nor were the victors unscathed. France, Britain and Italy were severely and irremediably weakened and Russia became the first Communist country, unleashing a wave of lasting fear and resentment among conservatives throughout the West.

The economic consequences of hysterical and aggressive European nationalism were also lasting and dramatic. Europe plunged into battle enthusiastically and thoughtlessly. The result was a conflict that soon degenerated into a long, bloody, costly war of attrition.

When the war ended Germany faced immense costs, estimated at well over $80 trillion in current terms, plus reparations imposed by the allies at Versailles. The hostilities had largely been financed through private bonds. In 1919, the Reichsbank began issuing vast quantities of paper money to pay interest on the bonds and war reparations. Initially, the money flow increase charged up the economy. But tax revenues were low.

Germany had fallen into desperate economic and political straits. In 1923, after French and Belgian troops occupied the Ruhrland, its economy collapsed altogether. Unemployment, disease, and flat-out hunger fueled deep anger and resentment. A right wing coalition representing the interests of East Prussian landowners, conservatives and the army took over power, portraying the 1918 surrender to the Allies as a “stab in the back” perpetrated by left-wingers, Jews and traitors. It was a blatant distortion that the middle classes believed.

By the end of 1923, a provincial right wing leader named Adolf Hitler had become a credible contender for power. He had eliminated his right wing opponents and triumphed as the head of the newly formed Nazi party, a revanchist and ferociously anti-Semitic organization.

The newly appointed governor of the Reichsbank, Hjalmar Schacht, working alone in a windowless Berlin office with only a desk, paper, cheap cigars and a telephone, somehow got other central banks to chip in with desperately needed foreign loans, stabilizing Germany’s beleaguered currency. Almost overnight, hyperinflation was over.

But the wounds cut deep. The right wing-conservative government of Germany fell during the great crisis of 1929-33 and the Nazi party, after bribing the army and the great landowners, took charge. The economy was in tatters: the savings and capital of the middle classes were wiped out. (Germany was not alone in its desperate attempts to pay off war costs: currencies also collapsed in France and Italy, though over a longer period of time. Britain was able to pay off the costs only over six decades, and by the time it did it had a profoundly weakened currency and a diminished world role. Austria, Hungary and Turkey were also bankrupt in 1919, as were Hungary, Greece, Romania and China after World War II.)

The traumatic consequences of this catastrophe are still with us. The German Federal Constitution poses explicit ceilings on deficit spending, leaving only a limited power to the government. Those limits are a cautionary tale from the events of a century ago that remain deeply embedded in collective German memory.

It might behoove the present day German government to be more open and more honest with the rest of Europe about the deep historical roots of its austerity policies, so that all understand not only its context but know that any change in approach will take time, and skillful politicians.