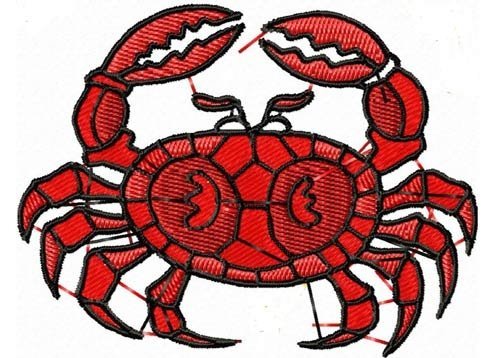 Well, of course you feel that way, you're a Cancer.
M

y introduction to Italian horoscope madness came during my junior year in Perugia. I was talking with a new Italian friend early in the fall semester. She was from Bari, deep in the south, and before long she asked about my birthday.

The view is equally comprehensive elsewhere, with forecasts divided into categories: career, health, and love, not necessarily in that order. But print simply can’t compete with radio and (yes) TV coverage. Radio stations announce daily horoscopes throughout the day, but TV is the true hotbed of astrological activity.

On state-run Rai Due an astrologer announces each sign’s horoscope daily. On Sunday he presents his ranking of all 12 signs for the upcoming week to a rapt and anxious live studio audience.

While you may say it’s easy enough to avoid such brainwashing, not so fast. The zodiac becomes the repository and the rationalization for all problems. Even complaining can lead to a sudden request for your sign. Facial expressions change from concern to light boredom — ah, they’ve found the answer: “Well, of course you feel that way, you’re a Cancer.” The date I was born is the reason I’m anxious? Yes. A sign becomes both diagnosis and explanation.

Once I noticed this zodiac-dependence, I began grilling Italians to find out how it got started. Many claimed was just a harmless past time. I found that unconvincing. So far, my international travel is mostly limited to Europe, so I can’t speak for the world, but after extensive elsewhere in Europe I never saw anything like Italy’s dependence on astrology. Spain or Greece, countries close to Italy socially and historically, don’t come close.

While my queries were met with lots of shrugged shoulders at first, I persisted. Eventually some legitimate-sounding theories eventually emerged. One person said Italians are desperate to know all will be okay. In seeking assurance, astrological predictions help keep the faith. That sounds fair enough. After all, I’ve never read a horoscope that says: “Life is, in fact, terrible. End it all right now by jumping off the nearest bridge.” They’re usually cheering, positive, or at least offer hope for the future.

The most convincing explanation came from a non-believer. Italians, she told me, are so accustomed to belief without verifiable evidence (thank you, Catholicism) that trusting the stars isn’t a huge additional leap.

The demographics of horoscope believers, from my amateur study, break down as follows: girls and women are undoubtedly more knowledgeable about the intricacies of the zodiac, and its implications. Northerners claim Southerners are superstitious in the extreme, and are therefore much more likely to trust astrology. Interestingly, for every staunch believer I spoke with, there is an equally adamant, unconvinced eye-roller.

From my own experience, horoscopes are a slippery slope. You soon realize it’s not just your birth sign you have to pay attention to but also your rising sign, which is essential to understanding the whole picture. For the uninitiated, it’s the sign on the eastern horizon at the exact moment of your birth, and it determines your outward behavior. Also, it’s a good idea to see what is happening with any love interests (not an uncommon occurrence in Italy). While you’re at it, it never hurts to check your boss’s forecast for good measure.

Before you know it, you’re juggling several predictions regarding events that may or may not occur based on the movement of the stars. Strange as it sounds, obsession can follow, because the more you know, the easier it is to find out more and to link your horoscope to specific events in your daily life. So don’t think every Italian who asks your birth date is planning a party for you. They may just be probing you for astral clues.