On COVID deniers and schools 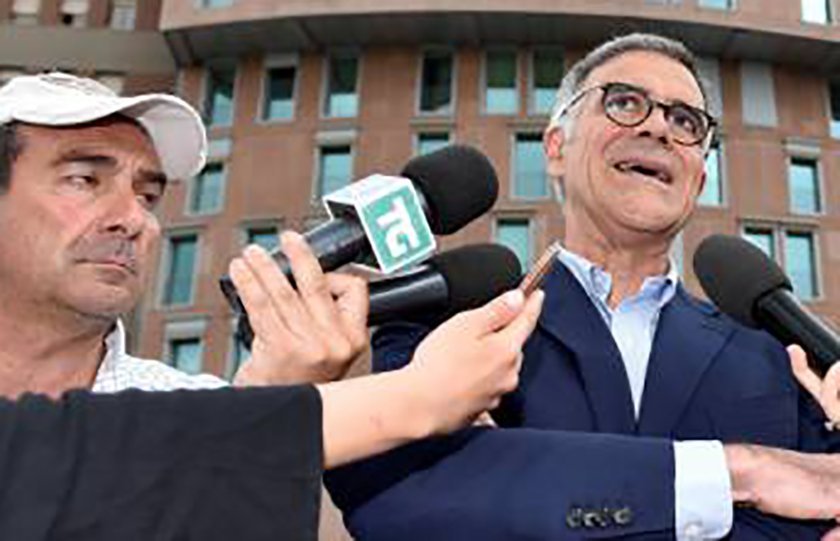 Zangrillo's optimism: a denier is burned.
I

n June, while I was in quarantine in Rome after returning from the United States, a prominent Milan intensive care physician named Alberto Zangrillo created a modest splash with claims that the coronavirus had become less virulent and “clinically no longer exists in Italy,” and there was no reason for life not to return to normal. Nonsense, said most experts who characterized his remarks as the offspring of the Italian penchant for grandstanding and right-wing political views — Zangrillo is former Prime Minister Silvio Berlusconi’s personal physician. Zangrillo’s ally, infectious disease specialist Matteo Bassetti, shares both his politics and views. In fact, a number of far right parties throughout Europe have adopted denial tendencies, most of them placing the right to work ahead of public health.

Zangrillo is no newcomer to trivializing the virus. In February, when the virus made its China-to-Italy leap, he took to Facebook to minimize the impending threat, predicting that “the so-called health emergency will soon be only a bad dream.” It instead turned into a true nightmare. North Italy took a massive hit, and Zangrillo’s native Milan recorded twice as many winter deaths than the year before, a surge propelled wholly by COVID-19. The national death toll would climb to more than 30,000 before it began to slow, shrinking to today’s low numbers. Italy’s relative stability is proof positive of the worth of restrictive measures.

Zangrillo’s humbling should serve as a cautionary tale to anyone still eager to make dismissive claims about the virus, Donald Trump included.

Zangrillo’s humbling should serve as a cautionary tale to anyone still eager to dismiss the virus.

That said, one the few positions I actually share with Trump regards the reopening of schools, at least through grade 12. This re-opening is important for kids and parents alike.

As I’ve written before, children under about age 10 almost never spread the virus. The only well-publicized instance of an outbreak allegedly caused by a child was actually the fault of the child’s mother, who knew she was sick but nonetheless repeatedly exposed all her kids’ preschool classmates and teachers. High schools can create space between desks — which may admittedly preclude full classes for all — and their students are old enough to bear with wearing masks. Italy has already ordered tens of thousands of desks to avoid traditional row seating. The outbreaks in Israeli high schools were caused by thoughtless abandonment of masks and distancing precautions.

But reopening colleges, as I also mentioned in July, is a recipe for disaster. As one U.S. opinion writer put it, “it’s clear higher education institutions stand about as much chance of enforcing masks and social distancing as alcohol consumption and abstinence.” It is rumored that college kids are already holding coronavirus “parties” where everybody chips in and the first to fall ill gets to take home the pot.

This is fairly typical adolescent Russian roulette, but there’s no earthy reason why colleges and universities should be complicit in playing that game.

Many parents with children in college have already accepted the reality that their kids may not go back to school before the fall of 2021, which sounds realistic.

A lot will depend on the medical progress — read vaccine — made between now and then.