Help is on the way 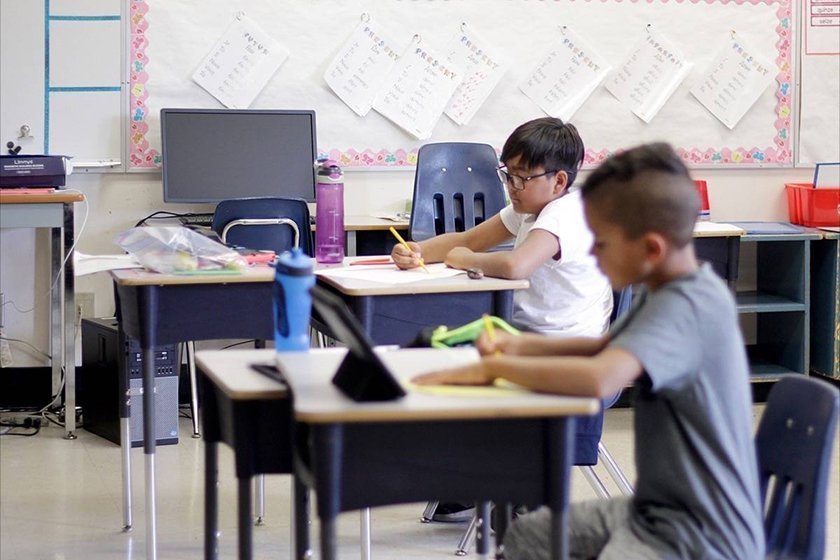 he coronavirus has been a disruptive force in education the world over, both personally and academically.

By now, everybody wants to get students away from their screens and back into classrooms. In some places, schools were closed in late February, and never reopened as lockdowns took hold.

Parents are understandably sick and tired of playing teacher, and of juggling their work schedules while their kids are constantly underfoot.

Kids have their own gripes. Many are sick and tired of having nobody to play with but their parents, and not all parents are good playmates. Teachers are sick and tired of jumping through hoops to make virtual lessons as effective as the real thing. Many have suddenly been asked to enter a virtual world that includes clunky and hard to manage software.

If children do get COVID-19, they very rarely infect adults, not the norm for respiratory viruses.

Technology aside, most teachers are finding the task of virtual instruction hard if not impossible.

On a broad scale, one involving tens of millions of students, online teaching is still in its infancy. It’s more likely to work at a college level (or in specialized training), where lectures are the centerpiece. Grade school or middle school, which put a premium on human interaction, is another story. That just can’t be replaced by anything the virtual world has to offer. Yet.

The good news is that reopening K-12 schools (kindergarten to 12th grade in the U.S.) is both feasible and safe (it’s nice to be able to use that word). Children rarely contract COVID-19. If they do get it, and this is in surprising contrast with other respiratory viruses, they very rarely infect adults. That by itself is a critical piece of the puzzle.

What it means is that elementary schools can get back to business, whether in Italy or the United States. In fact, if you look at the evidence from countries where schools never closed or have already reopened, I have doubts that closing was necessary in the first place. Teenagers are mature enough to tolerate wearing masks and accept classroom spacing. They also leave at the end of the school day, which should be a green light for high schools. The problem is with residential colleges with dorms and similar facilities. Many in the U.S. have said they plan to reopen in the fall, triggering considerable debate among parents and teachers alike.

A recent opinion piece in the “New York Times” sided with the doubters, as do I. It called reopening plans “so unrealistically optimistic that they border on delusional.” Adolescents tend to think they’re invulnerable, and if they’re invulnerable they’ll party. And no college is in a position to ban partying without an insurrection (come on, you were all 18 once!).

A party is a gathering, and often an intimate one, and two plus two still equals four. Colleges need to think long and hard about what they intend to do come September.

American colleges, that is, since Italy is a country with a very different college campus culture. Students attend classes, and, like U.S. high school, usually go home. Social functions and networking operate differently. That makes going back to university classes a safer bet in Italy than the U.S.

Again, though, if it’s relief from the constant presence of a seventh grader you’re worried about, help is on the way.