My debt to Ol’ Blue Eyes 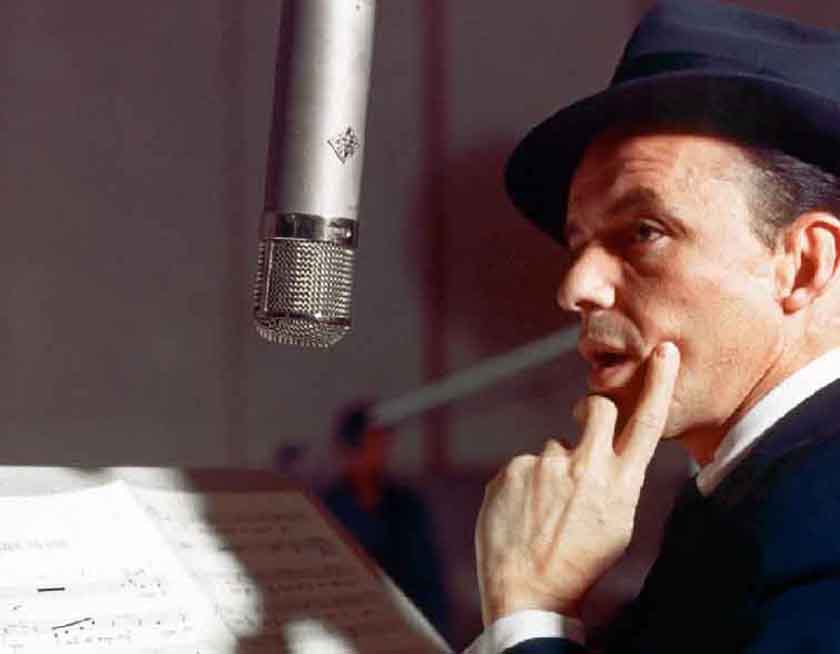 Frank Sinatra never styled himself as an English teacher, and yet...
W

hen you learn a foreign language by teaching yourself, what you miss the most is the possibility of speaking in that language, whether just to practice it or to train yourself to pronounce the words correctly. The latter is particularly important in the English language, which has rules of pronunciation that are so unpredictable that in the early 1960s Francesco Lanzisera, a legendary professor of English language and literature at the University of Bari, wrote an amusing but very interesting manual intended to help students steer through the labyrinth of English phonetics. He titled it “English is Chaos.”

At school, in my early teens, at the very beginning of the sixties, I had been offered French. “Offered” was more than a euphemism, since there wasn’t much choice, not really. At the time, at the local scuola media (junior high) only a very limited number of students were selected (by lottery) for the one English class.

Since my name wasn’t drawn, I reluctantly (obtortocollo” by the scruff of my neck,” to say it in Latin, which was also part of the curriculum) had to accept French. Vive la France! I  was 12. In time, I must honestly say I came to love French, and over time learned to speak it passably well. Still, English was my not-so-secret love.

But getting my hands on a second-hand English grammar book wasn’t a problem. As I mentioned in an earlier column, I also found one in my father’s library, property of my grandfather who, for whatever reason, had brought it back from Argentina. He had migrated there in 1924 before returning in the 1930s.

Newly introduced to ever-dependable French pronunciation rules, I was unprepared for English, which I found to be another kettle of fish entirely.

At the time, audio-visual aids for language learning had yet to appear in my remote corner of southern Italy.

Newly introduced to ever-dependable French pronunciation rules, I was unprepared for English, which was another kettle of fish entirely.

My main problem was interpreting the symbols I found in the International Phonetic Alphabet table (once listed at the beginning of every English grammar book). These were intended to enable you to produce the correct sounds so you could communicate in an intelligible way. For a self-taught boy, all this was a sort of a riddle.

But we had a radio and record player at home, a majestic burr walnut object. The radio had a full range of frequencies that would eventually allow me to pick up the BBC.

At the start, however, the record player had my full attention. I built a small record collection because singing along with English songs seemed to help me with the lilt and tone of the language. The songs, including the ones I heard on radio, were mostly American, with Frank Sinatra of great help. He had such a clear diction and the songs were so lovely and masterfully arranged, with the orchestra never blurring the singer’s voice. He soon became my favorite singer. I started buying his 45s, LPs being a bit out of my reach. I listened to them while mouthing the lyrics I usually found published in magazines, memorizing the text and repeating it aloud.

When thinking back to those years, I see myself as a devoted child Sinatra determined to work on my pronunciation (and who else could sing “love” [lʌv] like him?). Learning to command the vocabulary and picking up on idioms was an immense fringe benefit. What school language course could have taught me a funny tongue-twister like “in lama land there’s a one man band and he’ll toot his flute for you”? What teacher would have told me that you can “get a kick out of” something, or “get a crush on” someone? To say nothing of the “wonderful fling to be flung” that could be waiting somewhere. And no English grammar tome would ever have come out with Sinatra’s “dish the dirt with the rest of the broads” or “weather-wise it’s such a lovely day”! 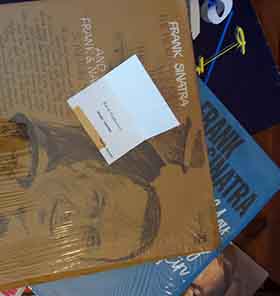 One day, in late 1967, I came across an article about Sinatra in a magazine. His Burbank address was mentioned, so I decided to send him a letter to thank him for the music that had created a sort of soundtrack of my life and played such a large part in my learning of English. I also wished him a happy 52nd birthday, which would have been in a month’s time. I posted the letter and forgot about it. That Frank Sinatra could ever reply was not something I had even dreamed of.

But a few months later a strange flat parcel was delivered by the postman. It came from Reprise Records, Burbank, California. I opened the parcel with no little trepidation. Inside, safely sandwiched between two thin polystyrene sheets, was Frank Sinatra’s latest LP, “The World We Knew.” Pasted in the middle of the cover was a card: “With compliments of Frank Sinatra.”Only recently I learned that the man was not new to fits of generosity much more significant than this one. An American friend of mine, a Catholic priest who built a home for parentless children in Mexico, told me that in the late 1970s Sinatra had given him quite a substantial sum to complete the building.e]

Several years later, I used English and American songs (including Sinatra’s) to teach English to my students, though by that time, all grammar books came with a growing array of audio-visuals. But singing in the classroom became part of our daily drill. Moreover, the lyrics of the songs could be broken, scrambled, and reassembled to be used in all sorts of exercises and amusing conversations in pair work. And the kids would sing the songs at home with their parents, many of whom had the actual records, the songs of their younger days, often tied to memories of their falling in love.

I still treasure the record “Ol’ Blue Eyes” sent me so long ago. I have listened to it hundreds of times and I am listening to it as I write, not a hint of vinyl surface noise after all these years. Thank you, Frank!