My daughter the eco-warrior 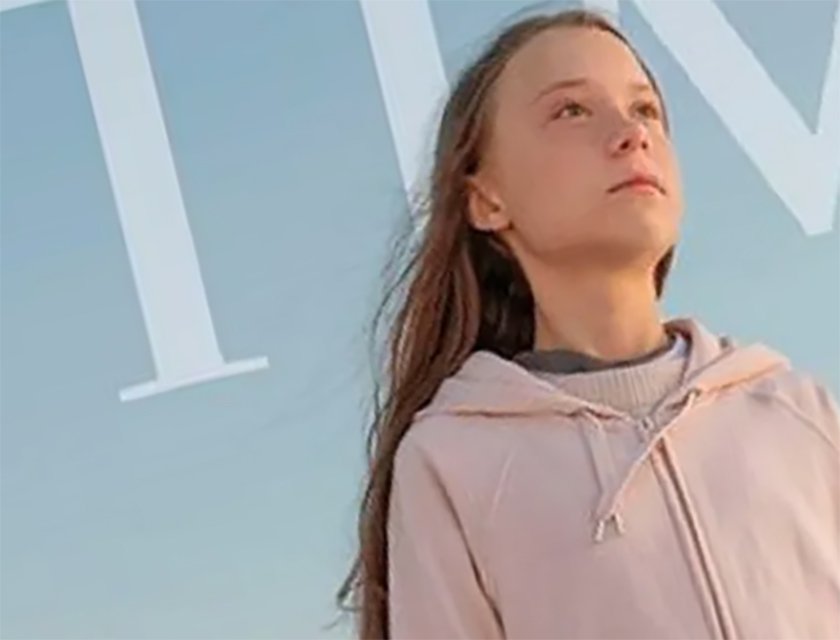 Who needs "Time" magazine eco-celebrity Greta Thunberg when you have a warrior daughter?
N

ow that two year old Hurricane COVID has turned into a steady drizzle, my 10 year old is restless. I know this means chaos ahead and I’ve tried to prepare myself, assuming we’d adopt a family of stray cats, or maybe decide to move the robin’s nest in the oak outside to the kitchen. I imagined Rebecca telling me the birds would be happier to live in the kitchen, since they like eggs. Please, please don’t ask why.

But this time Rebecca went mainstream. I know the culprit, and I should have known better. A certain someone talked to her twenty-something niece — which Rebecca has decided is really a “neeth” — and this eco-active twenty-something gave her the going lecture on climate change and food shortages and no drinking water and, well, you know, the end of the world in general.

But Rebecca wasn’t interested in the end of the world. It really wouldn’t have much impact on a kid who already lives in a parallel dimension. What “neeth” told her, or what she inferred from their chat, was that birds were eating plastic to survive and soon all the birds in the world would either be dead, and those that weren’t dead would be made out of plastic. To which she said to me, with that very serious look she gets, “Dad, we can’t let that happen!”

Honey, I replied, “neeth” is right (her name is Carol), there’s a problem with climate, but I don’t think you need to worry about birds turning into plastic. Although, poor birds really haven’t been smart about what they consume. A century ago they munched on coal and even gunpowder, and that wasn’t healthy either. I suggested maybe she wanted to give dietary lessons to the robin and its family.

This eco-active twenty-something gave Rebecca the going lecture on, well, you know, the end of the world in general.

Birds were turning into plastic and we needed to act — now. At home, this meant, well, nothing: we’re not Coke drinkers and there aren’t that many plastic bottles around. This enraged Rebecca who wanted home action as proof of her eco-warrior status. She could then tell “neeth” all about it, and then tell me, and peace would reign for, um, twenty minutes.

What I just could not predict was what happened when we next went to the food court, with its mixed bag of masked and mask-less marauders, including kids, housewives, and “tekkies” (we’re located near a huge tech company). It was at this place, in this spot, that Wonder Woman swung into action.

As I was innocently plucking greens and grabbing cornflakes, Rebecca, eco-warrior, was on the warpath. At first all I heard were some raised voices, but then came “young lady!” — and there’s only one young lady on this man’s planet capable of being called “young lady!” in a supermarket.

I zoomed Ferrari-like to the front of the store where I saw two managers in masks pleading with Rebecca to stop. She was taking Cokes and Pepsis and other instruments of environmental destruction and removing them from their aisle homes, setting them down one by one on the floor. By the time I got to her, some dozen bottles had been lined up and Rebecca had a crowd watching her. “Miss,” said the manager, “you can’t do that in a store,” to which Rebecca coolly replied, “I’m saving the birds.” This entire conversation, if you want to call it that, was something some existentialist might have written. I’m sure the author of “Waiting for Godot,” a play I once saw about absurdity, would have been thrilled out of his mind.

As I was innocently plucking greens and grabbing cornflakes, Rebecca, eco-warrior, was on the warpath.

I was not so thrilled. I didn’t want Rebecca, eco-warrior version, going viral. And the manager clearly didn’t know what to do, because if he even touched Rebecca he’d probably serve a life sentence for child abuse. The security guard was laughing, pretending to cough a lot.

I got near my daughter, pulled down into a crouch, and in one special Daddy voice I know, said, “NOT HERE. NOT NOW.”

Rebecca knows how rarely I use this voice so she stopped and burst into tears. I gathered her up, smiled at all the weird masked people, paid, and drove home, not a word spoken.

At home, she came to me with one word, “Sorry.”

I replied, “Apology accepted” (we have our little rites).

I then told her that while “neeth” was making useful observations, the ways of protest did not include disrupting the lives of others. What would birds think if she, though a goddess, arbitrarily deprived them of worms? What if she suggested they stay grounded for a while to avoid eating that delicious plastic? Some might okay the plan, but others would tell her to go back to her human cave and have a bowl of cornflakes.

This made her laugh, and I poured the milk, and I realized how much I love her (again), even though, as she reminded me while munching, the world would end in “les the krentury.” Well if we’re all going to die in a century, let it be in our kitchen, and please don’t take my supply of frosted flakes.