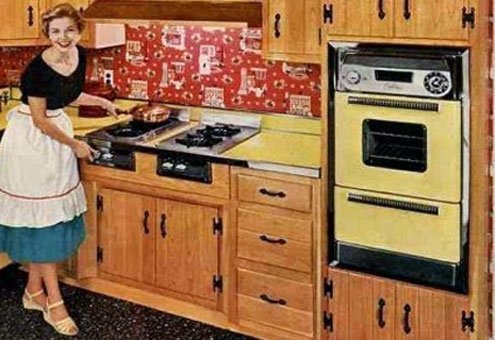 Something about their smell and taste conjures the past...
O

lfactory senses can take us to places where we’ve been and to those we’ve only imagined. It’s the closest thing to time travel. A singular whiff of canned string beans (the tinge of aluminum, the pasty odor of overcooked legume protein) can send you back to the long benches of your elementary school cafeteria. The heavy scent of artificial vanilla and butter can transport you to long-ago birthday parties you don’t even remember remembering.

Now, close your eyes and imagine a casserole. Any kind.

Maybe it’s tuna, and you’re six years old. Or a breakfast casserole with bits of sausage and biscuit suspended in mid-egg fluff. You’re 10, you live somewhere in the Midwest, and you just spent the night in a sleeping bag in your best friend’s basement making prank phone calls and muffling your laughter. The smell of coffee also fills the kitchen but you’re still too young to like it.

Though American cuisine is rife with casserole recipes, most originated overseas.

Italian pasta al forno (oven-baked pasta) is fundamentally a casserole. You scoop it out with a wide spoon or spatula and it splats when it hits the plate. Lasagna or timballo is much the same idea.

My personal culinary canon includes two crowd-pleasing oven-baked pasta dishes. The Italian have an elegant way of explaining what these dishes do to me, fa venire acqualina in bocca (literally, they makes my mouth fill up with delicate waters…i.e. salivate).

The first of my two staple casseroles is the great American classic, macaroni and cheese, my grandmother’s recipe. She makes it with shells and sharp cheddar, and tops it with “Italian” breadcrumbs. The pan is shallow and wide which helps it achieve the golden balance between crunchy exterior and dripping hot interior.

No matter where you slice it, you get some “crust,” which is over-baked pasta with a dusting of breadcrumbs embedded in cheddar cheese that first liquefies and then hardens.

When it’s hot, it’s a little chewy. When it cools it could crack a tooth. That never stopped me or anyone else in my family from grabbing the last few forkfuls in the middle of the night before it was reheated for next day brunch.

A reheated slice of Grandma’s macaroni and cheese is another delicacy altogether. The cheese, which has already melted and recomposed, begins to separate, and a glutinous and electric orange-colored stratum forms on the bottom of the pan — a second crust!

It’s enough to send everyone sighing and chewing; the only sound our moans of pleasure.

I had my adolescent fantasies.

While some 13-year-olds lay in bed waiting for their parents to fall asleep so that they could sneak out and drink beer, I waited for the right time to tiptoe into the darkened kitchen. I knew every inch it by heart. I’d silently open the refrigerator door, pushing it first to reduce the suction along the rubber molting so that the salad dressing and jam bottles wouldn’t rattle. I’d then reach for the foil-covered casserole dish and peel a few shells off of the side. I’d chew quickly and swallow hard. The guilt and the risk of being caught were part of the thrill.

My second casserole dish was inspired by a summer trip to Tuscany. My family rented a country house and hired a chef to teach my mom and aunts how to cook something authentic. I was 18 and shirked adulthood in favor of cheap Chianti and time by the pool with my cousins.

Meanwhile, my relatives sweated alongside some Filippo or Paolo, each one eager to help the Italian cook peel a zucchini or stir the béchamel, which thickened gradually like gravy. They grated nutmeg and sautéed garlic and spinach. They boiled rigatoni in so much salted water that it tasted like the sea, and when it was almost al dente they strained it, stirring in the vegetables and the béchamel, then coating the top in splinters of pecorino cheese and sliding it into the oven.

The smell of nutmeg and black pepper filled the house. When I was tanned golden brown, sun-dried, and starving, I finally headed indoors. The sun was setting when we sat down to eat outside. My proud aunts piled our plates high.

Green-stained cream oozed from every tube of rigatoni and wafer-thin disks of zucchini melted on our tongues. Every bite released fragrant steam. We drank a peppery Sangiovese blend that sliced through the wet white pasta leaving behind a hint of black cherry.

By the end of the meal, my legs rubbery and crossed under me, I rested my head on folded arms. The only light was a candle on the table under a sky full of stars.

I tried recreating this dish in Chicago one wintry night. My first attempt at béchamel was lumpy and burned. I’m happy to report that I’ve since improved. I still use heavy cream and a lot of fresh nutmeg as a perfect substitute.

So think twice next time you scorn at a casserole.

It has the power to take the mind and body to another place — which is more than I can say for arty nouvelle cuisine or minimalist gourmet. These culinary masterpieces are more aptly described as once-in-a-lifetime experiences.

Casserole just goes on and on….

“Meet me in the Kitchen at Midnight” Macaroni and Cheese

Serve with a delicate sparkling white wine such as Pignoletto d’Emilia I.G.T.

“Too much Tuscan Sun” Pasta al Forno with Spinach and Zucchini.

Serve with Chianti for the nostalgic experience, or a buttery Chardonnay for a more harmonious pairing.