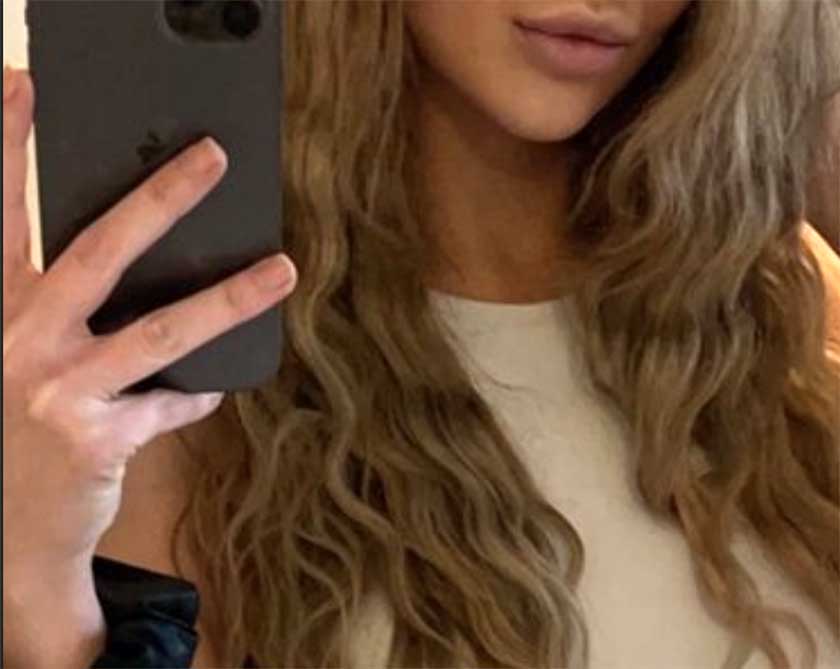 These days, a girl's third hand, if not a piece of her mind.
W

hen I finally reached a deal with my daughter to get an iPhone, or some derivation of it (she gave me the name but I forgot), we reached one ironclad agreement — ironclad, that is, from my paternal perspective: no mirror shots for a year (I know, I know, some call them selfies but I hate that word).

She drove a hard bargain. Two years, I said. Until you’re twelve.

Somehow we settled on a year.

For those of you still residing in 1985, a mirror shot is a staple of postmodern culture. It’s the teenage girl at the epitome of her vain best, or so she thinks at the time. She stands in various poses in front of a small or large mirror until her fingers get the vanity twitch and the result is a shot of a girl in front of a mirror looking at her phone.

Usually, it’s the phone’s camera, and not you, the boy or stalker, seeing her face. She often scowls for effect and rarely smiles because the angle and the presence of the phone fractures a smile, making it look — and this is the consensus word — stupid.

The mirror image serves two purposes. It’s proof of life to yourself, which teenage girls require relentlessly, and to their friends, who need to see such proof with equal relentlessness. It can also help you show off a new top or bottom, though most of the time the mirror shot is all about phone and face.

Poor mirror, it’s left out of this Oscar Wilde picture.

Rebecca has so far shown me a dozen or so mirror shots of the approximately ten thousand she’s taken while preening in front of my grandmother’s tall bedroom mirror (don’t worry, Grams, they all do it now….).

Each time she points out a different aspect of “coolness”, most recently the way her ears didn’t stick out and how her nose seemed smaller. When I suggested her ears never stuck out and her nose was beautiful, she wrote off such fallacies as paternal bias.

She’s also shown me some mirror shots taken by her friends, a few of them MMSs, or multiple mirror shots in which the girls have lined up several mirrors and made all sorts of hay with facial vanity, looking silly or seductive. When I asked Rebecca to tell what a seductive look was (Rebecca is only ten) she said, “You know,” to which I said I didn’t, to which she replied, with drop-dead eloquence, “Whatever.”

Rebecca got so tired of showing me shots she’d taken of daughter truly, she actually made me do one. That is, she positioned me in front of Gram’s mirror and had me take a shot of myself, big ears and all, “So I can send it around to my friends and blame you.”

Don’t even think of it, I told her. And suddenly look who was vain. Dad. Guilty as charged.

This made me think back to my own ten-to-fifteen-year old days. Girls didn’t stand a chance when it came to comparing their sexual “progress”, by which I mean the development of their bodies. Comments came mother-to-daughter or at school, when girls who didn’t have breast development at thirteen were ridiculed. And traumatized.

So honestly I think this is for the best. The game is on early and after a while it begins to lose some of its luster. Girls need more than pixels. Their selfie collections are so immense they just don’t make news. So you have to try something else, like trying to get smart and make the boys look ridiculous, which often isn’t difficult.

Rebecca told me her new friend John thought Durban was a planet, not a city in South Africa. He also thought Botswana was a kind of drum used by old rockers (who knows, maybe he’s right).

Not that Becca has stopped with the mirror shots or even slowed down. Not at all. I know this because I hear a thud and a crash the other day. She’d tried a mirror pix holding a frying pan and a vase. Neither survived and the mirror had no comment.

How’s the weather in my part of the world, aside from hot? Well, now you know.