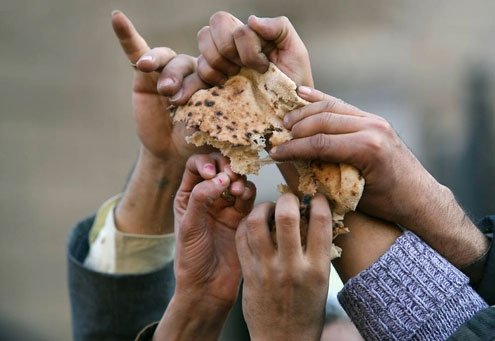 Egypt is believed to have less than two months supply of imported wheat left in its stocks.
T

he eastern Mediterranean is in flames. Ethnic and religious conflicts are tearing apart most of the countries of the Southern rim with Muslim sects locked in intractable and bloody religious wars that pit Shiites against Sunnis. In their ferocity and irrationality, these complex struggles are eerily reminiscent to what Europe endured in the 16th- and 17th-centuries, when religious and secular forces did battle.

Little is left of the 2011 Arab Spring, so warmly welcomed at the time and likened by some to the Liberal Progressive revolutions of Europe in 1848.

But context is useful.

It took two decades for the 1848 revolutionaries to achieve their progressive political objectives — with American Civil War playing an indirect but facilitating role. One by one, the conservative and reactionary governments that had dominated Europe for decades collapsed ignominiously, replaced by parliamentary democracies. These incipient democracies slowly transformed the Old Continent’s political landscape.

As in 1848, today’s civil, political and religious unrest go hand in hand with an unprecedented economic recession, the deepest in at least a generation. Collapsing standards of living, sharp decreases in employment, and a drop-off in industrial and agricultural production are weighing down whole regions. Food prices have risen explosively.

Muslim states have all been affected by the turmoil. Syria’s GDP has fallen by well over 50 percent during the last three years of civil war. Libya and Tunisia are also struggling badly.

But the Egyptian situation is dire: GDP, which grew at a satisfactory rate of about four percent annually through the 1990s and early 2000s has fallen off by nearly 25 percent in recent years and now hovers around $200 billion, down from $245 billion in 2006. Were it not for military aid from the United States and financial credits granted by still-rich oil producing Arab states including Kuwait, Saudi Arabia and Qatar, Egypt would be bankrupt — a situation it has faced several times over the last 150 years (in 1876, Egypt’s ruined finances were places under joint British-French control). In theory, its currency reserves have only months left. If resources from powerful multilateral institutions such as the World Bank and the International Monetary Fund are withheld, Egypt could find itself at a standstill.

Its balance of trade was in the red by $35 billion in 2011, with the figure expected to rise to $60 billion in 2013. Official foreign debt totals are estimated at around $40 billion — though that figure represents just a fraction of Egypt’s overall foreign debt.

Most worrisome is the bill for food imports, mainly wheat and corn, which cost the country more than $35 billion. Rising food prices were a key trigger mechanism behind the Arab Spring, which had a vast bread riot component — though it remains the least recognized and discussed reason for public exasperation.

Commodity price increases for grain and other food staples began in 2002 and have dramatically reduced purchasing power in all states that depend on grain and other food imports. Egypt imports around two million tons of wheat a year, about 18 percent of its total wheat consumption. Agricultural import costs (maize, Soya, and others) have drained public resources, forcing a reduction in wheat subsidies that may be abolished before year’s end.

Yet the poor have become poorer, and more dependant than ever those same subsidies. The United Nations has already warned of the prospect of deepening food shortages if the if civil unrest continues, with the lack of food only worsening the overall security picture. This bleak picture applies to most of the states in the region and goes a long way in explaining why refugees continue to flow northward despite the European recession. It’s a Mediterranean catastrophe in full swing, with no end in sight.

Nor is there a safe harbor for those caught in the Med-storm. Greece has been pushed into depression along with Cyprus and Slovenia, and to a lesser extent Spain and Portugal. Major countries like Italy and France remain at risk.

The depth and spread of the economic crisis affecting the Mediterranean basin, though it varies by country, is unprecedented. Forecasts now predict a slight European upturn in Europe, and a social democratic victory in Germany’s fall elections could usher in the introduction of pro-growth euro policies.

But on Mediterranean’s poorer side, economic realities mean there’s little to look forward to. This stark truth — that many Egyptians can no longer afford their lives, and their food — underlies the media-friendly image of a country afflicted by waves of political and religious strife.