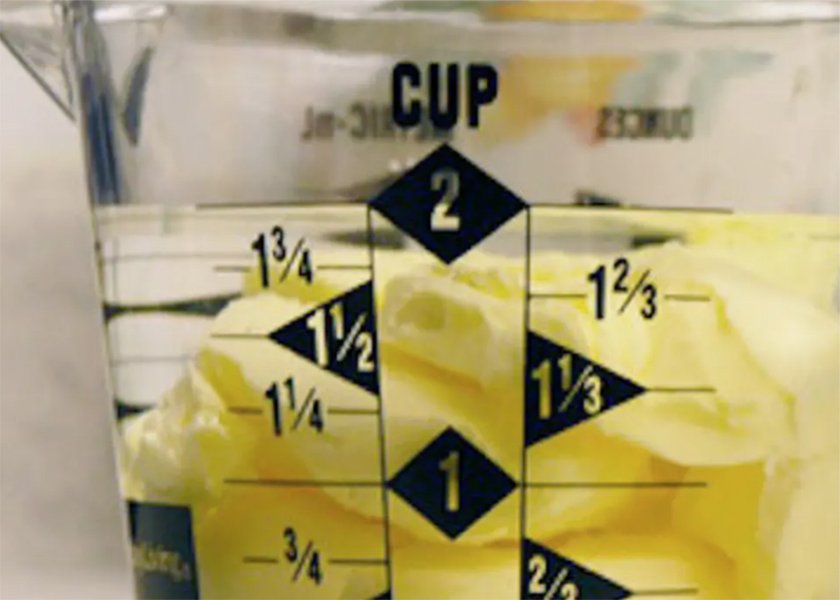 avid thinks for a moment, then says, “So, I can’t tell how much broth they are saying to put in,” showing me the recipe for an Italian soup on his phone. Since Florida is under lockdown, I’m trying to see what we can make with what remains in the pantry.

I come across a recipe for Zuppa alla Pavese in the “New York Times,” which coincidentally, was suggested by a columnist for “The American | In Italia.” The recipe calls for eggs, bread, broth, and Parmesan cheese, but it’s ambiguous about the broth quantity.

“Just do however much you think,” I tell David. “Here, use three little cans of broth,” I add, shoving the cans toward him.

David is precise. He likes numbers and studied German in high school. In all fairness, he’s actually a very creative cook, but no matter. His inquiry has taken me somewhere else that afternoon: my mother’s kitchen. She would also ask me for precise measurements, whenever I was home visiting from Italy and whipping up something Italian. I’d make a big pot of risotto, or pasta alla carbonara, throwing this and that together like I’d learned to do in Italy. My mother would lean over the counter, watching intently, pen and paper in hand.

“So how much did you just put in?” she would say, eager to write down any indication.

Italy stripped me of the curse of perfectionism. I wanted to offer that to my mother.

Italy stripped me of the curse of perfectionism. I became more cavalier in my movements through life, less restrained. I wanted to offer that to my mother. She hadn’t had the privilege of living in Italy and unlearning certain American values. She was a third-generation immigrant. Her grandmother Anna was born in Italy, and moved to America when she was a small child. Anna’s daughter Mary, my grandmother, was told not to speak Italian — even though she later referred to herself as ‘nonna.’

But the curiosity about the ‘old country’ really began with my mother. Though my mother was actually more Croatian than Italian, she saw her cultural identity as Italian. I remember her tears of joy when my family visited Italy when I was a child. I’d never seen her happier, and my mother would spend hours interviewing her grandmother at her kitchen table, tapes I now have.

But my mother was also a World War II baby, raised in America’s boom. She grew up fully American — and working class. Her own climb was to uproot from that class, and have her own career as a nurse, something her mother dreamed of for herself but never had.

That left the ancestral roots exploration to me, raised upper middle class in a university town. Sometimes I felt guilty for the luxury of my exploration. Mostly, I felt very lucky — and loved for it.

My mother indulged my Italian journey as much as I did. She didn’t approve of my relationship with my much older Italian boyfriend, but she talked to him many times on the phone and always said, fondly, “He reminds me of my relatives.” Of aristocratic ancestry, he had four names, and I once caught her dramatically, and proudly, articulating them to her friend over the phone.

Whenever I visited home, as I unwrapped Italian gifts for my parents —Ferragamo ties for my dad, silk scarves for her, chocolate and hard cheeses — my mother’s eyes widened like a child’s. Really, I was unwrapping myself. I’d show off my Italian clothes, my cooking skills, my language skills, my carefree attitude.

All those times that my mother was leaning in, asking me how to make food, she was really saying, ‘‘Teach me how to be Italian.”