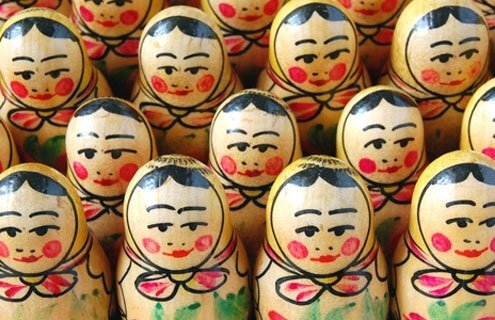 Europe's calcified institutions can resemble those of the defunct Soviet Union.
E

ven the most confident of experts begin to doubt their cherished assumptions when the economic picture is as black as that of today.

Perhaps Western economists should step back and take a lesson from a system that appears to have nothing to do with our own: the defunct Soviet Union.

The past few months have seen the opening of a rift between two previously aligned multilateral authorities: the International Monetary Fund and the European Commission. The IMF now says that the Greek bailout was slow, inefficient and costly, and therefore gravely and unnecessarily worsened that country’s economic prospects. EU officials have immediately denied any responsibility in the Greek crisis. The relationship between the two institutions is tense.

The IMF’s altered position seems to reflect a macro-economic approach far less dominated by rigorous monetarism. In essence, the IMF now reasons that austerity measures imposed on recession-hit countries will aggravate negative trends and push already precarious economies further into recession. Such countries are finding it increasingly hard to balance their budget, with budget parity an unreachable goal. The result has produced dire conditions.

In shifting its approach, the IMF appears to be following the reformist approach it adopted during the Argentine crisis of 2001-2002, considered an exceptional circumstance at the time.

Could this mark the start of a complete reversal of the IMF’s traditional orthodox policy line? Maybe, but the world never moves in unison.

Germany’s Constitutional Court recently agreed to rule on a petition presented by the Bundesbank (among others) that charges several EU countries with having breached the Maastricht Treaty because their deficit spending exceeded the three percent of GNP agreed to in the treaty. Several large powers in the EU could be affected by the court’s decision, including France, Italy and Spain. The case stands to open a rift between the German Court and major EU institutions, again demonstrating how complex and contentious a process it is to amalgamate Europe and adopt common policy lines coordinated by European, not national, institutions.

The Bundesbank was and remains covertly hostile to the common currency, and it’s not alone. It hasn’t given up of retaining control over national economic policies. The fact remains that the euro’s adoption was essentially a political decision. The technical branches of a number of governments never greeted it with open arms.

The European recession was first predicted to end in 2012, which was then adjusted to 2013, and now has been pushed into 2014. So far, it has generated a sharp and frightening rise in unemployment.

Governments seem incapable of solving the problem and social tensions continue flaring. Those who argue against the conservative line of fiscal and monetary discipline use the American example to say that deficits can be offset by the creation of new money and will decline automatically decline as the economy recovers. Up to a point, that’s indeed what happening in the U.S. and Japan, where the economies appear to be picking up, albeit slowly.

But it might also be useful to examine the debate that took place in the Soviet Union in the years between 1928-31, while the West was mired in the Great Depression. The argument pitted two opposing schools of thought: one led by the Hungarian-born economist Eugen Varga (1879-1954) and the other by the Russian-born Nikolai Dmitiryevich Kondratiev (1892-1938).

Kondratiev disagreed. He theorized that economies were subject to long-term cycles — 50-year cycles — of which the 1929 crisis was a part. He argued for the privatization and development of Soviet agriculture, using the resources it generated to stimulate industrial development.

Varga “won” the debate and worked to organize the Soviet Five Year Plans of the 1930s and the Gosplan, the entity charged with their implementation. Varga’s in-house program was extremely successful and helped the Soviets industrialize.

Kondratiev was arrested in 1930 and shot in 1938 during the Stalinist purges. But while Vargas and his theories were forgotten, Kondratiev’s ideas are now being revived and actively studied in the West with growing interest. His notion of long-term cycles, boom and depression, tied to links between commodity price fluctuations and investment sprees appear to have acquired new relevance in the present economic environment. The application of some of his ideas, a “fresh” approach from the past, could help break the ideological stalemate in Europe and elsewhere.

Despite the “good capitalism, bad communism” dichotomy, the West is by no means immune to Soviet-style rigidities. Doubters need only look at the behavior of some European central banks and the branches of a number of multilateral institutions. Their sense of entrenchment can resemble Soviet Moscow at its most stubborn, making a sliver of the past look like an aspect of the present.