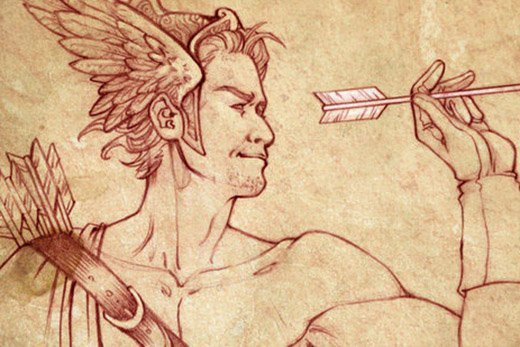 ithin the incredible richness of the Hindu pantheon, Ganesha, also known as Vinayaka, Gajavakra, Ganapati, and under many other names, is probably the most easily remembered deity among non-Hindus. This is largely a result of the iconography of the god, an elephant head on an anthropomorphic body, which is quite eye-catching. Ganesha is known as the god of intelligence, wisdom, philosophy, writing, prosperity, success, and as the remover of obstacles. He is also what historians of religions define as a “liminal god.”

Liminal gods are deities associated with the crossing of boundaries of all sorts. Often thought to dwell in crossroads, thresholds, doorways, gates, they are typically linked to knowledge, wisdom, the underworld, seasonal cycles and other “in-between” situations, both natural and man-made. Symbolically, an “in-between” state carries a highly suggestive connotation, opening the door to possibility and challenge, as opposed to the immobility of well-defined borders.

Examples of liminal gods are many, and include the Greek god Hermes, deity of commerce, roads, thievery, as well as a psychopomp, from the Greek psychopompós, a guide whose function is to escort souls to the afterlife; the Roman god Mercury, another psychopomp and messenger of the gods; the Egyptian god Osiris, lord of the underworld; the Native American trickster Coyote; or the Voodoo deity Papa Legba, who is the intermediary between men and the spirits, a gate opener and the first one to be invoked in ceremonies.

Ganesha is the first deity to be invoked in ceremonies.

Coincidentally, Ganesha is also the first deity to be invoked in ceremonies, and the reason for this is largely explained in the sacred texts known as the “Puranas” (3rd to 10th century CE, or AD). The myth says that the god Shiva made his return home after being away in battle, where he killed the elephant-headed asura named Gajasura. In Hindu tradition, asuras are evil beings, often referred to as “demons” in modern literature. The “demon” reference is for the sake of simplicity, though the word is clearly inadequate. Shiva then was anxious to be home and greet his wife Parvati, but at his arrival he was stopped at his own door by an unnamed boy, who refused to let him in. In an act of rage, Shiva decapitated the child with his trident.

Only later would he learn that the boy he murdered had been created by his wife Parvati in his absence, and that the child had impeded Shiva’s access because he was obeying the orders of the goddess herself, who demanded no one be admitted into the house while she was taking a bath. Filled with remorse, and seeing Parvati’s sadness, Shiva sent his troops (Ganas in Sanskrit) to look for the boy’s head.

They couldn’t find it, so Shiva attached Gajasura’s head to the lifeless body and revived the boy. To this, Parvati objected that nobody would ever worship a god with the head of an elephant. Consequently, Shiva granted the boy a blessing: he would be worshipped before any other god at any ceremony.

Ganesha’s liminal state in the middle of the animal and human worlds is only the first of a long list of “in-between” characteristics. As the deity who removes obstacles, he is also worshipped at the beginning of any enterprise. He has four hands, and although representations vary, he typically carries a lotus flower, symbolising purity; an ax, to cut off all bonds of attachment; a rope, in contrast with the former, to hold his devotees close; while his last hand is either empty in an act of blessing or carries a bowl of sweets, which he enjoys very much.

He carries a lotus flower for purity and an ax to sunder the bonds of attachment.

His large ears contrast with his tiny mouth, as a reminder that listening is more important than speaking. His trunk is able to lift either heavy objects or a needle with ease, which underlines that wisdom is made up of both strength and subtlety; whilst his large belly peacefully digests all that is good and bad in life. He is represented with one of his tusks broken. Several explanations are provided for this in mythological accounts, but my favorite is the one contained in the Mahābhārata, an epic poem composed around the 3rd century BCE. In this version of the myth, Ganesha’s quill breaks in two halves whilst completing a writing task. The god of writing could not leave the piece incomplete, so he broke his own tusk and used it to write, hence making himself incomplete in order to take his mission to completeness.

Ganesha’s liminality is indeed the most captivating aspect of the deity. His “in-between” state, suggestive of constant possibility, translates into an auspicious sign for prosperity and opportunity. Ganesha’s statues are often found at the entrance of devotee’s homes, for the god to remove obstacles and guarantee success and harmony. Without a doubt, one of the most loved gods of the Hindu pantheon, he is also worshiped in Buddhism and Jainism. His cult is extensively diffused throughout India, Sri Lanka, Nepal, Thailand, Indonesia, and the Mauritius. Not surprising, I would add. After all, what is not to like about this captivating guy?

— Editor’s note: this is the second in a series of essays in which the author probes her fascination with Hindu gods. The first appeared in January.