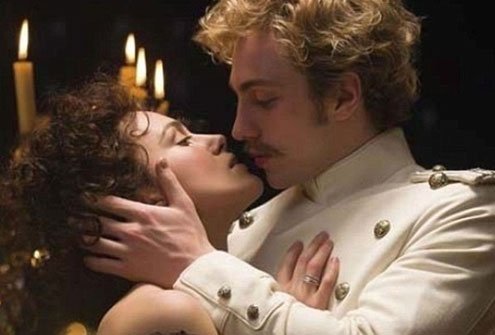 was at my brother-in-law’s house the other day innocently reading Tolstoy on Kindle in the living room when Jason, his son, gave me an intellectual mugging.

It started with the classic seven-year-old kid question, which most parents can identify as an ambush in waiting, but I, kid-less, took as, well, you know, a question.

“How come you read so much?”

I put down the Kindle, looked Jason in the eye, and told him I enjoyed it.

“Well, Jason…” And I launched into an explanation of how Tolstoy was a Russian and a really great story-teller and…

“Does the book have a vid?”

Well, Jason, the book was written before vids so I…

“How come you read dead people?”

“Did he write this stuff before he was dead?” (Snicker).

In came Frank, my brother-in-law and Jason’s father.

Frank is many things but quick is not among them.

The time had come, I thought, to make things worse.

“What your father means is that gramps is fine and…”

“So you were lying about the Russian you killed.”

Frank: “Who killed a Russian? What did Joel tell you, Jason?”

Frank: “Let Jason speak. It’s important that he speak for himself.”

Jason: “Joel said he was reading a book by a dead Russian who, like, knew gramps and sends him text messages about something…”

Frank: “Jason, you misunderstood Joel. Gramps is fine, and he’s not Russian.”

Me: “The Russian is in the Kindle, and…”

So, off we went to the study, leaving Jason alone with my Kindle.

Frank: “Can you not talk about death with Jason? I mean…”

Frank: “Kids pick up stuff, so just think things through before you…”

Then came Jason’s voice from the other room: “Dad, Dad, there’s a lady kissing on the Kindle…”

That would be Anna and Vronsky, but hey, I’ll leave it to dead gramps to explain.