James and Peggy in the Latin Quarter 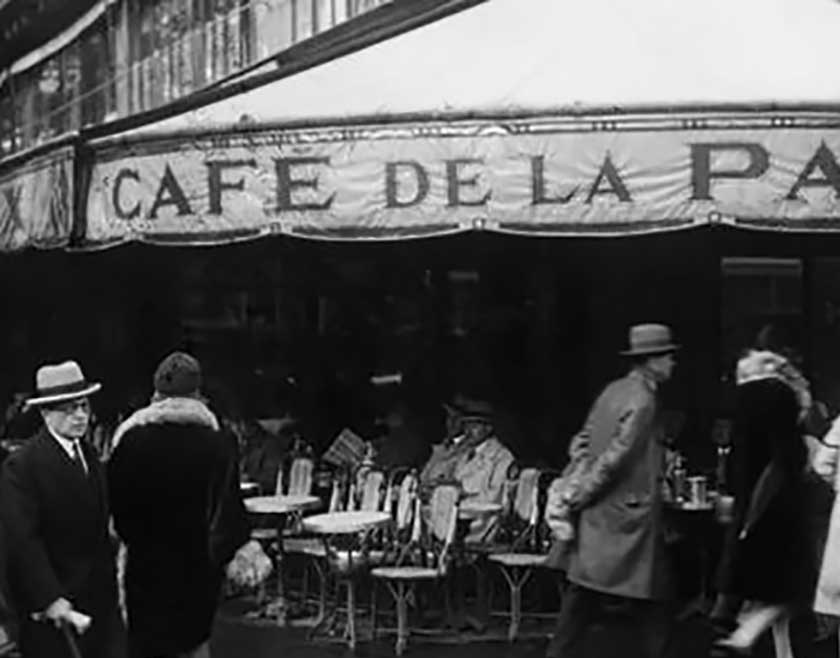 The Latin Quarter was a hive of intellectual and social activity in the postwar period.
T

his is excellent, wrote my bass teacher, sending me a link to an article about American writer James Baldwin’s relationship with France.

He knows that Baldwin is among my heroes.

I’ve been guided by his profound sense of the truth and his fearlessness, both of which have helped me decipher some of society’s most harrowing codes.

A self-proclaimed “commuter” between France and the United States, he spent a significant part of his life in the country I’ve called home for some years now. His time in France is most associated with his residence in the Southeastern town of Saint-Paul-de-Vence, but it began with a formative stay in Paris’s Latin Quarter, a hotbed of art and inspiration in the intellectual capital of a world recovering from the prolonged nightmare known as World War II. With few published books to his name at that time and starting with $40 in his pocket, he lived in the Latin Quarter on a recurring basis for nine years, using Paris as his home base between travels through Europe.

Speaking at the National Press Club in December 1986, Baldwin spoke of how he “grew up” in postwar Paris. It was far from being a utopia — he never imagined it to be one — but to its credit it was not an environment where he was a “despised black man” and where he was able to come to terms with his identity and his sexuality.

In addition to this, it was a locus point from which he was able to re-evaluate his connection with his home country, a nation poisoned by racism and homophobia.

When I listen to music that makes me nostalgic for a time I never knew, I sometimes imagine the vibrant colors and sounds of nighttime on the Boulevard Saint-Michel toward the end of the 1940s, and through all that, I clearly hear the clicking of two typewriters amid the commotion. 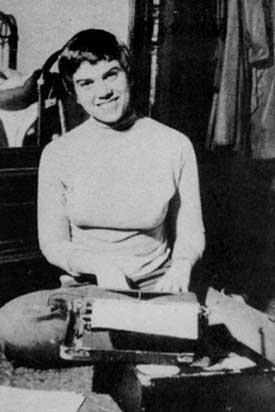 Whether James Baldwin and my maternal grandmother, Peggy Mann (also in Paris and also a writer), ever crossed paths, I don’t know. But there’s no doubt in my mind that their typewriters mingled among the many in Paris’s Left Bank at the time.

Peggy died thirty years before my birth. But I know from some of my own research and from family stories that while deeply attached to her family, she was a free-spirited woman who lived for her writing in the same way that Baldwin did for his. Survival, in his words, meant “not expecting to find warmth in one’s hotel room.”

I don’t know whether there was any in his, which was (without exaggerating) around the corner from the unheated Hôtel Albe Saint Michel, on the Rue de la Harpe, where Peggy lived for two years and wrote most of her first novel, “A Room in Paris,” which, interestingly, shares some themes with Baldwin’s “Another Country,” a book that for me has been life-defining.

Writing to her grandparents she said she truly felt at home in Paris. And, speaking by way of the main character in her novel, an American painter and ex-G.I. Paris was a place where you could “make believe it was great to be whatever you were ashamed of being.”

Peggy Mann and James Baldwin approached the City of Light in different ways. It was not a place that they called home for their entire lives, but it was a place where they found stepping stones that enabled their growth as individuals and writers.  Whether they met or not and wherever they are now, I like to think they’re comparing notes — in the most intelligent of ways — about their Parisian days.

And if that is the case, I would like to thank them for keeping Paris in mind and for leaving some of their words there.