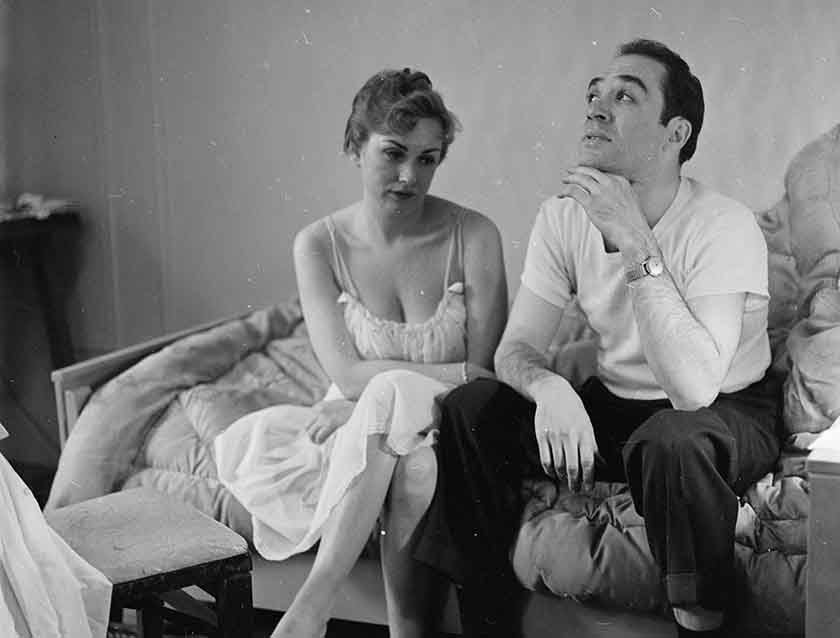 That form of passion known as compassion...
T

his is a confession of sorts, albeit late, perhaps too late to bother with but I’ll plow ahead. Take it with a grain of salt, or take the grain of salt and split it in two so something more emerges (or seems to).

When I was 33, the age of man, and living in Chicago for a year, I tumbled into depression, what then qualified as the blues (which has its own musical genre). I had alienated my girlfriend and my parents and many of my friends as part of a self-destructive effort to assert my presence, as if to say, “Look at me.”

One rainy week I opened the free paper that circulated at the time and went to the escorts sections. What the hell, I thought; what’s $1oo bucks, and why not a little paid intimacy to further assert my downness. I had never done such a thing before and never did it again. The idea of paid “romance” disgusted me.

Her name was Patty and she wore ankle boots and had red hair, and from the moment she walked in I wished I hadn’t gone through with my whim.

Then a strange thing happened.

Instead of the quick ritual of paid sex we began to talk. She was a sweet young woman of 25 with lots of freckles who told me straight up that I looked sad.

She was, unlike me, a ferocious optimist who believed people should get to know other people — in whatever way possible.

The next step should have been the quick fix of intercourse and good-bye, but that never happened.

Instead, she told me about her past, her brother (killed in Vietnam), and her father, a good man with a drinking habit. She told me about a boyfriend she had loved, but he had a drug habit. She said she’d never really wanted to get into “this kind of work” but that she needed the money.

And so it began: slightly less than two hours of conversation about life, death, taxes, and sadness, and hopefulness too.

This is what struck me most. She was, unlike me, a ferocious optimist who believed people should get to know other people — in whatever way possible — because that contact, however limited, helped take the edge off, at least for her.

She had a baby, a baby with the same name as me, and we talked about how she planned to raise the child. We talked about her dream to visit Nice in France because she liked the name: she thought Nice must be nice.

She was kind and unassuming in a way that left me disarmed, since I’d formed a view of her profession that didn’t include these kinds of personal details.

After an hour of intense chatting, she took my hand in mine and said, “Do you want to go to the bedroom?”

Time was running out on our encounter and I just wanted to keep talking, and that’s what we did, we talked.

The whole time, at least toward the end, she stroked my hand and encouraged me to look ahead, because, after all, there were cities in the world called Nice.

I didn’t have the heart to tell her Nice in French was not nice in English. It seemed too cruel.

This was before mobile phones so at a certain point she looked at her watch and said she had to go. Agency rules.

At the door, we hugged and she held me hard and tightly. I felt for an adolescent instant like I was falling in love.

Later, I couldn’t stop thinking bout her. I knew she’d visited me as part of a work obligation, and I’d tipped her well. I just telling myself to respect the line between my feelings and her job, and I told myself her sincerity was part of an act even though deep inside I knew it wasn’t, or that’s what I wanted to know.

All that week I thought about her and wanted to call the agency to schedule another “date,” but I didn’t. I kept my moat up.

Only the next Sunday, one week after I’d seen her, did I break down and call the agency asking for a return engagement.

Not possible, said the lady on the other end, she left town Friday.

I slammed my fist into the fall and broke two bones. A lover of spontaneous gestures, my impulse had been overridden by some sort of semi-Puritanical wish not to take advantage of her.

She stroked my hand and encouraged me to look ahead, because, after all, there were cities in the world called Nice.

I could not get her out of my mind for a month, and so, in a way, she pulled me from the worst of my inclinations, since my focus was on her, on finding her again, even though I knew it was futile. But a sense of purpose is can save you from yourself.

Time passed and I bounced back, at least a little, but whenever I thought of women I felt her hand in mine.

One day several months later I got a postcard from New York.

She’d obviously written down my address and seen the apartment number on the door. The card said simply, “I hope you’re better. Think Nice thoughts,” and had a scrawl of a jet under her signature.

I still wonder, well into middle age, if she in fact made it to Nice, pronounced any way you want to. I wondered what became of her child who must now be in his twenties or thirties.

And even now, when I’m down, I bring back a vision of her, her hand in mine.

What are memories made from? Salt, probably. But this grain, over the years was split a million ways, and I can still feel its texture.