Interview with a (boastful) virus 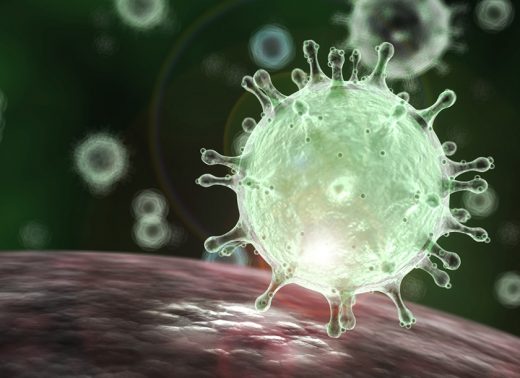 One man's killer virus is another man's view of sophisticated destruction at work.
A

veteran particle, or virion, of the corona virus took time out from active duty in northern Italy to chat with (maskless satirist) Joel Stein. They discussed the ongoing contagion, fear-mongering, pop culture, and how funny humans look in large masks. These are excerpts from their conversation.

Are you and your fellows “amused” that the expression “going viral” has turned literal?

Not really. But to borrow from a human expression, “What goes round, comes round.” All your web-crazy people might want to rethink their vocabulary.

Why start in China?

Opportunism. When no one’s checking the speed limit you can drive fast…

Care to elaborate beyond pop metaphors?

Not really — I’m just using human terms you might understand. In rural China, circumstances were right. High-density areas make work easier for mission-oriented organisms. And we are.

Were you “created” by the Chinese?

Silly. Human thinking can’t live without paranoia and conspiracy theories. No one controls us, least of all “nations” or “peoples,” boring designations at best.

So what’s a useful designation?

You could say we’re all about infiltration, which is a cool thing, and challenging.

They can’t repel much and give up faster. Talk to your guy Darwin.

For ages we just moved around and people prayed. Boring.

What’s it like being part of a virus on the move?

Busy. But at least these days we get some name recognition, if not celebrity status. We’re feared, which is fun. People use words like pandemic. Markets go nuts. That kind of thing gives you a charge. For ages we just moved around and people prayed. Boring. Repetitive. But sowing panic is a thrill, all the more so since panic, worry, and anxiety weaken immune systems. We don’t even kill that many people but everyone’s afraid to die. Win-win.

Watching them fear the worst, and try to lock themselves up, or lock us out. Humans have this “end of the world” penchant that’s exciting to be around. Makes us the center of everything. Reminds us of medieval times, and those were the days, my friend!

But the Black Death was bacterial, no?

We’re all on the same team here. We talk to bacteria all the time, though those guys can have it rough.

Are you aware of the impact you have on human life?

We really don’t have time to get into sentimental [expletive deleted]. Life’s a bitch and then you die, and I didn’t even make that up. If it’s not us, it’s some small-fry flu. Or our friends in the cancer hut.

Not really. Infection is work like any other. Some heal, others don’t. The world keeps turning.

Could you and your colleagues eventually become as lethal as the Spanish flu that killed millions after World War I.

Read your history. Those guts attacked after a war. Many people were already wounded, sick and malnourished. No vaccines. No antibiotics. No screening. No intensive care. Our ancestors had easy work. But I guarantee you no one will forget this year any time soon.

Lots, including what I just mentioned. Then, you could make a village your own and pack it in. Now, humans travel all over in airborne tubes, which also makes us travelers. More possibilities, but also more hard work. Plus, you become the “enemy” and all sorts of teams are out to block you at the source. Imagine someone trying to vaccinate against humans.

American President Franklin Roosevelt once said, “You have nothing to fear but fear itself…” Thoughts.

More cute human bromides. To all of us folks it’s ironic humans have done more damage to each other than we ever will. As for fear, it’s built into humans. It’s a thrill in reverse. Which is all good, since a worried person is a weaker person.

How easy are you to catch?

Seriously? If I told you I’d have to infect you. LOL. Go ahead, text it. We’re all waiting for the coronaemoji.

Do you have a master plan?

Makes us sound like aliens, odd since we’re an unwanted twist on the inner you. But no, there’s no plan. We do like to be more efficient, incubate faster, wreck more. But even that has its limits. Killing you all wouldn’t do much for our morale, let alone our sense of purpose. Hard to have a “human project” when there aren’t any humans.

So who’s winning this war?

It’s not a war. It’s life. You think you have the “upper hand,” whatever that means. We think we’re better than ever. You say that one day you’ll control us. We say, Good luck. Again, you’ll never contain a virus particle because we’re just a manifestation of the inside of you, and we can adjust. Yin-yang. The Chinese at least get it.

What do you say to those who claim what you do is a crime against humanity?

That humanity commits a crime against itself by creating the “panic-demic,” doing at least as much damage to itself as we or any bacteria might ever do. So please, cut the hyperbole.

I’m a virion, not a teddy bear. Again, you kill more of your own than we do. And you make more people than you can feed. So no more stones in glass houses.

How has life changed in recent years for your kind?

Well, as I mentioned before, tourism has widened the playing field. My ancestors rarely made it out of a village, let alone a country. And if they did it took years, even decades. Also, information moves faster, which means we have a smaller window for maximum effect before a vaccine. In the end, ours is a suicide mission, since at some point you’ll break down our defenses. After which you’ll forget until we come up with another strain. To my mind,

The Achilles heel of “advanced” humans is their belief in repairs or cures for all ills. Shake this and they quickly see all as more precarious, vulnerable, tricked .Go read your Baudelaire.

We’re just a manifestation of the inside of you. Yin-yang. The Chinese at least get it.

What do you mean?

“One of the artifices of Satan is to induce man to believe that he does not exist.” We are not Satan, but tricks we know.

Reside inside humans long enough and you can mimic their concepts and demeanor.

But, as you noted, humans have medical science on their side, which is to say they’re always out to eradicate you.

Yes, it’s an age-old game. You put up walls, we find their cracks. Or change structure. If we’re really good and infect hundreds, then thousands, by infiltrating communities and extending our reach, we get cool names, like Corona or Zika (not like HIV), and getting a name from your adversary is as good as it gets. Hurricane Harry sounds better than Storm 4. Coronavirus sounds better than “very bad flu that might kill you,” which doesn’t mean much since lots of influenza is bad and can kill you. Plus, try saying VBFTCKY fast.

Do I detect humor?

Not a trace. God told humans to be fruitful and multiply and they’re good at it, too good. We got told the same thing, but not by any god. We were built to divide and conquer, and we do. We think we’re beautiful. You find us scary to look at and to have. Both sides are right in the end, since all that lives ends up the same way.

What about old icons, Mick Jagger, say. Could they be targeted?

He’s pretty well protected, but at his age, and given this particular tour we’re on, he’d be smart to watch his back.

I’m not an oracle. Get a blood test or pray, or just get on with life. Writing more about us doesn’t do anyone any good.

Any parting thoughts? Only that humans look absurd in masks. I know we scare you, but there has to be a better way.