How fragile we are 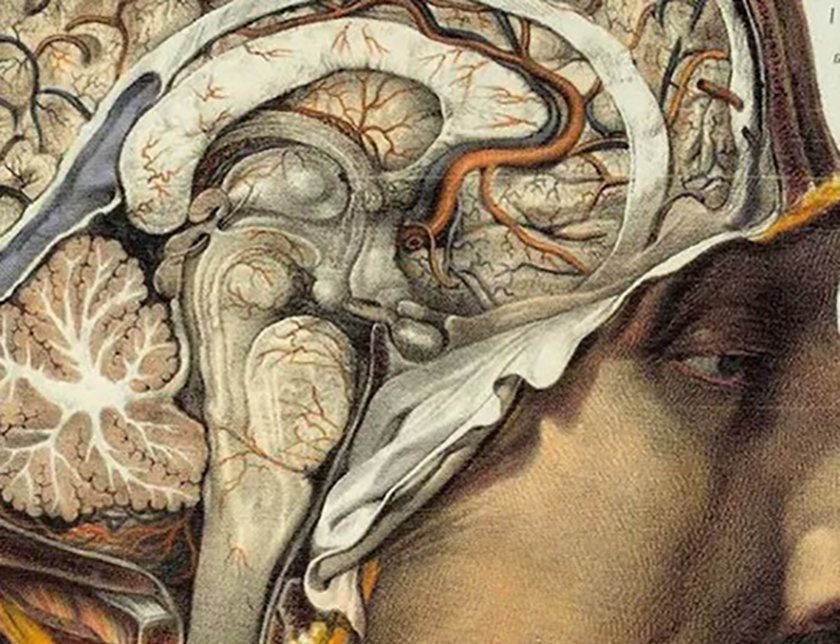 The long-term effects of COVID-19 on on the human brain are not yet fully understood.
F

rom the very start of the COVID-19 pandemic, there were hints in the press and suspicion in the medical community that the virus might find a nest not only in the respiratory system but also in the brain, producing potentially serious damage. It’s probably still too early to support or dismiss this claim. Much about the disease remains unknown.

But the results of a few small American and European studies on the subject are ominous. One study, by researchers at University College in London found that some patients afflicted with the virus develop transient encephalopathy, a temporary brain disorder. Others were stricken with acute demyelinating encephalomyelitis (ADEM), an inflammatory disease that induces a degenerative central nervous system decay, and with it severe spinal cord damage.

Even fully recovered COVID patients have reported experiencing “brain fog,” short-term episodes of memory loss, confusion, the inability to concentrate, or just feeling different than before the disease. Scientists say that this sort of neurological symptoms are caused by the virus triggering a cytokine storm, an excessive immune system response. Such so-called “storms” devastate not only brain cells but also those in other vital organs.

All too often however, COVID-related brain damage is detected late. Worse still, the consequences might not become manifest until months, even years after the original affliction.

Over the last decade or so, medical scientists have been stunned by the steady global rise of Parkinson’s disease or Parkinson’s-like diseases. What they came to learn was that many of these patients had been victimized by viral infections that had slowly triggered viral encephalitis.

Over the last decade or so, medical scientists have been stunned by the steady global rise of Parkinson’s disease.

Something very similar occurred among the survivors of the Spanish flu of 1918-19, a time when antibiotics did not yet exist. Acute episodes of encephalitis caused by the Spanish flu later developed into a disorder that came to be known as viral parkinsonism. Spanish flu-related brain infections were known as encephalitis lethargica or “sleeping sickness.”

There was no treatment and no cure. Some victims ended up in mental hospitals, like Friern Barnet Hospital in north London. Some were still there during my spell as a nursing assistant at that hospital in the early 1970s.

I wouldn’t have paid much attention to these slumberers had a lead nurse not pointed at one of the patients, saying, “He’s one of those who had the Spanish flu. He’s been like that for ages.” I had learned about the Spanish flu in passing, probably skimming some secondary paragraphs in a school history textbook in my teens. But all changed in that dreary London hospital. It was there that I remembered my future wife’s grandmother’s account of the Spagnola outbreak in Salento, in our native southern village.

Several of her family were stricken, including her younger brother. Ha avuto la Spagnola, poverino (“He caught the ‘Spaniard,’ poor  thing”). He luckily survived without cerebral consequences, but had lifelong trouble with digestion. His lifelong post-flu diet was plain fish, plain rice, and a few vegetables; his bowels couldn’t manage anything more.

This might have embittered a lesser man, given the bounty that covers a southern Italian table, but he managed to laugh it away.

“Oh well,” he’d say, “better injured than dead!” And he lived well into his late eighties.

I was reminded of all this a few months ago while reading Will Self’s novel “Umbrella,” graciously loaned to me by my friend Peter Byrne. The book brought back vivid memories, since much of the story is actually set in London’s Friern Barnet Hospital at about the same time I was there. In the novel, the young character Zachary ”Zack” Busner, a maverick psychiatrist who is a recurring Will Self character, tries to revive post-encephalitic patients using a new and powerful drug. The drug turns out to be L-DOPA, used since the 1960s — thanks to the pioneering work of Oliver Sacks — to treat such disorders and later applied successfully, at least initially, to Parkinson’s sufferers.

L-DOPA mimics the neurotransmitter dopamine, and Busner’s patients wake back to life, their memories intact if not vivid. If only the drug had lasting effect, but it doesn’t. Busner’s patients, like those of Sacks, are prone to becoming addicted to the medication. They can also develop manic tendencies and irrational surges in sexual instincts. Busner’s experiment ultimately fails and patients he has painstakingly assembled in a single ward are returned to their for-life nooks in the sprawling hospital.

COVID’s impact on the brain will require further and exhaustive investigation.

Self’s book is a work fiction, but it wouldn’t surprise me if experiments were in fact carried out in the hospital, which was the largest of its kind in England.

But whatever the perils of COVID, it’s worth noting there’s no comparison between the drugs available to treat infection at the time of the Spanish flu and the ones that exist now, many capable of nipping certain pathologies in the bud. New anti-viral drugs have also reduced the COVID mortality rate since its early days last winter. And a full array of vaccines are on the way.

At the same time, COVID’s impact on the brain will require further and exhaustive investigation. Finding ways to stop and even prevent the disease is essential. Yet, the problems that were detected by researchers need to be fully analyzed. What happens in the brain as a result of disease doesn’t always happen immediately, Hollywood ending-style. It creeps up on that most powerful of human organs, suddenly catching the whole of the body (and mind) by surprise.

Yes, it is the 21st century, an era in which a vaccine can be created in six months, something unheard of before. And yet, to borrow the refrain of Sting’s haunting 1987 song, “How fragile we are.”