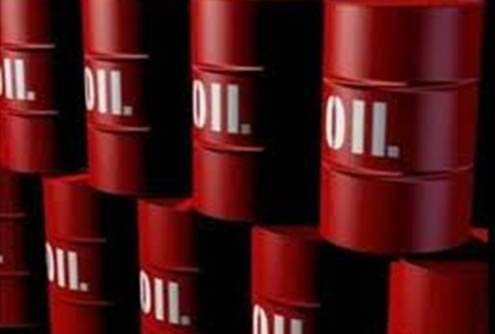 Twelve years ago, 800 barrels of oil roughly balanced off the cost of a medium-sized car; now the car requires about 200 barrels.
S

ome decades back, when I was working in New York for an Italian multinational, we had a visit from our director of finance from Rome. He asked me to accompany him to a luncheon offered by one of the city’s major banks, which sent several senior executives to the meal.

Before the soup course was finished the bank executives had already told us in no uncertain terms that they had reached their credit limits for Italian corporations. They couldn’t loan to us.

Our finance director remained silent for a while, and then he said that there must have been a misunderstanding. We had come, he said, to meet with them to find an American bank where we could place some $300 million that our corporation had at its disposal. At that point we left the meeting. My colleague’s comments had caused shock waves among his interlocutors.

On our way back uptown, I asked him to tell me more.

“Our liquid holdings are substantial,” he explained. “Right now we already own three percent of Italian public debt. We have to diversify. These people have not done their homework if they think we came to borrow from them.”

My company blacklisted the bank for several years.

In hindsight, it’s clear our meeting was an early signal that some important changes were occurring in the relationships between large financial institutions and industrial corporations. During the last 20 years corporations, particularly major producers of raw materials, but certainly not limited to them, have increased their liquid reserves — reserves that today may well exceed $1 trillion — but have also substantially reduced their debt.

Recourse to the banking sector has declined leaving the banks not only with competitors on the money markets but also with diminishing demand for credit. Banks have had to find new ways to use their assets just when demand was stagnating.

To add to the woes of financial institutions, the situation of Third World countries — a traditional, somewhat risky but profitable outlet for major international banks — underwent a rapid and drastic change due to the trebling of raw material prices during the last ten years. Much higher raw material prices, in turn, led caused a sharp fall in purchasing power within the importing countries.

The Terms of Trade — in other words, the cost to Third World countries of their imports in relation to their exports — had changed. These countries are now getting more for what they have to offer. For example, in the year 2000, 800 barrels of oil roughly balanced off the cost of a medium-sized car; now the car requires about 200 barrels. Expressed in gold, the same car that might have fetched 660 ounces in the year 2000 has since fallen in worth to around 215 ounces. Terms of Trade, therefore, have significantly and perhaps permanently improved for the Third World.

The currency reserves of developing countries now amount to several trillion dollars and their indebtedness — just a decade ago considered a major unsolvable problem — has instead morphed into a matter of finding outlets for their growing surpluses.

China is a case in point. Considered a financial basket case less than 20 years ago, it has since become one of the world’s major holders of foreign reserves, one that is assiduously courted by most industrialized countries as a potential and desirable source of investments.

These structural changes led banks to react by aggressively seeking new outlets. In the U.S., Britain and elsewhere, banks tried to expand their merger and acquisition operations both as advisors and financiers especially during the period between 2000 and 2006 and also sharply increased lending to the real estate sector, directing roughly $35 trillion to the U.S. housing market alone. The same happened in Spain, Belgium, Portugal and Ireland.

The unraveling of British bank Northern Rock in 2006 was the first clear indication that something was seriously wrong with the financial sector. Here was a major bank suddenly overexposed and low on liquidity. The ensuing 2008-2009 nosedive, directly linked to the financial overexposure in the real estate sector, caught both banks and governments by surprise, generating a real fear of a possible systemic financial sector collapse. Large financial corporations such as Citicorp and the Royal Bank of Scotland had to be rescued or nationalized. Despite massive injections of fresh money supplied by the European Central Bank and the U.S. and British governments, to recapitalize and prevent their collapse, the international banking sector remains fragile. The banks’ capital base, slight compared to the past, is still insufficient to allow them to lend freely.

Meanwhile the European Union, far from taking measures that would ignite a multiplier effect — allowing banks’ resources to grow by widening their lending (as Keynes advocated in the 1930s) — is instead pushing for restrictive policies.

The EU’s conservative monetarism functions as a highly effective de-multiplier on the European economies, with reduced income opening the door to a downward spiral whose most troubling outcome could be the creation of conditions hospitable to a permanent recession.