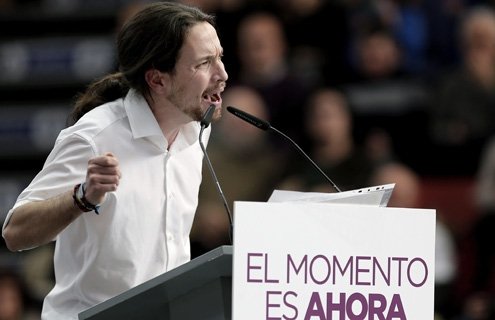 conomic recession, poverty and immigration have a way of generating rage, fear and resentment. And it is because of these feelings that traditional European parties of all stripes losing their legitimacy and traction in the face of new and intense populist groups from all sides of the political spectrum. The centrist and conservative policies followed by most European governments in recent decades now feel increasingly outdated, their shortcomings accentuated by the failure of austerity measures.

• The Scottish National Party, which shares many of the policies of radical continental groups, stunned Labor and upstaged a Conservative victory in Britain.

• A referendum on gay union won handily in Ireland, where the Catholic Church had long held sway.

The list goes on. In Denmark, for example, conservative parties united in their opposition to immigration just won a wafer thin majority over the Social Democrats. In France, the Front National seems stronger than ever, putting former President Nicholas Sarkozy’s electoral chances at risk. Even stable Germany is not immune. Angela Merkel’s coalition government looks increasingly indecisive and unable to provide European leadership.

The waning of traditional political legitimacy increases domestic tensions, allowing splinter groups to emerge and weaken national governments. The trend is painfully apparent in Europe’s shambolic efforts to collaborate on the immigration crisis.

Indecision has also spilled over into the government of the European Union, where the European Commission (EC), led by a coalition of Christian Democrats and Social Democrats, dominated by technocrats with limited practical political experience, appears weaker and more fragile than ever. One significant exception has been European Central Bank, which has successfully applied quantitative easing measures notwithstanding opposition from various member governments, Germany in particular.

The new political forces can be divided into progressives and populists. The first group seeks to defend and expand existing welfare systems while opposing traditional parties and seeking a more equitable way of distributing income. But it also opposes open-door immigration policies, generally dislikes the EC’s heavy-handed and bureaucratic methods, and perceives Brussels as distant and somewhat hostile.

The populists, in turn, oppose immigration, portraying it as an invasion (ignoring the real numbers) and protesting each time new waves of migrants appear on the EU’s southern borders and beaches. They also lament high taxes, seek more expansive national economic policies, and oppose what they see as the Brussels “super government.”

This is a brief and oversimplified summary, but the basic points hold. And they feed into the complex negotiations regarding Greek debt.

If only one could be a fly on the wall at the meetings between Greek officials and the European Commission. Most likely the two sides aren’t speaking anything like the same language. The Greeks refuse to cut pensions or increase VAT, standing by equity and fair distribution. They demand measures to reduce Greek poverty after years of stagnation (over the last seven years Greek GNP has fallen by more than 20 percent). On the other side, Brussels’ technocrats are focused only on getting their investment money back and are pressing for further austerity measures to save the shattered Greek banking system.

Athens negotiators group see Brussels’ numbers crunching as babble. EU technocrats struggle to fathom what they perceive as Greek stubbornness. It’s all Greek to them.

There’s actually a number that defines the gap between the two sides. Greece needs €7.5 to €9 billion to overcome its next payment-due hurdle. A EU cash injection would be short-term solution, but no more. Only by concentrating national debts into the ECB pool can the EU hope to solve the Greek debt problem (and those of other countries). That is political and not a technical problem, one that political parties as they exist today are incapable of solving. And there’s still no telling if the new political forces can do better.

Should compromise fails, pushing Greece out of the euro, the EU would likely be hit with speculative upheaval, though probably not catastrophic. But the Greek landscape would be forever changed, something that may well end up damaging Merkel. The responsibility for Greece’s woes would rest on her shoulders, and given Europe’s shifting political tides, that could prove costly.