Give the girl a deer 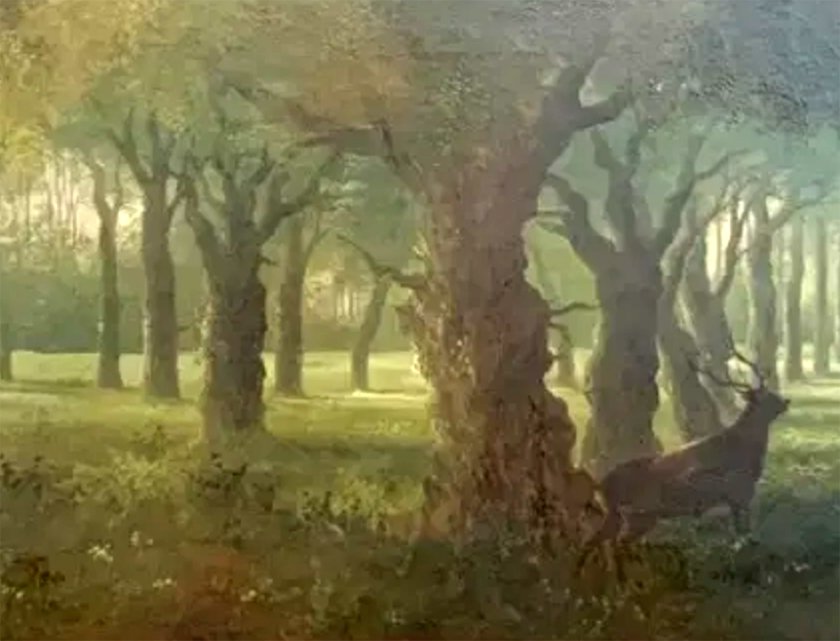 Recreate means recreate: you just have to listen closely.
M

y daughter Rebecca, who turned 10 on New Year’s Eve, has become my guide to the new world of verbs. I grew up in the old world (1980s), when some people in my situation actually dared to say being a father was a challenge specifically called fatherhood and not going sloughing everything off on parenting, which for whatever reason sounded to me like something you do to a hinge when it creaked to much: you’d get to parenting with some oil and a wrench.

Anyway, Rebecca came to me the other day and said she wanted to recreate more. Except her re sounded just like she.

Thinking along transitive lines, I asked what she wanted to recreate.

Any plan I came up with she’d listen to, she replied, so long as it included nature. As in recreating where deer and other such amiable creatures abound.

I realized immediately I was facing a parenting crisis in that I didn’t really understand what she meant.

“You want to recreate animals, as in paint them?”

She looked at me dumbfounded. Why would she paint an animal? She just wanted to recreate, even at the shore, and she’d even wear a mask.

Had Rebecca entered her tenth year having acquired a God complex, or a virus mutation that allowed for growing paws and hoofs or making the world’s beaches her own?

Okay, I said. I’m glad if you recreate anything so long as it’s not dangerous. I mean, I don’t want you to recreate a bear, or be like one, or even a deer. If I were you I’d recreate something simpler, like an old dress, or you could try to bring your mom’s old radio back to life (Rebecca is great with wires; she’d probably be great at old school parenting, the kind with hinges).

She looked at me dumbfounded. Why would she paint an animal? She just wanted to recreate.

Rebecca now looked at me as if I’d lost my mind. “Dad, are you okay, I mean you’re acting weird.”

But I just made it worse by telling her that as a kid I had recreated a whole Civil War battle in my basement, including making little generals with cotton beards.

Rebecca said she had no interest in little generals with cotton beards and looked like she was about to start crying.

Okay, okay, just saying, I said. But look, you have to tell me what it is you want to do over or make over your way.

Make over? No, recreate, together, as father and daughter.

She came back with her tablet that showed a log cabin for rent in some far-off state under which was the line, “many people rent our cabins just to recreate.”

And no, I wouldn’t meet Abe Lincoln. I would need to get a new age intransitive verb manual: to recreate (obvious to all but me) is what I learned as recreation, as in recreational activities, which was to do something fun with your family and kids, while parenting, of course.

It’s just that those verbs once came with “ion” or “ing” to help you with meaning. Recess may have been recreational but teachers didn’t tell you to go out and recreate.

I get it, I said with glee, relieved, you want us to go on recreational trips.

She pondered this for a moment.

No, not recreational trips. That sounded more like something out of a boring textbook. Could we just… well, you get it by now.

Absolutely yes, we could and would recreate, with no more mention of the Civil War or cotton-bearded generals (or mention of the intransitive), and she could tell me where she might want to go.

In fact, I continued, I was bullish on recreation, um, recreating. Ready, willing and able, that’s me.

No… no bulls, just deer and maybe frogs.

So I’ll be keeping bullishness to myself.

Who knows, maybe before she’s 18 I’ll actually learn the art of parenting, prioritizing the best ways to recreate with a fawn in tow.