From sobbing to self-made 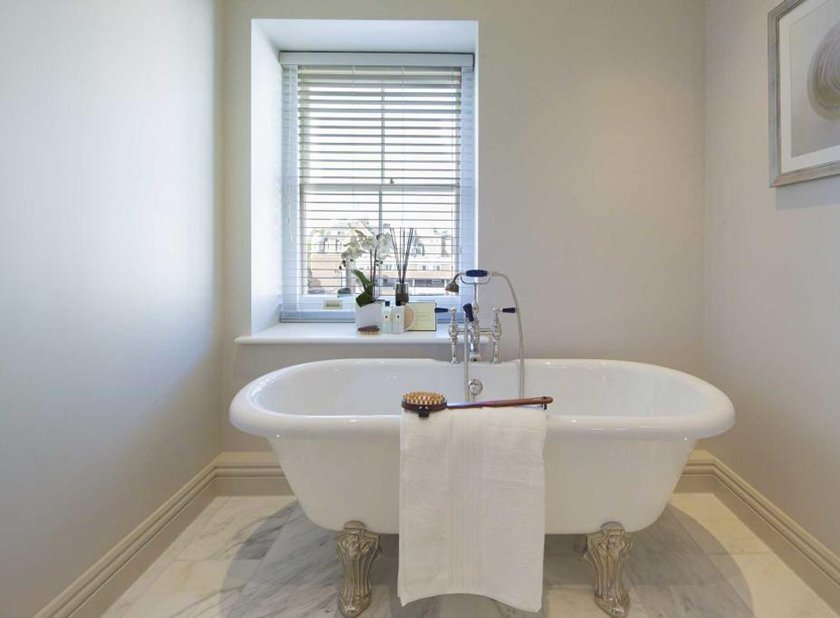 A year ago, such furnishings, overlooking London's Hyde Park no less, would have been a daydream.
I

just moved into a gorgeous apartment overlooking London’s Hyde Park. I am flooded with light, when London allows that, and the bathroom is walled with discreet marble tiles. To get this, I paid 10K up front for a year’s rent. My parents are overjoyed and want to visit. My acquaintances ask me how on earth I can afford such a place.

I reply with one word: “Marketing.”

Somehow this appears to take care of everything, as if the schooled but rural world I come from puts marketing on par with opening a diamond mine. No one asks me what it is I market or what firm I work for or even if I work alone. They simply want pictures of the apartment. That’s enough to establish my sudden elevated station in big city life. You are the success that your rent seems to suggest. No surprises there, not in a world in which money defines everything from social status to staving off hunger.

You are the success that your rent seems to suggest.

I cannot and will not tell my parents, friends, and acquaintances I’m in this luxurious place as a reward to myself after building a sexting business that’s now bringing more cash monthly than I’d make in a year teaching toddlers a decade ago. That would pop their balloon and expose me to those eager to say money’s divided between the well-earned and the dubious.

That I won’t stand for, not any more. A year ago I was broke and desperate for financial independence. By pure luck, the sex business migrated from in-the-flesh to the virtual almost overnight, leaving many escorts in dire need of cash to support kids and simply get by without a cent. The masked world took over.

When that happened I was in Barcelona and spent most of my time wallowing in depression and weeping at will. Until a friend told me to stop. To shut up. To be cheerful. I was after all alive and well.

Something hit me, and I stopped the sobbing long enough to check out how others were handling lockdowns and isolation and what amounted to a dead-stop in the sex trade.

The only bit of light I could see at the end of the tunnel was in the articles by advocates of sexting. These gurus said a well-managed sexting operation with a strong “lead” character and a wide client base could produce truly profitable results.

This made for more eight day weeks. I transformed my escort site into something more along virtual and sexting lines. I ramped up my presence on Twitter and Instagram. I shamelessly recruited followers with short teasing videos I made with my photographer friend Oscar, who did his own eight-day shifts taking photos of me (and others) as princesses and businesswomen, and hot dates ripe for the asking out.

At first nothing happened. I went through a new winter round of sobbing, but then, suddenly, the numbers began to add up. The paid followers grew. Sensing something was changing and that my online footprint was suddenly making mainstream rounds, I upped my game. I paid for consultants (whatever I could afford), and they piled on more social media tips. They recommended a few hardcore videos to go with my “English Rose” image. Shy at first, an escort friend introduced me to a wonderful and sweet English porn actor in his 30s (married with kids) and together we made a scene he helped me through. I paid him, hugged him for his kindness, and got more recommendations, ending up with three longer videos I could post. But for these, your membership dues to my inner clubs jumped, and many gladly took the jump. When they discovered they could get regular sexts from the woman in the video, the needle jumped off the charts.

The reason I can now light candles around a marble bathtub is because of months of absolutely unsexy nonstop work.

A year into my sobbing project I had a London-based business with more than 10 employees and consultants who, to me, represent my new family. They do most of the sexting, I do most of the advising and handle high-profile clients.

Romantic dinners? Nonsense. Vacations and hedonism? Forget it. Virus aside, everything I’ve achieved, the reason I can now light candles around a marble bathtub, is due to weeks and months of absolutely unsexy nonstop work. That work hasn’t been about sex but branding. The escort service may resume after COVID but many women the world over have found a way to make their pennies without sleeping around for cash. I just happened to “luck” onto a few more pennies than most.

I’m reminded of that old PR line tossed around at the height of the supermodel age: “Don’t hate me because I’m beautiful.” In my case, don’t hate me because I saw an opportunity, accepted the learning curve, worked my way through the tears and discouragement, and only now, after 15 months, am seeing the tangible and profitable results of what I thought at first was ludicrous.

I’m no star. I’m mostly alone in my flat. I’d still like a “normal” life, as well as a life companion and kids. But if that doesn’t happen I’ll always be proud of having made something from nothing. It may not last. I could be yesterday’s news in six months, and if so, I’ll take my Cayman Islands cash and see where I might invest it.

Mine isn’t a story about sex but about one woman’s ambition, with sex a lever climb the ladder. Cleopatra had her ways, the social media age provides others.

Don’t judge me before looking into a mirror and asking yourself if you’ve worked hard enough to get what you want, instead of just daydreaming about it.

Every week I share pizza with my staff, and now they get to share my Hyde Park views. I wouldn’t want it any other way.