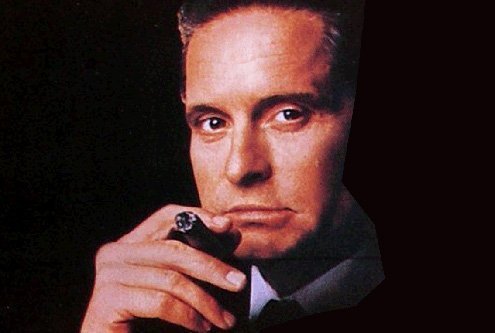 Gordon Gekko's "greed is good" remark in the 1987 film "Wall Street" proved all too prescient.
T

he pond was smallish, surrounded by sandbanks. On a stone in the middle sat the Queen Frog, the largest of the pond’s inhabitants. She considered herself the biggest creature in a universe that reached to the banks of the pond. When an ox appeared at the water’s edge and began to sip, she was stunned. Seeing this huge, strange animal as a threat to her status, she began huffing and puffing in order to grow in size. And grow she did, until she exploded and was no more.

Aesop’s “The Frog and the Ox” fable, written more than 2,500 years ago, reveals the Greek writer as an astute economist whose work should be on the curriculum of business schools the world over. His parable is an apt caution regarding the dangers of megalomania as well as the immense risk of confusing one’s immediate reality with the rest of the world. Things are usually more complex than they appear at first sight, and the reality of any situation is immensely larger than what we perceive. Failing to take that into account can, and generally will, produce dangerous consequences.

At the root of the financial and economic crisis of the last decade lie misperceptions and arrogance. Along with them are megalomaniacal egos, unlimited ambition and immense greed, all displayed with regularity by the managers of the world’s financial sector — from CEOs to board members and leading executives.

That sector’s failure, of unprecedented dimensions and still ongoing, is evident in the recent collapse of four Italian regional banks, Banca Marche, Banca Etruria, CariChieti and CariFe. Their fate follows similar debacles in other Western countries, with personal and institutional aftermaths that are still far from being absorbed.

In this regard there’s a lesson to be learned from 18th-century English thinker Adam Smith. Smith’s influential 1759 tract on ethics, “The Theory of Moral Sentiments,” preceded an interest in economics that was also grounded in ethics. His 1776 masterpiece “The Wealth of Nations” not only advocated free markets, as conservatives would have us believe, but also stressed the need for strong state regulatory powers to rein in the “animal spirits” of capitalism, which Smith insisted risked self-destruction if left unregulated.

In a nutshell, this explosion of animal spirits is just what happened. Beginning under the conservative governments of Margaret Thatcher in Britain and Ronald Reagan in the United States, rules and limitations governing the operation of financial institutions were gradually amended or abolished. Throughout the 1980s and into 1990s rules and regulatory laws were demolished one by one, leaving the financial sector free to expand and operate however it wanted. Eventually the frog exploded, abruptly and often disastrously ending what had been an irresponsible financial sector expansion.

Though the golden years of finance have been over for some time now, the sector still remains in dire need of rules and controls that so far have so far been difficult to come by and harder still to systematically impose and implement.

The financial landscape has changed considerably since 1980. Compare Fortune‘s leading commercial and investment banks to those of today and you’ll find very few familiar names. An unprecedented wave of mergers and acquisitions changed the face and structure of the sector. Prominent household names linked for decades to notions of social and fiscal responsibility have vanished. This shakeup has also helped fuel the creation of a different kind of banking executive. Gone are worldly wise and somewhat risk-adverse bankers attuned to prudence and conventions. Their breed has been erased.

The economic, cultural and legal environment in which the financial sector works has been so radically transformed it would be unrecognizable to the cautious, staid bankers of a previous generation. The line between commercial and investment banks went blurry and later ceased to exist. The structure of industrial economies changed.

Five key factors played a role: the precipitous decline of industrial investments; the boom in mergers and acquisitions; the rise in real estate prices; the creation of semi-phony mortgages; and the growth in speculative lending.

Soon, diminished industrial sector investments and a drop in middle class purchasing power became the central dilemma facing all Western economies. A new breed of banker has emerged as a result, ambitious, with a strong sense of entitlement, harsh, aggressively arrogant, with an exalted ego. Not particularly reflective and perhaps personally insecure, these are the kinds of banking figures that rule today’s roost. Though the sector is technically adroit it lacks an overall vision of the societies in which it operates.

Too many of today’s bankers seem in real need of psychological if not religious, counseling. They increasingly resemble Aesop’s Queen Frog, entirely unaware of their limits. Their world vision is largely confined to their immediate environment with scant awareness of historical and social trends.

The problem is that the times require a different class of managers, one that is more and not less aware of what’s happening in society, as well as the meaning of ethics. It would not go amiss if business schools reduced their emphasis on “business plans” and mathematics and focused instead on teaching economic history and standards that helped create it. The goal should be the creation of a less self-absorbed and egotistical managerial class, one that’s less prone to frog-like explosions.

For the present set of frogs, however predominant, seem destined for extinction very soon.