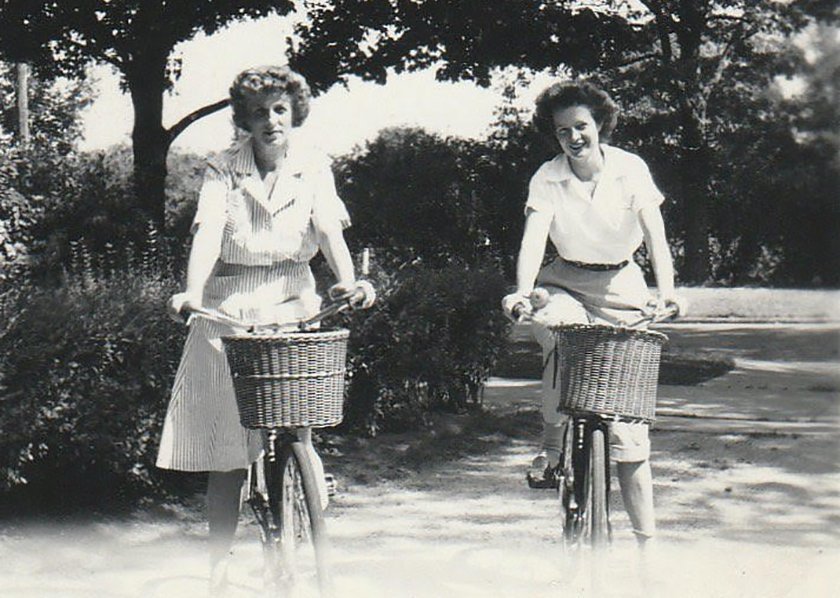 The author's mother and grandmother on bicycles, 1940s.
L

ast tine around I wrote about the pain of performing triage on a lifetime of possessions and my fear that discarding things would erase the people they belonged to.

Since that piece, I realized that there might be an effective — and maybe better — way to remember these objects and the people associated with them. It’s too late for photos, but not for writing. So here’s a selected record of motley objects I no longer own:

My parents had a self-imposed mission to provide a home for the possessions of people who “fell on evil days.”

I will never know if the feelings of my departed relatives or long-lost friends have been hurt by my choices. I do know that although the process may have been sad, the end was not. All these things went to new lives and probably better ones.

People who are not writers think we possess magical powers. They think writing is a magically liberating process or that having words in print confers some sort of immortality. This is an illusion.

However, writing about these things has kept them and the memory of their owners alive. And that is magic indeed.