The name of the past 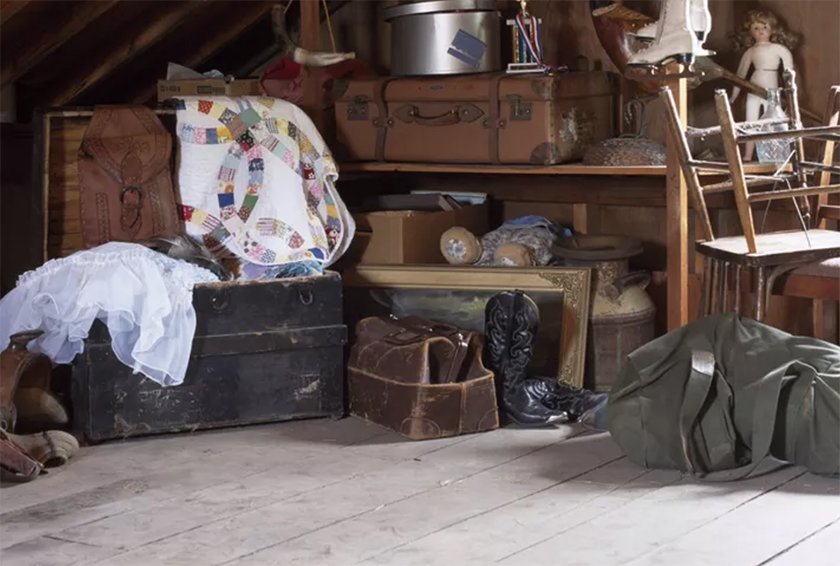 The past, when it arrives in heaps, can give you pause…
T

hree years ago I packed up the contents of my Milan home and moved back to the United States. For various reasons, the contents of my apartment remained in storage. The 2018 Genoa bridge collapse blocked access to that city’s port. Then came the coronavirus. These events, along with typical Italian delays, kept me separated from my belongings until three weeks ago, when they finally made it back to my New Hampshire house.

For five hours, with a short break for lunch, a huge truck disgorged boxes containing three decades of my life.

Three years is a long time and I’d completely forgotten about much of what was in those boxes. If it had it not been for the storage costs I might have let most of them go.

In fact, I’d been dreading the van’s arrival.

“Don’t worry, it will be just like Christmas,” friends told me. I wasn’t so sure.

After opening a few of the boxes, I was cursing Christmas, birthdays, weddings, graduations, and the hundreds of other events that had left me with these stockpiled cartons. The boxes would have heralded a kind of Christmas, had opening them not come with guilt.

Guilt that I had come to possess so much.

Guilt for the resources consumed to accumulate all this stuff.

Guilt for piling what I can’t give away or recycle, to save it from going into the local landfill.

Guilt for once-upon-a-time having wanted things that were foolish and vain.

Guilt for the projects I never finished.

Guilt for the books I haven’t read yet.

Guilt because I want to get rid of things that were given to me by people I care about.

I cursed Christmas, birthdays, and all the events that had left me with these stockpiled cartons.

If this was Christmas it was both bittersweet and much more complicated. The boxes left me with old wedding gifts, casseroles, candelabra, and china. I found a box of hand-smocked dresses and hand-knit baby sweaters, the making of which once helped elderly aunts endure the indignity of age.

Some of these bits and pieces of my old life were bridges to a past wider and deeper than my own. Some of my baggage seems as though it came from another century. Italy can do that.

Full sets of china and silver for twelve spoke to full-course, sit-down family meals and to dinner parties, both of which have disappeared from American life.

I found linen sheets the size of a clipper-ship’s sail with lace borders and embroidered monograms the size of my hand. They were wedding gifts from an Italian aunt and must be ironed. Another box contains the uniforms for the women who ironed the sheets; pink for daily use and gray for formal occasions. Here in New Hampshire I wonder what to do with them. Donating them to a thrift shop seems inappropriate. Maybe I could give them to a theater company.

And what about the clothes and shoes? A friend who came to help me untangle the maze was amazed by my many coats. Outerwear here is dictated by season. Fleece and Goretex handle it all. My Italian coats and shoes seem like an Edith Wharton or Jane Austen character’s morning dress or riding habit. I told my friend that one coat was appropriate for dog walking, another for pizza on Sunday with friends, and another for the opera. Ditto for the shoes.

Out of the boxes, depending on the contents, came mixed emotions. It was freeing to toss reminders of bad times. It was disorienting when objects revealed previous versions of myself. I searched them for clues to these versions of me, different “real mes” at different times.

I felt suddenly mortal and frail. Those versions of me are gone. It’s too late for a re-do.

The “thingness of things” — that articulates the mute self-sufficiency of these belongings.

At times I stumbled on items depressingly full of meaning. In fact the objects seemed to represent meaning itself. They are all I have to show for my physical existence on the earth. Without them, there would be no record of me. At other times, what I found made me feel elated. And all this provoked by silent material objects.

Sifting through it all I was reminded of Walter Benjamin, who once spoke of the “thingness of things.” I can’t say I remember just what Walter Benjamin had in mind, but the comment articulates the mute self-sufficiency of these belongings.

The paradox that my worldly goods can be simultaneously meaningful and meaningless is exhausting, so much so that I have to stop. I put down my box-cutting knife and have tea.

This paradox weighed heavily on the things I inherited. Most have no intrinsic or broader historical value. Yet they were all valuable to someone, now long gone. That is all that remains of them, I think to myself.

Many of these items had already been shipped to Italy, only to bring them back again. This makes no sense, at many levels, and a modern de-cluttering theorist would certainly tell me it’s time to get rid of them. But getting rid of things that were once entrusted to me feels like I’m cancelling my mother, my grandparents, or great-grandparents.

Once the tangible witnesses to our lives are gone, what is left of us? I have no answer. So I pull out my knife and open another box.