Enough with the corpses! 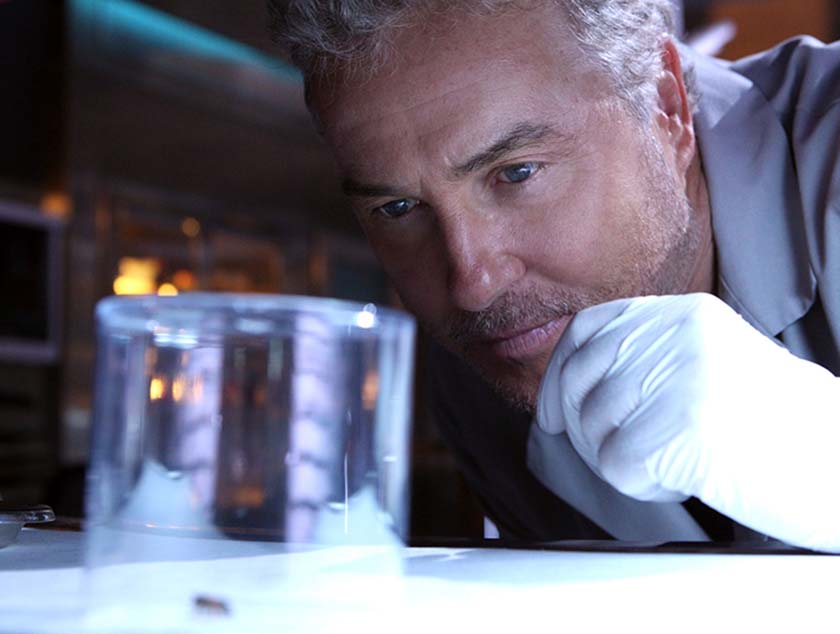 sometimes take a break to watch old episodes of the crime show “CSI”, which started out focusing on a team of forensic criminology sleuths in Las Vegas and later made its way to Miami and New York, something that always seems to happen when a mainstream show is popular. I was out of the country for most of the original Las Vegas show so I take time out to hide in my study and decompress. It’s pretty mindless stuff but I like the actor William Peterson, always have. He dropped out years ago and the show and all its franchises vanished some five years ago. That’s one of the reason I like ratings; they open the door to repeats, and repeats are nostalgia’s favorite snack food.

But watching tv in peace can be difficult when you have a ten-year-old dervish flashing in and out, apparently paying no attention to you or what you’re doing. Believe me folks, that’s just an act.

The act hit me like a ton of bricks when one night over takeout she asked me if the pizza was decomposed.

I was stumped, because I really, really did not want to walk down that street.

Well, I said, maybe throwing in a second well and a mini-cough, pizza is organic and everything organic decomposes, but the pizza is alive and well and pass me some more.

“Will we decompose? Will you? Will I have to watch you on the lawn?”

No, it’s… alive… but not the way we are. It doesn’t have a brain. It has cheese and dough and salt and pepperoni and all of it is baked in an oven.

“Duh,” says your daughter. This she knows.

Where’s CSI Grissom when I need him?

Well, the branches are attached to the tree while they are they’re alive, so when they break they’re no longer alive… it’s like their heart has stopped beating.

Well, eventually they just fall apart and wither like old flowers when you pull them from the ground. There’s no more blood flow.

“So flowers have blood.”

This worked for a little while, allowing me to quickly finish another slice of pizza and sip some cola, which I also explained did not contain blood.

But a 10-year-old vampire will not cease and desist on command.

“Will we decompose? Will you? Will I have to watch you on the lawn?”

Rebecca, I replied, now putting on my serious voice, we all get old and die — we’ve talked about this before. Happens to everyone. Part of life. But when pizza comes, that’s off limits.

“What will I look like when I decompose? Will I still be able to talk? Are there meds to slow it down?”

Rebecca, we come to an end, like your friend Ashley (who died in a car accident three years ago). I’m not religious so I left heaven and the like out of the equation.

She was buried. End of story. End of discussion. Eat your ice cream. I’m going to eat mine.

And I did, smiling and talking about the hot weather.

I made two decisions at that moment. No more CSI and a trip, as soon as possible, to the cemetery where my mother is buried.

The gravestones are large and elegant. The place has something I’d like to call nobility. It feels anything but dead, more like a true resting place.

That’s the road I’d take Rebecca on, down the resting path road, decomp stuck deep into the video hole from which it emerged, apologies to William Petersen and his team.

Sometimes being alive means making an effort to err on the side of good news, and that’s my side of choice.