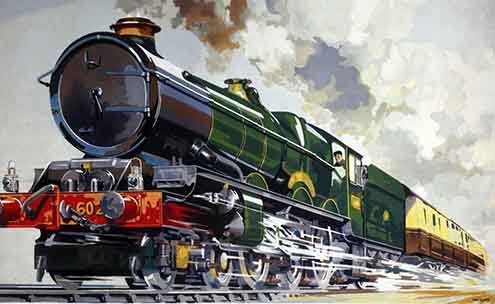 In the 19th-century, railway projects were pure progress personified.
T

he early 21st-century economic downturn that has burdened global nations for more than a decade has less in common with America’s Great Depression than the so-called Long Depression, which ran through the last quarter of the 19th-century and undercut both Europe and the United States.

As a student of economic history at the London School of Economics in the early 1960s, I was asked to focus on an economic event that — while it interested LSE founders Sidney and Beatrice Webb and British liberals and socialists — seemed alien to the concerns of my time. Only after years of study did I grasp the Long Depression’s fundamental connection to the revival of colonialism and imperialism as well as to social reform. The industrial-age poverty that characterized the period not only created the conditions for the birth of the Welfare State but also helped set off the arms race-oriented nationalism that led to World War I and its even bloodier 1939 successor.

Between 1875 and 1900, industrialized and industrializing countries (Italy, Japan and Russia among the latter) scrambled to acquire empire status through colonies. This scramble for Africa and Asia holdings, all but forgotten today, loomed large into the mindset of the period’s ruling elite.

Neo-colonialism, with its emphasis on heavy industry, weapons production, and public investment, eventually slowed the Long Recession. But the imperialist and militaristic thinking it trumped up would produce disastrous wars in Asia and Europe and trigger revolutionary movements that overhauled Western society.

Historically speaking, neo-imperialist was short-lived. Less than half-a-century later, by 1970, most empires and colonies had been dismantled. A handful of colonial states yielded a plethora of newly sovereign nations, some of great size and relevance. In Asia alone, China, India, Pakistan, Indonesia and South Korea finally rid themselves of foreign interference and came into their own.

These and other countries are the new actors on a global stage that with each passing decade further alters the international balance of power. Numbers provide context. China’s GDP is almost identical to that of the United States and the European Union. Though still much poorer in per capita income, China is now a very real giant capable of grand ideas. India’s GDP is roughly a third of America’s and growing six percent a year. Both countries are learning to think on a global scale, evident in the futuristic projects they’re planning.

Consider China’s so-called Silk Road Project, a colossal plan intended to link China, Eastern Siberia, Central Asia and Europe using high-speed trains, highways, oil and natural gas pipelines, integrated power grids, and harbors. Stalled in the aftermath of the 2008 recession, the project has since been revived and officially presented to the governments of Russia, France, Italy and others. China says it’s prepared to directly invest some $600 billion, which Beijing’s calculations say could have a multiplier effect of around $5 trillion. At times, the Chinese seem like the last Keynesians on the planet.

But they’re not. Their plan has less to do with national economics than geopolitics. If completed, the Silk Road Project could mark an epochal change in East-West trade.

European railway companies have already shown considerable interest, seeing the project as the missing link between Europe’s still-unfinished high-speed rail system and possible expansion into Asia. Trains have already run experimental routes between London and Beijing. If Central Asia and China are more accessible to Europe, the linkage process will only grow. Italian rail officials say some 20 million tons of industrial and agricultural goods and other raw materials could move between Italy and China yearly if the project works. Other European rail companies are also paying attention.

The incentives are two-fold: an increase in potential volume and faster delivery times. Chinese projections suggest high-speed rail links from Beijing to Europe would reduce transit times from two weeks to five days, perhaps even less. Direct and speedy trains would also boost Asian and European economies by fostering trade and productivity along the transport corridors themselves.

So, will it happen?

China’s ample currency reserves and increasing know-how make the project financially and technically feasible.But history suggests caution. The Long Depression generated spectacular, large-scale projects intended to link the African interior with the rest of the world. In England, proto-imperialist entrepreneur Cecil Rhodes pushed for a rail line from Cairo to Cape Town to become a centerpiece of his British South Africa Company. It would, he said, “unify the possessions, facilitate governance, enable the military to move quickly to hot spots or conduct war, help settlement, and foster trade.” But the 4,600-mile railroad line to England’s southernmost African colony was never built, blocked in part by colonial nations not under British control. The bits and pieces that materialized over the decades fell far short of an integrated rail system.

In France, Charles de Freycinet, a 19th-century prime minister and public works minister, was an apostle of grand railroad projects. He dreamed of a Trans-Saharan Railroad that would connect North Africa to France’s West African Empire, including Niger, Senegal and the Ivory Coast. Studies were developed and the actual route drawn up, but nothing came of it. Fund earmarked for the project were diverted to weapons spending. There was also talk of a rail connection between French Somaliland on the Red Sea and West Africa. In the end, only a minor line between Djibouti and Addis Ababa in Ethiopia was ever completed.

Though Europe spent considerable resources on creating rail links in India, Argentina and Russia, colonial leadership was ultimately inefficient. Little or nothing was accomplished. This time around, with different actors and strong political will, things may yet turn out differently.