Not so bad? Think again 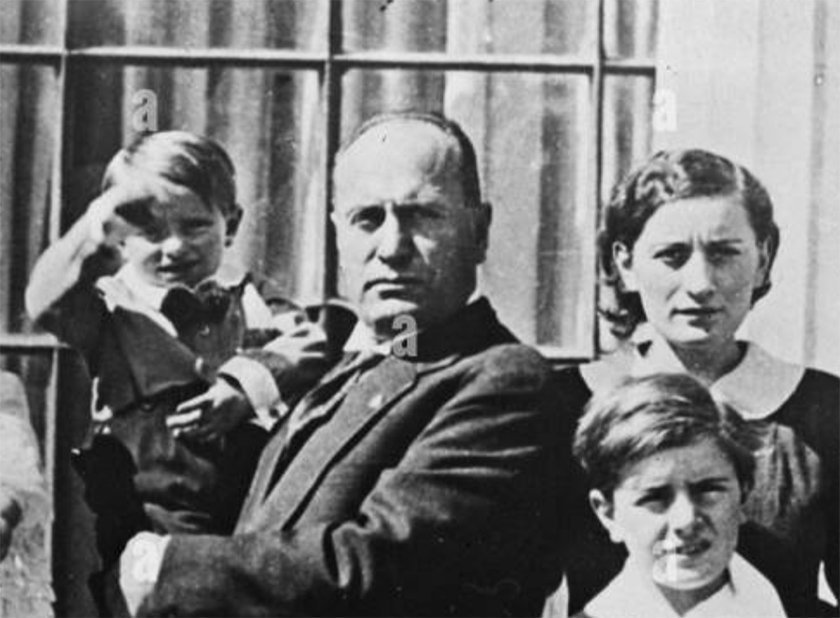 Mussolini portrayed as a family man.
B

ack in October, I had the good luck to travel to Italy. COVID cases had dropped off and the Omicron variant had yet to hit.

While there, I ate nice meals, bought Perugina fruit candy, and caught up on clothes shopping from my favorite stores, where I found a dress for my son’s wedding.

I also hunted for books I can’t find in the United States.

If the web has Godwin’s law, which suggest all cyber-arguments will eventually fall back on Nazism, Italy has its corollary: all heated debate will end with someone saying that “all things considered” Mussolini wasn’t so bad.

The generalization is presented as self-evident — if only we’d ditch the pretense of political correctness.

All heated debate will end with someone saying that “all things considered” Mussolini wasn’t so bad.

Frustratingly, I heard the “not so bad” claim all too many times during the decades I lived in Italy. I was intuitively sure that no rationalization regarding either Mussolini or Fascism could possibly compensate for or justify the inherent violence and repression perpetrated by the man or by his ideologues. Yet I hadn’t mastered the factual and historic background behind my gut level feelings to argue about it. Nor did I have the necessary authority — not that Mussolini apologists would have listened to a foreign — or a woman — anyway).

Filippi’s book takes care of this.

Filippi is one among several young (post 1980) Italian historians working to undertake a clear-eyed and long-overdue reckoning with Italy’s 20th century legacy. In an earlier book, Filippi examined another Italian myth, the belief that Italians were good colonists “because they built roads” in the countries they colonized, Libya and Ethiopia. In addition to his writing, Filippi works with Associazione Deina, which creates school programs for civic education and organizes trips to Auschwitz and Italian war sites.

His Mussolini book grew from a student handout.

Citing both Italian legislative history and archival sources, Filippi thoroughly debunks portrayals of Mussolini as essentially a good man and the myth of Fascism’s respectable side. Mussolini supporters  say Mussolini was a key figure in introducing the pension system. They insist he brought the country international respect, and boosted the economy. He is said to have solved the problem of the malaria that was endemic near Rome’s Tiber River. They say Mussolini protected Jews from Nazi Germany’s far more sinister intentions.

Filippi astutely points out that many of the reforms trumpeted by the Fascist regime were in fact stolen from legislative proposals already enacted by Italy’s pre Mussolini democratic lawmakers. Mussolini just took credit for ideas and projects that were never his to start with.

Italy’s current pension system, for example, is known as INPS (the National Pensions Institute), which is the post-World War II name for the INFPS, or National Fascist Pensions Institute. The INFPS was what the Fascists re-named the preexisting pensions agency.

Likewise, the malarial swamp reclamation was underway before Mussolini came to power. He merely transformed the malaria fight into a propaganda campaign, setting up new and ambitious targets to contain the disease. These targets were never reached. The real success story of Fascism was the propaganda campaign itself, which some still take as fact.

Filippi’s book repeatedly demonstrates that Mussolini’s motives were principally selfish. He was a self-promoting opportunist who centralized power and patronage to suit his own ends and those of his cronies. He co-opted local public housing projects to suit Fascist needs. Instead of building homes or infrastructure, Mussolini’s vaunted building campaign focused on creating bombastic ceremonial spaces intended to celebrate either himself or Fascist rule.

Mussolini is also credited with making Italy a law-abiding country and taming the Mafia. Like the Nazis, Italy’s Fascists emerged in the 1920s, during brutal post World War I unrest. As was the case in Germany, violence in Italy diminished when — and because — the Fascists took over. Once the Fascists came to power, Mussolini encouraged his Black-Shirts (thugs masquerading as a militia force) to quell labor union protests, which they did mercilessly. As a result, Mussolini earned the support of Italian business. Mussolini, Filippi says, used “illegal means to create an aura of legality.”

In 1931, a Fascist law on “public safety” codified “offenses against the prestige of the state or its authorities” and “against nationalist sentiment.” These punishable offenses were broadly defined and included negative news coverage, reporting on government misdeeds or complaints about public services, such as late trains.

In recent years, interest in authoritarian governments and their leaders has grown, both in the U.S. and globally.

As people look to history for models, the well-known crimes of Hitler’s Germany and Stalin’s Soviet Union well outweigh anything positive they might have accomplished. As for Italy’s less well-known Fascist period as a model, Mussolini looks relatively harmless.

It is hard for many to imagine the lighthearted and disorganized Italians doing anything awful. Besides, we all know Mussolini did some good things, right?

Filippi’s book probably won’t even make it into the English-speaking market. Yet the fact that the myths he debunks remain alive is the very reason his book is so necessary in a world that knows little about them.

“Mussolini ha fatto le cose buone” reminds us that the self-proclaimed “Duce’s” rule cannot be separated from his Hitler-style troopers in black shirts or the racism and violence they spread.

Most ironic is that much of what Mussolini is still praised for he had little or nothing to do with. That credit belongs to previous governments, democratic ones. A pity that this irony is lost on so many.