Bonus points from The Man 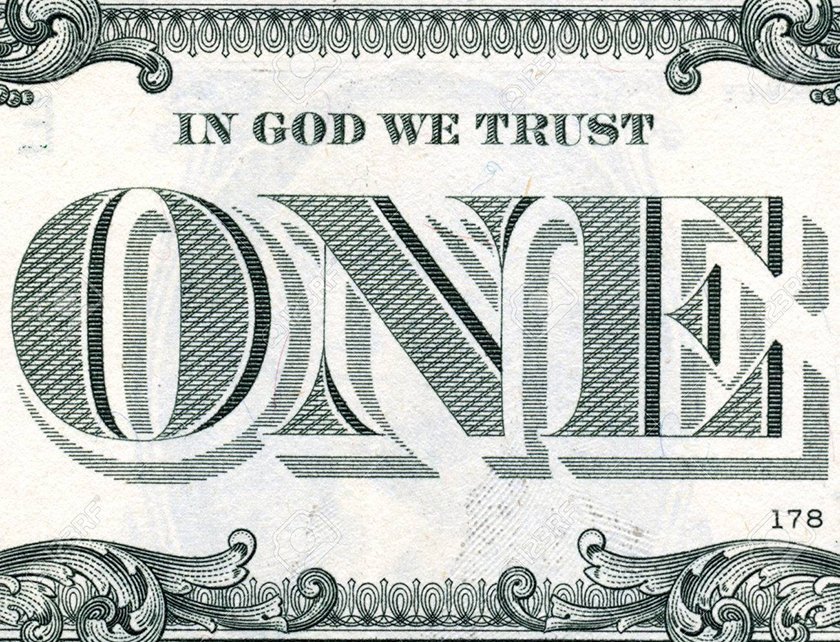 If you have any doubts about Americans, just remind yourself that He told them to write this on their money...
T

he other day a CNN broadcaster stared at her audience and stopped midsentence: 90,000 Americans, she said with a sigh. Since plenty of people can’t hear, she decided to say it again, this time with a passionate emphasis: 90,000 Americans! Unthinkable.

Some of you who for whatever reason don’t live in our great country – if they wouldn’t let you in that’s your problem – just couldn’t get what she was trying to say, since she was so typically subtle.

I thought I’d try to help her out.

Now then, we all know science and statistics are really big these days. It’s hard to imagine a decent pandemic working its reverse magic without such incredibly devoted accomplices.

I mention this because something has come up about how American virus deaths fit into the bigger picture bigger, which includes European nations and other even more marginal spots we’d usually refer to as “elsewhere.”

According to the HIL’s VD index, one American life is worth approximately 2.2 Western European lives.

It looks as though these “elsewhere” people, who have 200,000 deaths of their own, haven’t taken the time to examine the latest report from the Human Importance Lab (HIL), making nice and honest people like the CNN broadcaster look bad. If these random “elsewheres” had taken a quick peek at the HIL’s all-important Value Denominator (VD) index, updated in June 2019, they would have immediately understood what the fuss was about.

According to the HIL’s VD index, one American life is worth approximately 2.2 Western European lives, 3.7 Eastern European lives (not including Albania, at 4.1), and 5.6 Russian lives. South Asia and China are about even at 6.6, with all of Africa at 7.4 (minus parts of urban South Africa, which the HIL applauds for its “cool port and Caucasians.”)

China has made a pretty good run, but no one really knows if those guys are telling the truth.

This statistical look at things should make you understand why we’re upset and annoyed to have to carry such a disproportionate weight. It takes America First to places we did not have in mind.

Think about it. If you live in Baku or Lagos you’d basically have to imagine the total wiping out of your total national populations to wrap your head around America’s losses, assuming you even have that many people or know how to count them.

Why are Americans so special?

Well, they created Manifest Destiny, a phrase they got directly from God and means, “We are cooler than anyone on the planet ever has been or ever will be and everyone should know that.” (I am paraphrasing a longer message from God that came in more than 100 years ago.) Also, we include people of all races, colors, and creeds, which (even though we don’t necessarily like other races, colors, and creeds) means we really are everyone, so talking about the “elsewhere” is irrelevant.

We also created (or God did) Bill Gates and Steve Jobs and before them, Henry Ford and the Wright Brothers, who made computers, cheap cars, and flying. Sure, some people from other places helped them but they don’t count in the index since they weren’t American at the time. For example, the English invented the jet engine, but Americans created business class and happy hour and made up the phrases “fasten your seatbelts” and “my way or the highway.”

What this means is that when any American dies of COVID-19, the world needs to grieve at least several times over, and tons more if you’re from Wuhan, better known as Wet Market Sodom.

Americans suffer more acutely the pains of mortality because they’d prefer a burger and fries.

It’s too bad people around the “elsewhere” don’t get the extent of our losses and keep comparing our death toll to theirs. It’s a pretty embarrassing mockery of true science and statistics.

If you want further proof, let me just cite the city of New York, or more specifically the Manhattan part. That borough’s people are worth 5.6 rural French and 4.2 Parisians. That drops a bit for those camped out under bridges, but I think the point’s pretty clear. You just can’t imagine the massacre we’re enduring. Okay, it’s not as bad as what we did to Native Americans but they didn’t understand God or Manifest Destiny, and 100 million isn’t so bad in context.

Another salient detail, astutely noted by the “American Journal of Being American,” and this is verbatim from a 2019 study: “Americans suffer more acutely the pains of mortality because they’d prefer a burger and fries, or a latte, and without these things in hand, the process of getting sick and possibly dying is magnified beyond the comprehension of any other people anywhere, even if they also have burgers, fries, and lattes. American suffering is louder and therefore more credible and poynant.” (The periodical uses the American spelling of the word.)

No matter how hard you try, you “elsewheres” won’t understand what COVID-19 is doing us, to the point that the virus is ignoring orders from the president to get lost, or else. And he’s in contact with higher authorities.

Again, should you have even the slightest doubt about the total accuracy of what I’ve told you, have a look at any dollar bill and you’ll see the words “In God We Trust.” Well, guess who told us to put those words there. Yes, the man.

That’s why nearly 70 percent of our people with this bug have recovered, 90K dead and 273K rescued. The upstairs guy won’t lose his cool, not when it comes to destiny’s offspring.