Beasts of the Cretaceous II 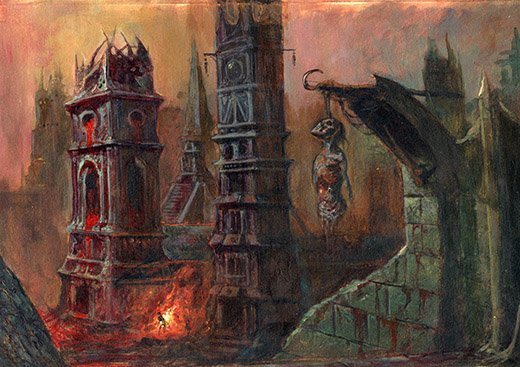 When in Necropolis, don't forget to sightsee.
A

fter being delivered to a child psychologist to exorcise my affection for all things gone – my inner world hinged only extinct reptiles and the Titanic – I again flirted wih that fate when I demanded to know the exact population of the all-time dead.

To my father’s observation that China might soon have a billion people (it was 1962), I nonchalantly (and confidently) replied, “That’s not as many as the dead.”

My father added India and Indonesia, apparently to appease me, but it was to no avail. I cared little about Calcutta’s swamp of miseries or Jakarta’s boomtown slums. I wanted only an accurate head count of the dead, which I somehow regarded as the cornerstone of all mystery.

By my nine-year-old reckoning, the dead must outnumber the living by at least 6,011-to-1, a somewhat arbitrary calculation that nonetheless suited me just fine. After all, based on human lifespan, parts of two to three generations walked the world at any given time—until victimized by ancientness or calamity, my preferred emphasis on the latter.

I wanted only an accurate head count of the dead, which I somehow regarded as the cornerstone of all mystery.

This sort of thinking, apocalypse always at the ready,

fed my romance with dinosaurs and the Titanic, but I won’t get into that again at the risk of annoying my late father (who in life was never late).

Plato actually got around to the matter of the dead before I did, though at the time I didn’t know who he was so I didn’t consider him a rival, let alone my equal. In any event, Plato had posited that the dead represented “the silent majority,” a sobering observation Richard Nixon rather curiously applied to his backers. He meant those patriotic conservatives drowned out by big city liberalism. The living dead helped elect Nixon, as they did Donald Trump. At different times, both had zombies to thank, if only they knew it.

For me, the population of the dead mattered because I saw no reason they shouldn’t have a state or country of their own, albeit hidden, assisting all those who truly believed in diversity. They wouldn’t be zombies or monsters, just average goners looking for a coherent (and numerical) identity. They could live in their capital, Necropolis, just a few imaginative streets down from Superman’s Metropolis. They could also have a flag and armies and ocean liners and, with luck, even befriend long-gone reptiles in the trans-species spirit of simply no longer being around. The dead and their pet dinosaurs: Imagine the camaraderie.

I tried explaining my view of the dead to my mother, who called the whole thing “houlish,” as in a stew, or so it sounded to me. I had no idea what a stew had to do with anything until I made allowances for her accent. She apparently told my father, and soon I was once again on my father’s Freudian hit list.

A boy should be concerned with life, not death, he said. I should look forward.

I did, I replied. I looked forward to the day I’d finally learn the actual population of the dead.

Sadly, I never did. I asked a history teacher about it at school and was sent to the nurse. I then asked the nurse, who called my mother. An appointment with the psychologist seemed imminent.

Except that when my father called him, he was told the doctor had died suddenly. This I took as an omen, and vindication. If I wasn’t Shiva, destroyer of worlds, I was Christopher, population advisor for the afterlife. I liked this title and took it to heart. I never abandoned the dead but never spoke about their numbers again. I figured I’d be able to total them up soon enough, this time in their midst, catching up with Titanic passengers, chatting up a reptilian storm, and sightseeing my way through Necropolis — all this before falling asleep.