Back to school, please 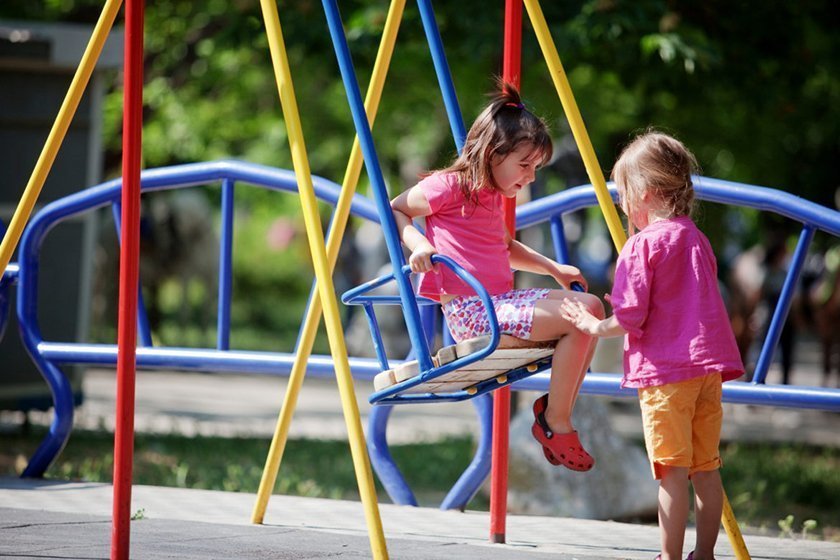 Cooping up kids at home, away from their peers, is a recipe for trouble.
W

hat do you remember from elementary school? Are the first memories that come to mind the contents of classes? Is it the classes — history, geography, science? How much of the courses have you actually retained?

I remember the Hanging Gardens of Babylon in fourth grade. They sounded so beautiful, and as an adult I’ve made my terrace into a sort of hanging garden (though my sock and t-shirt drawers have a tendency to display a sort of terraced-garden look as well).

I remember our 7th grade teacher insisting that the answer to the question on the science test, the one that asked what part of the tooth was the hardest, dentin. We had written “enamel,” which she marked as wrong because there was a mistake in her answer book. It took five of us showing her the error in the book before she admitted we were right.

I do remember learning to read, because I liked it, though “Run, Spot, run” was pretty boring.

In 6th grade there was an illustration of poor immigrants (Irish and Italian) fighting to catch wormy cabbages thrown to them from a truck, an image that came to define my idea of poverty.

I do remember learning to read, because I liked it, though “Run, Spot, run” was pretty boring.

As a whole, I remember snippets, often tied to people and context.

I wasn’t at all a poor student. I loved school and did well. But what made it so special was the presence of the other kids — especially because I grew up on the edge of a woods with no children nearby. Being around other kids was salvation for me.

Why these recollections at this moment? For that I have one of my many bright students, Virginia Moranti, to thank.

On a forum dedicated to my course work, she posted some thoughts about the effect COVID-19 and lockdowns were having on children. Not surprisingly, her research suggested the impact was psychological.

In recent months, I’ve read a lot about the need for schools to reopen. The logic, however, has been that if they don’t, students will fall behind.

I value the importance of education — I am, after all, a professor — and it’s not my place to comment on the hazard the virus might pose to children (as well as to others through contagion) if schools are open. At the same time, if the impulse to keep them open is to ensure kids keep up with the curriculum and don’t lose out on knowing the difference, say, between a cirrus and a cumulous cloud, keeping them closed will result in little loss.

But if instead you’re talking about how lockdowns have damaged the kids in human terms, the tune changes. Most are stuck at home with parents, many of whom are trying desperately to work amid the upheaval. This in turn leaves kids to their digital devices, divorced from any kind of social contact.

If you set aside learning about clouds or Spain’s leading export, there had better be a very good and scientifically sound health reason for keeping schoolyards empty.

First and foremost, children need their parents, and the comfort, responsiveness, care, and smiles they offer. They must form strong attachments that will give them strength later on to deal with the difficulties of life.

They grow able to get along, and also to control their aggression.

But just after that parental component, they need other kids. They need to play; they depend on social interaction.

I’ve already written about what kids learn just from playing with others.

Though that’s not the purpose of play, it’s a very nice side benefit.

In fact, much of what they get from school has to do with being with other kids, seeing how they live and how families other their own work. They relate to “new” grown-ups. They grow able to get along, and also to control their aggression. They come to understand why such control matters (not just because a grown-up says it does, but because nobody will want to play with them if they don’t exercise control). They become able to share because otherwise they can’t really play. They grow able to resolve conflicts, feel empathy, and act altruistically. They become happy.

Notice I didn’t use either the word “teach” or “learn.”  Not all we know and can do is learned, and not all that’s learned is taught. School should be, and sometimes is, where children become social beings in a world of other social beings. It’s where they have opportunities to socialize and play and develop.

Learning about the Hanging Gardens of Babylon, however important, is just a plus.

So by all means, get the kids out of the house as soon as possible, get them together in school and outside as soon as it’s safe. Not doing so opens the door to other dangers: isolation, anxiety, depression, and one of the most unsettling feelings that people of all ages can feel, loneliness.