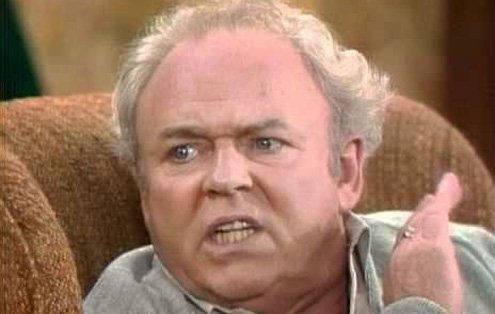 emember Archie Bunker, the prototype blue-collar character who anchored the wildly successful American TV show “All in the Family” through the 1970s? He lived in Queens, New York, was relatively well off, protected by his union, growing ever more conservative, and trying somewhat unsuccessfully to come to terms with new social issues, including the Vietnam War, student unrest, gays, race, loose sex, the economy and so on.

Well, Archie left the building long time ago, leaving his lot in tatters. The long and difficult blue-collar ascent into middle class status made possible by the welfare state and government-sponsored development policies has been reversed, shattering illusions of prosperity.

You can see the reversal in all industrialized countries, including Japan, which once had a legendary reputation for aggressiveness and business success. Over the last two decades, the industrial working class was victimized by free market dogma and radical economic changes. Rising unemployment, increased industrial competition and the downward lurch in commodity prices also played a part, with growing uncertainty and a paucity of strategies putting a damper on the global outlook. Governments lowered interest rates and pursued non-distributive fiscal policies that favored the wealthy. Industrial investments collapsed. The entire industrialized West tumbled into stagnation and lengthy recession.

American workers were hit particularly hard. The precipitous fall in disposable income, possibly at the fastest rate in a century, saw hourly wages that ranked as the highest in the world in 1970 fall to sixth place internationally. They now stand at about two-thirds below Western European averages.

The drop-off in disposable income has torpedoed industrial production and increased final demand, the last warning before legal action. One-income families are a rarity except in the most lucrative sectors, with women bearing the brunt of the downturn. Some now work 80-hour weeks holding two and perhaps three jobs in the service and the fast food sectors.

Reversing these trends, and the income polarization they’ve created, is likely to prove slow, difficult and contentious.

Much has been written about China’s slowing economy. The Eastern giant seems to be entering a relative recession that experts say will hinder its ability to “bail out” the West. Yet China watchers seem to forget that the country’s GDP grew more than 300 percent over the last three decades, a historic leap that transformed the Chinese economy into the largest in the world (a position, by the way, that it held up to the year 1800). China must now digest its unprecedented growth and rationalize its industrial system. This implies slower growth rates, closer to four percent a year than the recent eight. The same holds true for India, which is still growing at over seven percent a year. Simply put (perhaps too simply), the biggest BRIC countries — Brazil, Russia, India and China —will not be the salvation of Western economies.

The West, meanwhile, will be unable to indefinitely put aside demands from those who have fallen behind. Their demands and numbers are growing. Political conflicts lie ahead. More than ever, Western countries are polarized, paralyzed and divided into two blocks. Conservatives and monetarists are obsessed by public deficits and opposed to government intervention. They see interest rates seen as the only possible regulatory instrument. Keynesians in turn seek fiscal reform and large-scale public investment to assist lower income groups. They also want higher tax rates for higher income brackets.

So far, government antidotes to the economic downturn have failed. The policy of massive quantitative easing followed by Western central banks — pumping liquidity into markets — has helped reverse the post-2007 downward debacle but without producing any promise of real and long-term growth. The situation has been softened by an unexpected plunge — unexpected to experts, at any rate — in the price of raw materials, oil only the most visible. Nonsensically, analysts, mostly from the financial sector, argue that lower oil prices helped provoke the current recessionary phase. While this defies logic, it reflects the fears of a financial sector faced with dire prospects.

While most Western economies have begun reversing the 2008 downturn, registering modest rates of growth, around 1.5 percent on average, this has been driven almost exclusively by private consumption. It is not a recovery, at least the way not they have been known in the past.

How to exit the rut is a hot topic. Alan Greenspan, former chairman of the FED, sees long-term stagnation “à la Japonaise” as the main danger facing the U.S. Yet no clear counteracting policy has emerged. The problem is also reflected in recent fireworks between the Italian government and the European Commission. Italy accuses the EC President Jean-Claude Juncker of failing to implement his program of massive Commission-led EU investments. Juncker insists the Italians asked too much. In fact, it is a weakening but still influential German government that stands in the EC’s way.

This paralysis is destined to continue at least until the U.S. presidential election in November. Some live with the hope, no doubt utopian, that the American electorate will finally deliver some sort of decisive verdict. For now, it’s safe to believe stock markets will remain locked in rollercoaster mood. And Archie Bunker will remain stuck in the doldrums.