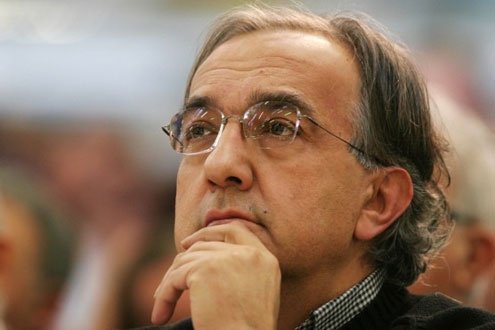 Fiat's Sergio Marchionne: "One hell of a poker player."
O

n New Year’s Day came word that Fiat had completed its merger with Chrysler, paying $4.5 billion to acquire the 41.5 percent stake still held by VEBA, the Chrysler workers’ pension fund. The move came five years after Fiat bought a controlling share of then-bankrupt Chrysler for $6 billion. Since then, Fiat CEO Sergio Marchionne began a reorganization and industrial integration process that has so far yielded a spectacular turn-around and helped restore the fortunes of the long-troubled American car manufacturer.

The completion of the buyout is good news for the American auto industry and the U.S. government, which had strongly backed the deal. The new company will have an output of six million vehicles annually, making it the seventh largest global automobile group.

Chrysler’s recent history has been both complex and troubled. In the 1980s, CEO Lee Iacocca’s much-publicized effort to salvage the company started strong (bolstered by U.S. loan guarantees) but eventually derailed. A similar push by Germany’s Daimler Benz, which paid more than $29 billion to acquire Chrysler in 1999, led to a colossal fiasco. The Germans eventually bailed out, swallowing a net loss of more than $10 billion and leaving the venture with a tarnished reputation (BMW endured a similar fiasco in the UK, where its 1994 purchase of Rover ended in a “garage sale,” with six-year losses totaling more than $1 billion).

Fiat has high hopes that Chrysler will allow it to become a world operator, with production in the U.S., Brazil (where it’s growing fast), and Italy, where it intends to build a new generation of small-to-medium sized cars and luxury models. It also hopes grow in Eastern Europe, where it already manufactures small cars.

It’s far too soon to tell whether Marchionne’s gamble will pay off. So far, Fiat’s U.S. operation has fallen well short of the miraculous, with a steep drop-off in already modest sales in the second half of 2013.

At the same time, much-maligned Fiat has shown a resilience some of its larger competitors can’t match. It has high but not unmanageable debt; its products are technically good; its production line is increasingly integrated; and the company has begun to create an international, multilingual management. Forbes recently labeled him “one hell of a poker player.”

The U.S. government has also played a critical role, which began within weeks of the 2008 financial crisis. Most likely, Washington intervened to avert an automotive “moral hazard” following the very public collapse of Lehman Brothers and its fallout. It wasn’t the first time Washington had intervened to save what it saw as a strategic industrial sector. In 1984, the U.S. pumped in $4.5 billion to keep Continental Illinois Bank from insolvency (the crisis led to the phrase “too big to fail.”) Fourteen years later it propped up Connecticut hedge fund Long-Term Capital Management with $3.6 billion worth of recapitalization. Notwithstanding traditionally strong free enterprise rhetoric, Washington has long acted as a last-resort backstop.

In fact, the financial sector has played only a marginal role in the salvage effort that followed the 2008 meltdown, something sociologist Thorstein Veblen might have predicted more than a century ago.

The Norwegian-born Veblen (1857-1929), the son of immigrant parents, was among America’s foremost sociologists and economists at the end of the 19th century. He taught at Yale, Chicago and Harvard, and helped found the New School for Social Research in New York City.

Veblen’s most enduring idea, expressed in any number of landmark books, was that financial and industrial interests were fundamentally incompatible. He advocated scientific and technocratic management of industry, primarily by engineers. He repeatedly warned that financial interests could undermine industrial development. For Veblen, business self-indulgence invited massive waste and opened the door to “conspicuous consumption,” a phrase he coined.

The Fiat-Chrysler merger seems curiously in line with Veblen’s antidote to business manipulation. There has been minimum participation by financial institutions. The industrial strategy seems strong and well thought-out. Contrast that to the Daimler-Benz investment in 1999, which involved some $20 billion in financing from banks and left the company heavily debt-ridden. Moreover, the Germans paid little effort to fusing Chrysler management with that of its counterpart at home.

The cost of Fiat merger is estimated at around 10 percent of German commitment. Underlying the deal is a desire not only to increase market share but also to create new and sounder industrial entity from the ground up.

The deal suggests that some managers are more mindful of the downside to the easy but reckless financing that dominated the 1990s and early 2000s. Expensive mergers and acquisitions, often achieved at disproportionate costs, characterized many of the transactions conducted in those years, with banks reaping most of the returns. With industrial investments down sharply in the West, recovery will depend on less unwarranted optimism and a much more careful use of finance.

The Fiat-Chrysler deal has the makings of a step in that direction.