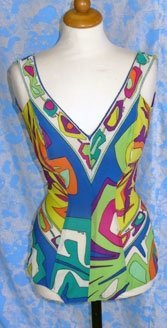 was sitting on a beach chair in Elba reading “Gone with the Wind” when I realized that the woman next to me had removed her bikini top. I hadn’t paid much attention to her when she arrived other than to note she was better suited for a one piece, being over 50 and all. But it was merely a thought before I was drawn back into the tangled mess of Scarlett O’Hara’s life.

It wasn’t until she started fanning herself that I realized her top was the fan. I averted my eyes like I would in a locker room when it dawned on me we were in public. I looked again, mouth agape. Forcibly, my eyes came back to my book, I closed my mouth and willed myself not to stare. Instead, I looked at myself in my linen skirt and top, flip flops, hat, sunglasses, spf 50 sunscreen and beach umbrella.

“I am an American prude,” I thought to myself.

Under cover of book and sunglasses, I began to look around. I was surprised that I hadn’t noticed it before. There were topless women lounging about, talking with friends, and out getting their feet wet.

“Go out a little further, honey,” I wanted to say to the lady whose breasts stretched over her stomach rolls to meet the bottom roll. But I knew that lady didn’t speak English. She’s staying at the hotel where my husband works. German.

I looked over at my husband, Massimo, who was sleeping on the beach chair next to me.

“Massimo,” I whispered loudly, “are all the beaches in Italy topless?”

He snorted and jerked and I had to repeat my question several times before I had his full attention.

“Well, the women here wear summer dresses and they look better when they don’t have tan lines,” he said.

“American women wear sundresses too.” I was indignant. “Besides you can’t tell me that woman isn’t going to have some funky tan lines. Unless she likes vertical stripes on her stomach.” I proceeded to tell him the process for sunbathing with minimal tan lines. Then I pointed out, “I’ve never seen a group of topless women eating sandwiches with a bunch of Speedo-wearing men. It’s weird.”

“What’s the big deal, Kristi? It’s natural.” Massimo turned toward me, glancing over my shoulder. He sucked in some air and said, “Oh.”

I raised my eyebrows in emphasis of my lamentations.

“They’re customers,” Massimo said quietly and returned to lying on his back. A few minutes later he added, “somehow, I feel like I’ve been intimate with the man’s wife. And I didn’t want to be.”

The following week, one of the lifeguards confessed that he makes the topless sunbathers move from his area when kids are around. He said the kids completely stop playing and stare. So he feels he can ask the ladies to cover up or move even though it’s not policy.

I was surprised to hear this since I figured when the subject came up I’d be interrogated about American conservatism. Surprisingly, the other hotel employees, mostly men, all agreed with the lifeguard. They felt that while it should be acceptable; it just isn’t.

Then, as is human nature, they searched of someone to blame, “it’s the Germans,” one pointed out.

“Yeah, Germans,” agreed the others.

“They don’t dress well. They don’t undress well either,” the first one continued.

While they all laughed, I was relieved that for once I wasn’t the odd one out.

About the Author: Kristi James

Kristi and her husband, Massimo, have a home and farm in the Abruzzo but are currently living in Seattle, Washington. They spent a year working on the farm with Massimo's family before realizing they were better suited for city life. Kristi writes cultural humor essays and book reviews. Her work can be found in Christian Science Monitor, You and Me Magazine, Six Word Memoirs on Love and Heartbreak (January '09), and right here.