America first — at what cost? 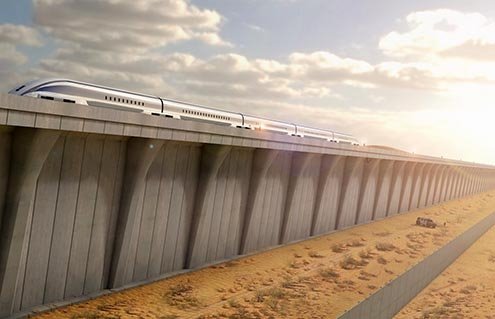 Trump: Dreams of walls and fast trains that run on time.
D

onald Trump’s inauguration speech was like no other in American history. It could have been made by a Third World leader full of grudges and intent on thundering against the evil doings of international capitalism, multinationals, and the shortcomings of globalism. To a foreigner it sounded eerie: it was rhetorical, simplistic and didn’t seem to reflect a political and economic power of the stature of the United States. It described an outside world bent on exploiting and attacking a defenseless country.

President Trump’s first actions were aimed at dismantling some of the long-term policies of his predecessors, such as the Affordable Care Act and the Trans-Pacific Partnership while reinstating the contested pipelines in North Dakota and sparring with Mexico over the infamous Wall designed to stop immigration.

The new Administration also wants to block or at least reduce foreign investments by American manufacturers abroad and may well introduce protectionist import tariffs. “Germans have to import GM cars,” Trump has said. Forgetting that Opel (fully owned by GM) and Ford are among the main European car manufacturers. It should be mentioned that German, Italian, and especially Japanese car manufacturers have made heavy U.S. investment.

Trump’s America First concept is a rather dizzying about-face since globalization, however it’s defined, is something that’s been consistently promoted by every U.S. administration over the last three decades. The World Trade Organization was created and international trade expanded rapidly. In fact, the main beneficiaries of the trend were rapidly industrializing developing countries such as China, which has become the world’s second largest economic power, as well as India, Brazil, Mexico and others.

Trump’s promise to stop both Mexican Immigration and halt the movement of people from the developing world toward the West is a pledge that united large chunks of populist public opinion both in the America and Europe. It verges on a growing and menacing form of racism that combines a loathing of outsiders with specifically anti- Muslim sentiment. It’s a familiar phenomenon in countries beset with economic depression and burdened by growing inequality in the distribution of wealth and income. People seek redress and scapegoats. They’re impressionable.

In this respect it’s interesting to note that a majority of Asians and Africans living in the UK voted in favor of Brexit because they feared job competition in the semi-mythical form of Polish chimney sweeps allegedly flooding the country.

Heavy infrastructural and industrial investments are also on Trump’s agenda, though they’ve yet to be specified or quantified, Supposedly they refer to a massive upgrading of country’s antiquated railroad network, as well as roads, bridges and decaying industries. There’s even talk of rebuilding steel works in Pennsylvania. But who will finance all this: the private or the public sector, or a mix of the two? And how much would it cost? A shorthand estimate of what it would cost to build a TGV-style rail system down the West Coast based on the European or Chinese model comes in at around $1 trillion. Enough to keep the new Administration busy for several years.

But the U.S. isn’t along in reveling in angry populism. This year, France, Holland, and Germany will all vote in national elections. The political equilibriums that have traditionally governed these countries may not survive. This could potentially, open a new era of political and social instability. The euro could also weaken, or even be abandoned, thus opening the door to a new currency crisis that would also affect the U.S. dollar.

The prospects are not exactly encouraging and are made more worrisome by the general lack of preparation of the political class everywhere. Leaders and legislators seem unable to fathom the complex political and technical issues of our times. The Brexit referendum is a case in point. The public was flooded with oversimplifications or outright lies, bulwarks of the so-called “post-truth.” It was only after the referendum that the complexity of the issues emerged and it became clear that the negotiations between the Teresa May government and the European Union would be hard and contentious. The public had been led to believe it was basically a supermarket choice. That Parliament and the House of Lords will get a say may further prolong the length of the negotiations.

A recent Facebook exchange between two U.S. citizens on health care provides a bitter example of the dangers of oversimplification. “A” asserted that it was a good thing Trump would be dismantling Obamacare.

“You fool” retorted “B.” “There goes your health insurance.”

“Oh no,” said A, “I don’t get my health care from Obamacare but under something called the Affordable Care Act.”

“B” then laid into “A” for being stupid and gullible. “A” withdrew in silence. Obviously “A” hadn’t taken the trouble to find out what the ACA was, falling instead for conservative political propaganda.

There are no easy solutions to the problems facing industrialized economies. The monetarist approach in Europe will not extract the EU from its slump. Central banks can help — but also in some cases hinder — economic recovery. But tinkering with money supplies and interest rates cannot alone create the conditions necessary for economic growth. That role belongs to governments. Either Europe chooses to move ahead collectively or it will be forced to return to the nation state model. If the latter prevails, protectionism, autarchy and the struggle for markers will all make comebacks. But this regression will create its own set of problems, since the old nation states no longer have resources, financial or otherwise, to revive their economies.

The same appears to be true for the United States. Despite its problems, the worldwide economic system grew under — and as a consequence of — U.S. hegemony. That period is over. The Glorious Thirty Years, as French economists and historians label the period after 1946, ended in the late 1970s and not enough has been done to create a new workable economic system. An America First policy is woefully lacking. It was not by chance that immediately after Trump’s Inauguration speech China proposed itself as the “guarantor” of a new world order. That is still no doubt wishful thinking, but nonetheless a harbinger of things to come.