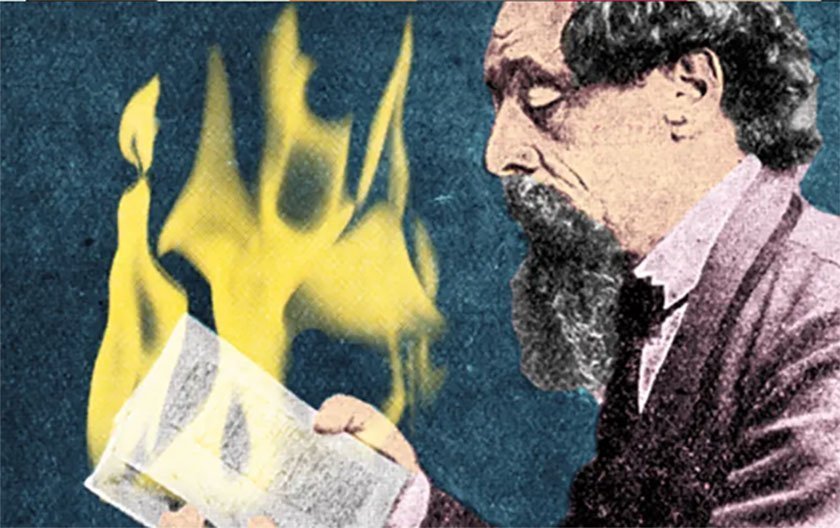 he state of Florida has issued death certificates for a family of four, missing since last week in what medical authorities called the state’s first case of “spontaneous combustion” owing to anxiety over the coronavirus epidemic.

State officials said Morris Camel, 47, his wife Greta, 44, and their two live-in children, Owl, 13, and Bream, 11, were reported missing on Wednesday, a week after Mr. Camel last went shopping for the family. Neighbors said Camel, wearing three masks, returned home empty-handed after a brief drive to a local mall, three miles away. Florida has been under virus lockdown for more than two weeks.

“He came back with a lot of empty bags, and making bird-like noses,” said Patricia Dolan, a neighbor of the Camel family who also works as a physiotherapist and part-time exorcist, though has been forced to suspend her work as a result of social distancing.

She said she became uneasy on Friday, when several large puffs of smoke emerged from the Camel home, forcing both flying cockroaches and reptiles away from the house.

“It sounded like a bunch of whooshes,” she added.

Mr. Camel and his wife had both been laid off from their pest control business by local officials who told them they could pose a health hazard to insects everywhere.

“This really upset Morrie, who just kept watching CNN to see if insects had gotten infected,” said co-worker Mammet D’Abo, who worked for the Camel family business as a “rat whisperer.”

He said both Mr. Camel and his wife had shown signs of depression, eating large quantities of leaves and gravel, as well as beginning to dislodge the roof from their two-story home.

“He [Mr. Camel] said he wanted to communicate better with the forces of nature and ‘connect’ with what he called ‘the viral universe,’ which I guess was like God or something.”

According to investigators, both Owl and Bream had become increasingly despondent, with Owl abandoning his social media presence and focusing on making matches, according to his friends.

“He said he was burning up inside and wanted it to be true,” said Marlene Favor, 16, a friend of Owl’s who refused to meet with reporters because she felt both anti-social and distant. “I honestly think they just all had enough and burned up.”

Camel, who had told pest-control coworkers that the lockdown threatened to impoverish his family and force them to subsist on “ants and porridge,” was treated at York Community Hospital in June 2017 for “breaking news addiction,” and released only after a month of detox.

“I think they went back to watching and listening to everything, and since they didn’t go out, and, well, were pretty intense, anything could have happened,” said D’Abo.

Marlene Favor, 16, refused to meet with reporters because she felt both anti-social and distant.

Small “patches” of soot were discovered in the Camel master bedroom, but officials refused to confirm the ash might be the remains of the anxious couple. “It’s too soon,” said coroner Joe Thrikle. “I mean, he might have started smoking.”

Officials refused to confirm similar soot accumulations had been discovered in the rooms of the two children.

Gabe Wanton, whose psychiatric practice is located near the Camel residence and saw Mr. Camel from time to time, said “strange times,” adding: “I mean, put four people in one place, take away their job and livelihood, tell them some weird sickness is around, and basically lock them up, well, honestly, I’m burning up, so maybe they did, too.”

The term “spontaneous combustion” was coined by English writer Charles Dickens at the height of the late 19th-century Industrial Revolution, when poverty and death by disease were rampant. In his novel “Bleak House,” an alcoholic shop-owner named Mr. Krooks goes up in smoke.

“You just can’t dismiss it,” said University of Florida Dickens scholar David Copperfield. “I mean, he was right on the money with smallpox and other outbreaks. He thought too much woe could just consume people.”

So far, the coronavirus, which has received blanket news coverage for well over a month, has claimed more than 100,000 lives globally, with many previously sick patients unable to combat the high fever the virus usually provokes.

On March 3, a Chinese patient in a hospital in China’s hard-hit Hubei province developed a fever of 106, also the man’s age, and vanished without explanation. The Chinese hospital did not list him as deceased but “in transit.” No explanation was furnished.

“The other day Mr. Camel said he was going to ‘outdo’ the virus in a way it could understand. That sounded weird at the time, but maybe he’s onto something.”