A night to remember 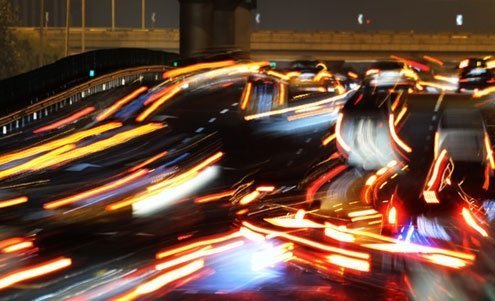 A wine-filled dinner, a Fiat 126, a faked run for cigarettes equals... trouble.
O

nce upon a time, when Italy wanted you, you went. You had no choice. Italy introduced the draft, naja in jargon, in 1861, and military service was mandatory until 2005. I’ll save stories about proudly serving my country for another time. For now, I want to tell you about happened the night before I reported for duty, traditionally a boy’s night out. The boy’s part wasn’t very hard since there were no women in my group.

Turn the clock back to Jan. 27, 1986, the Thatcher-Reagan years. We met at a pizzeria near Rome’s Cinecittà studios where we had a great dinner and wrapped things up with a game of pick-up soccer played in the bitter cold. Just how much we drank and how many cigarettes we burned through are the stuff of adolescent legend.

After the game, four of us decided to take a joyride. We snuck away from the others on the excuse we needed more cigarettes. At the time, my best friend Paolo had a sleek brown Fiat 126 Special. The idea — assuming we even had one — was to drive along Via Palmiro Togliatti, a wide avenue on Rome’s outskirts known then (and still known) for its parade of prostitutes.

Once we got there, everything happened in a flash. We pulled the clunky car alongside the curb to chat with one of the hookers when we saw a hotter one across the street. We all begged Paolo to make U-turn, which he did — just as an Autobianchi A112 plowed into us.

When our ditched friends caught up to us they found the street littered with metal, glass, plastic, tree trunk bits, leaves, and clothes. It looked more like an apocalyptic garbage dump than the scene of a two-car crash.

Amazingly, nobody was hurt, including the other driver (who somehow turned out to be our tennis instructor’s daughter’s boyfriend). Our dazed friends naturally wanted to know what the hell we’d been up to. But we were like a group of sulking Mafia lieutenants. One of us said, “I don’t know” while someone else insisted, and this was priceless: “I can’t remember, I wasn’t there.” We stuck to our cigarette cover story until two sweet young ladies walked up to the scene of the crime and called us by name.

Never mind that we didn’t have enough money to ask for anything more than maybe a kiss on the cheek — and even then we probably would have had to draw straws. As it turns out that wasn’t even the wildest part of the night.

After a crash, you thank God everyone’s okay and then call the cops. There were no mobile phones in 1986, so I went to the nearest pay phone. I gave the officer all the basic details. He asked if anyone was hurt, to which I said no. “Okay,” he said, “we’re on our way.”

Meantime, we’d drawn a crowd. Whether they were interested in the accident or the hookers is anyone’s guess, but we were certainly good for business.

A guy in a sleek white trench coat rummaged between the wreckage toting up the repair costs aloud (maybe he worked in a body shop). But then we heard a ripping sound. The guy had caught his trench coat on a long shard of glass. It was sheered in two and he just stood there shocked, half-nude and squeaking. He sulked away.

But the best was yet to come. A middle-aged guy also sifted through the debris until one of my friends figured out why: he’d pilfered the battery from Paolo’s car and hidden it under his coat. We caught him just as he tried to slip away. “I don’t have any power at home,” he told us. “I need it.” We let him off the hook out of pity, a double-dose since it was pretty obvious the battery was useless.

Then came a car with a seemingly happy family inside that tried to weave around the accident site. There was the father (driving), the mother beside him, and two kids in the backseat. They were so busy gaping at our car that they didn’t see the bashed-up second one. After the impact, the dad just sat stunned behind the wheel. Maybe he was too embarrassed to get out. Or maybe he was worried about his wife’s reaction, fair enough since she suddenly started screaming and punching him as the kids in back begged her to stop. They drove off leaving behind half a headlight and a piece of bumper.

I stood beside Paolo staring at the dreamlike scene and trying to make it all go away. That was when another guy came up and asked us if we could please move our totaled car, which made no sense. Until we figured out that our destroyed Fiat completely blocked him from exiting a side street. He had to get back to his wife, he wheezed. Apparently he’d also gone out “to get cigarettes,” but he’d also picked up something else along the way, and she (smoking like a fiend beside him) howled that she wanted to be returned to her corner.

We couldn’t stop laughing. We’d been drafted — an appropriate word — into a surreal skit. We decided to help the guy out by prying away parts of our car so he could wiggle through, along with his damsel in distress. I still wonder if he ever made it home.

Having started the clean up, we kept at it for hours, until nearly dawn in fact (all the while awaiting the police, who are no doubt still are “on their way.”) We finally gave up, piled into our friends’ car, and drove home. The next day we reported for duty.

I told this story over a holiday meal in Maryland. It included roast lamb chop with sweet potatoes, mushrooms and vegetables. I opened a bottle of California Cabernet made by our Napa Valley friend Thomas. Not too many Italians knew much about Napa Valley in 1986. But the memory of that night endures, all the more since one of our group, Massimo “The Cobra” Brasili, died recently. The story, and the wine, is for him.

— Aliotio-Pier Vineyards 2007 (Rutherford Cabernet Sauvignon; 14.5%; price tbd). Bright, ruby-color and tinged with maroon, this wine has an eclectic bouquet that hints at berries, ash, sweet spices, black pepper, and tobacco, with a balsamic burst. The whole assortment spills onto the palate and goes down gently before opening up to extraordinary freshness and flavor.

Though it’s well structured and ready to drink, letting it sit for another decade would probably yield a host of surprises. Problem is, I’m not that patient.