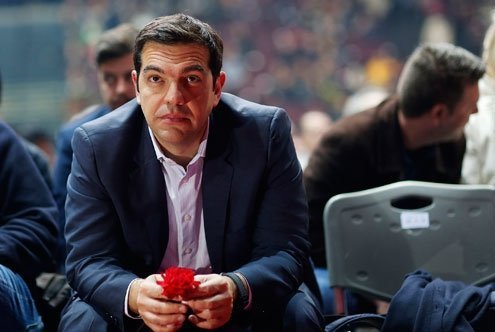 he longest European recession since the end of World War II may finally end his year. If it does, the reasons will be structural: the fall in commodity prices, and political: a very gradual shift in political attitudes away from absolutist austerity toward a more permissive approach to public spending and deficits.

These are the factors — if they hold — driving the potential for change.

Commodity prices began falling in the final months of 2014. Financial interests operating what amounted to a global Ponzi scheme had kept them at unprecedented and artificially high levels for years. Their drop-off is supplementing disposable income, which analysts see as rising throughout Europe. This may also trigger an increase in public infrastructure investments, presently at an all-time low.

Though it’s too soon to predict the full shape of the recovery, some forecasters are suggesting a 1.6 percent EU growth rate in 2014, rising to about 2 percent in 2016. These are low numbers compared to the United States, whose economy has been growing at around three percent annually. Even if they pan out, they will stabilize rather than significantly reduce Europe’s unemployment rates.

The European Central Bank’s “quantitative easing” policy, announced in January and directed at increasing the amount of national public debt absorbed by the ECB, is likely to soon boost European liquidity by around a trillion euros. Though the ECB move is an important policy shift, it pales compared to the U.S. Federal Reserve’s massive injections of liquidity over the past few years. The ECB has also made it a point of saying it will not finance future Greek debt, putting the onus of finding a solution on European governments.

In short, the conflict between monetarists, who insist national deficits and debt levels are unsustainable, and Keynesians, who seek to stimulate economies and therefore demand regardless of short-term deficits, remains ongoing, and bitter.

But some form of compromise may finally be taking shape.

It boils down to this: short term EU recovery depends on a rise in final demand and an increase in purchasing power. Sustainable growth, however, can only emerge through public investment in new infrastructure — local and regional railroads, water supplies, energy, environment protection, and so on. Technical expertise and management capacities are already primed in those sectors. What’s still missing is a comprehensive political will to spend.

Over the last two centuries such investment has given many a recovery its steam. But decades of grandstanding and ideological debate about free markets, free enterprise, laissez faire, monetarism, and the worth of economic planning have contorted the most obvious path. Now, any workable compromise will require skill and political wisdom.

Politics, alas, always has a way of upsetting the apple cart. In Greece, charismatic Alexis Tsipras and his anti-austerity party Syriza decisively won recent elections and have vowed to make the EU change its rules. Greece is desperate and the costs of a bailout are unsustainable. The Greek standoff is already disturbing the European political and monetary system.

But the moral responsibility is far deeper and more extensive. In 2009, with the Greek financial crisis looming, Germany and France extricated their banks from the Greek morass while pushing Athens to spend more on military procurements, thus benefiting Franco-German industry.

Earlier, during negotiations to create the euro in the 1990s, insiders suggest the Bundesbank pressured the Greek Central Bank to hinder the euro process and act as a sort of Trojan horse against the new currency. Apparently the conservative German establishment didn’t like monetary union from the beginning.

This checkered history and the depth of lingering resentment will make dealing with Greece a finesse job, with no immediate cause for excessive optimism.

“It is true that Greece got itself into irresponsible borrowing (although that irresponsible borrowing wouldn’t have been possible without irresponsible lending),” wrote New York Times columnist and Nobel laureate Paul Krugman. While Greece will be unable to repay its debt (“that’s obvious to anyone who has done the math…”), Krugman insisted German politicians had failed to fully explain how the situation grew so dire. “They’ve taken the lazy path,” he wrote, “moralizing about the irresponsibility of borrowers…” Worse, Germany’s instance on moralistic rhetoric hasn’t changed even with the election of a government that says it’s tired of hearing it.

In the coming months, Spain and Portugal could follow the Greek example. The Spanish radical movement Podemos, led by another charismatic figure, Pablo Iglesias Turrión, is on the rise and stands to play a key role in 2015 elections. So far, Greece, which has a marginal economy in European terms, is spearheading the anti-austerity movement. The addition of Spain would change the game.

Also of urgent relevance are political tensions outside the EU, particularly in Ukraine. In purely economic terms, permanent conflict with Russia is unsustainable both for Europe and Russia. As a result of the Ukraine boycott, Europe has lost a large export market as well as the supply of vital raw materials, while Russia is being pushed into a serious economic and monetary crisis.

Negotiations to prevent a European conflict and bail out the bankrupt Ukrainian economy will, like the Greek situation, also require great political and diplomatic skill, from all involved.

What’s worrying is that those qualities are in short supply.